The villains behind the big Indian layoff

Many employees have been made redundant and shown the door of late. And its mostly the startups which have wielded the axe. From the european crisis and the recession to inflation and the pandemic, the factors behind the widespread layoffs are not just limited but seemingly obscure 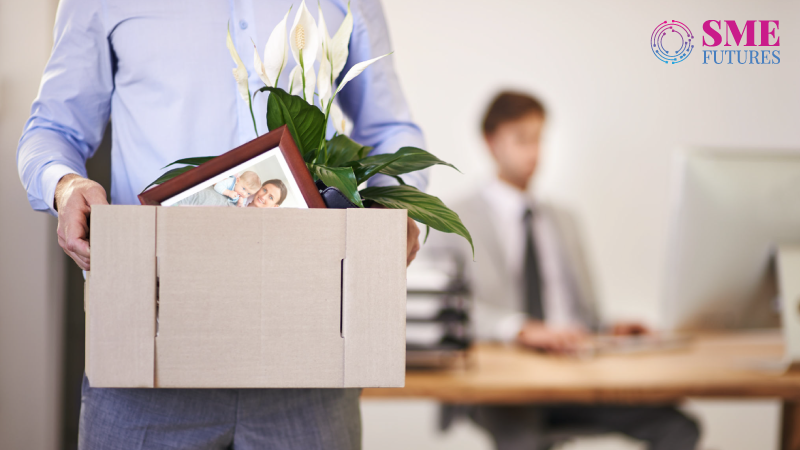 The GST conundrum: A super hard level for the Indian online gaming sector

The reasons behind the recent layoffs are many but there isn’t a definite answer as to why they are happening.  The massive layoffs in India have seen thousands of employees getting redundant and being removed from the workforce in a haphazard manner.

This is nothing new in a business cycle and has happened before with some insiders having foreseen the recent layoffs in last year’s projections. The IT industry is one of the sectors that has been hit badly. Edtech company, Unacademy, has laid off around 600 employees in April citing reasons such as non-performance and redundancy; this is around 10 per cent of the company’s total workforce. The reason that the company gave behind the shedding of its workforce is that it is looking to get profitable by the Q4FY22 and aims to invest for growth in their group companies.

Vedantu, another edtech platform, has also laid off 624 employees so far, accounting for 7 per cent of their total workforce. The reasons behind the layoffs were said to be the geopolitical crisis in Europe and the re-opening of schools as COVID tapers off.

“Currently, the external environment is tough. The war in Europe, the impending recession fears, and the Fed rate interest hikes have led to inflationary pressures with a massive correction in stocks globally and in India as well. Given this environment, capital will be scarce for the upcoming quarter,”

The layoffs are not just exclusive to the IT companies and are affecting every sector. Online gaming unicorn laid off 100 employees in May while exiting Indonesian market. Yaari, a social e-commerce platform gave pink slip to 150 of its workers. Similarly, another social e-commerce platform, Trell, laid off hundreds of workers in March amidst a probe in the financial irregularities at the organization. The following month, furniture rental company, Furlenco laid off around 200 employees. Meesho followed with the same in April, laying off hundreds of its employees from its sub-sect Meesho Superstore.

Until the last few months, the funding for start-ups was blooming, having reached record highs in the first quarter of 2022. As per Inc42 data, Indian start-ups raised more than $11.8 billon across 506 funding deals in Q1 2022. This is higher than the total annual funding raised in the year 2020 and 186 per cent more than in the same period last year.

The helicopter money that some of the venture capitalists (VCs) and early start-ups were enjoying will now see a decline with the incoming hyperinflation and stagflation, as the bubble is about to get popped. The start-ups are hence resorting to shedding flab by axing employees and thus, cutting back on employee-expenditure costs.

The late-stage funding is becoming slow for start-ups, and it will dwindle out eventually. Investors want the companies to go back to the basics, to the traditional ways of making profit rather than negative cash burning. They want to have a more profound role in the accountability and operation of these businesses.

Cars24, a used car re-selling company, laid off 600 employees from its various departments. It had become the first unicorn company in the used car market space by raising around $200 million in November 2020 and recently, closed a $400 million deal with Alpha Wave Global in their last financing round. The company reached to a valuation of $3.3 billion last year. The company issued a statement, calling it “business-as-usual”.

Another reason that is cited by the experts is the issue of over-hiring. Companies spent a lot of their funds investing on workforce resources during the pandemic, majorly focusing on the requirements and the demands of the curfew period. As the world opens up, their plans have shifted to accommodate the requirements of the open world. The massive pay hikes and hiring sprees are now hurting the companies, costing them a lot of funds over maintaining their workforce and is an easy explanation for why these companies are sacking a lot of their employees.

“The major reason for the layoffs is unplanned hiring… usually start-ups are in a rush to on-board talent that might be of no use after some time. Such layoffs and a toxic culture create conflicts and communication issues which later affects the mental health of the employees,”

explains Manas Pal, Co-founder of PedalStart, a start-up enabler that supports early-stage start-up founders, in an article by Forbes.

Companies deal in the Employee Stock Ownership Plan (ESOP) for many reasons. To align the interest of the employee with that of the shareholders; the employee feels more invested and performs better as they feel that they are a part of the company. Basically, this is done by providing the employee with shares of the company. The growth becomes proportional for both the parties. Companies do this all the time to retain talent, which they see as indispensable for their organization.

The layoffs stand in contrast to the ESOPs. While with the ESOPs, the companies strengthened one section of their employees, they went on to deprive the other section by not investing in them equally, causing a crisis which eventually led to the layoffs.

“The hire and fire policy adopted by a lot of these online start-ups will be detrimental to the growth of retail in the country. Due to inflation and other market-related factors, many online start-ups are laying off employees. However, we believe this is a temporary phenomenon. We believe that the online retail sector has huge potential and anticipating this growth, we are welcoming fresh talent into our organisation,”

Also Read: App store owners’ changed policies: Who will have the last laugh?

The Russia-Ukraine conflict has increased costs. The start-ups, like any other business, are being hit by the macroeconomic factors that are affecting the country as a whole. Corporations are going through a rough patch themselves and during periods like this it becomes difficult for the start-ups to raise funds. In fact, in these times, the shareholders of the large companies also take a step back from investing large amounts, they would rather want the start-ups to minimise the cash burn and start optimising.

According to Padmaja Ruparel, Co-founder of the Indian Angel Network (IAN) and founding partner of the IAN Fund, currently, the Russia-Ukraine war has increased costs, and the growth in online business is slowing down with the offline engagement increasing post-pandemic. “These major start-ups are large companies now. And like any company, they are impacted by different macroeconomic factors,” she is quoted as saying in Forbes.

The Federal banks in the US are increasing interest rates. The recent US stock market bloodbath, the geopolitical tensions due to the Russia-Ukraine conflict, the inflation in crude oil prices, and the changing public market valuation for tech companies are some of the global factors that are slowing down the growth of the start-ups. Adapting to this change in tempo would be a struggle for the early start-ups.

“Yes, we will see more downsizing of teams as fundraising is slowing down. Companies will cut the flab and hire prudently,” Padmaja Ruparel says.

Is there an upcoming recession on the horizon?

Analysts and economists are predicting an upcoming recession that will hit the US, Europe and China, earlier than thought of. The recession which hit the US during the time of the pandemic was the shortest of all time. Recently, the Federal Reserve hiked the interest rates from -to a range of 0.25 per cent to 0.50 per cent- for the first time since 2018. Suggesting a further hike in the federal funds rate to 2.5 per cent or more by the end of 2022.

Poor demand recovery and pressure due to inflation has triggered the rise in fear of a prolonged recession. The Federal Bank’s attempt to counter inflation by raising interest rates can soon plunge the US into recession, adding to the fear quotient among investors and economic professionals.

In India, it would be what is called a ‘technical recession’, where it will see the GDP decline for two consequent quarters. Recession is defined as a stagnant phase where economic activities are at halt and declining over a period that lasts for more than a few months.

A recession in the US and Europe will send shockwaves all over the world. The last recession that hit the US started in early 2017 and ended in mid-2019. It was the longest economic crisis in recent times. Since then, many experts say that the recession has only been delayed and is waiting to happen just around the corner.

“Right now, the central bank has a lot on its plate. It needs to balance the inflation narrative alongside the risk of sending the U.S. economy into a recession. Going forward, any further hiking action will come with caveats—we may see a more dovish approach to tightening, rather than the aggressive approach we have been primed for over the past year,”

As for the recent layoffs in India, it can be said that the high-scale companies which invest in start-ups across many countries have seen something coming for which they are preparing and taking the necessary steps to secure their firms. The global market and the European crisis all but suggest the same.

“Unlike the US, the Indian economy is not overheating. We haven’t seen demand fully recover in many sectors, so we are seeing inflationary pressures despite there being on aggregate, a slack in the economy. Our view is that the pandemic has led to certain supply-side destruction. Many changes took place during the pandemic which are leading to inflation despite the slack,” says Sonal Varma, Chief Economist – India at Nomura, a global research firm, in an interview with ET Online.

The Indian Government took its own steps during the pandemic period recession. The Reserve Bank of India, like others, opted for a loose monetary policy to ease growth. But this didn’t fight inflation, which kept rising quietly as the government rode the road to economic recovery.

These global and national factors all but lead to one single point: Delay. The delay in the recession due to inflation. Inflation is like a dragon sleeping in its dungeon, waiting for its time to conquer the world.

As many as 5,600 start-up employees have been laid off since the start of 2022. Call it bad management from the company’s side for going on an over hiring spree during the pandemic that they are now having to make amends for, the ripple effects of the European crisis or if the meeting rooms of the large companies are preparing for something that is about to come. Only time will tell. The business cycle will keep repeating itself. Nevertheless, the start-ups that survive today will have a hardship story to tell in the anticipated and upcoming period of success.