Home/ Technology/ App store owners’ changed policies: Who will have the last laugh?

As app store owners try to implement their changed policies to scale up revenues, developers, users and companies feel that these will hit them hard. Are these policies a kind of market power abuse? Google and Apple have their own justifications, but the developers are not impressed. 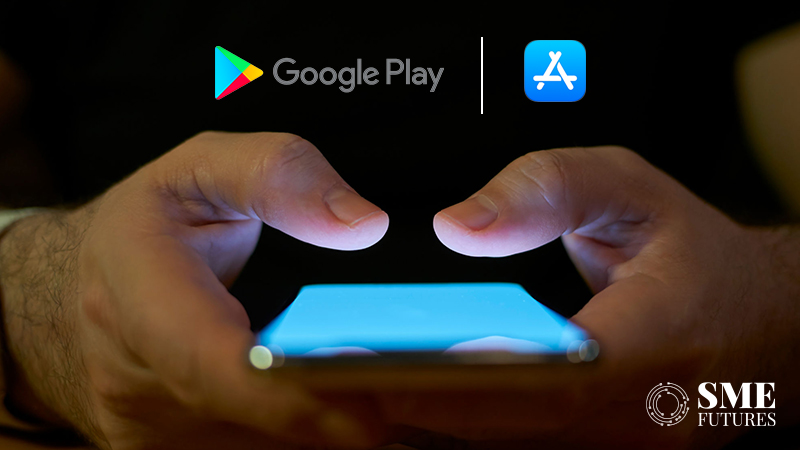 Leading experts weigh in on growing India’s economy in 2022

How technology is changing the landscape for businesses in 2022

The digital quotient of SMEs is soaring, bringing in more opportunities for this sector

The app ecosystem is under threat. There can be a major shift as the tech power houses Apple and Google are on the path to bullying companies by levying high commissions on those using their app store services. In India, until recently, the companies and platform owners were co-existing with ease but now, the latter have pushed forth certain policies that will enable them to make more profits than they already are.

The App store is a like a digital marketplace from where users can download apps. They come pre-installed in all the smartphones. Apple iOS devices come with ‘App Store’ while Android devices come with ‘Play Store’. Both have sizeable assets, enjoy a large market share and have a huge user base as well. Any changes in the policies of these companies will result in dire consequences for the developers, users and organisations at large.

Countries worldwide are taking these companies to court citing the fact that these upcoming policies are a way of abusing market power. Many countries have brought in laws and passed bills to stop this but are nowhere near solving the problems at hand.

Google and Apple charge developers to display apps on their respective app stores. Most of the developers pay a one-time fee but others dole out a lot of money as their business models begin to sustain with the help of these platforms. If Google’s new policies are put into action, the developers would have to pay a lot of commission for their apps, reducing their profit margins. The ripple effect from these policies will hurt the consumer-app relationship as well.

Google and Apple deduct commissions using their own in-house payment systems. For example, when you buy Tinder’s services; you are made to pay through Google’s payment system. Google deducts the commissionable amount from the purchase and then transfers the remaining money to the developer.

Apple had already brought in clauses in their policies banning anti-steering practices. They have been in effect since 2011 in most countries. In India, a majority of the people are Android users and since Google is now opting to do the same as Apple did back in 2011, the investors and company owners are unhappy. Reason- they would have to cut a large share of their profits among many other issues.

Google had been wanting to enforce these policies since 2020 and has been planning to implement them in the Indian market only recently. Starting from the June of 2022, the apps which don’t comply with the rules will be removed from the Play Store. This has faced a lot of backlash from several Indian developers, who are criticising the loads of commissions that they have to pay and their lack of freedom to choose their own payment system. The Competition Commission of India (CCI) is now investigating this matter in light of the concerns regarding market power abuse by the app store operators in the country. Having faced a heavy backlash from the big companies and developers, Google has delayed the enforcement of these rules in India from June to the October of 2022.

India faces yet another problem. In most of the countries, the governments enact an ex ante regulation to direct the course of such proceedings i.e., taking actions on showcased projections beforehand. India doesn’t facilitate ex ante proceedings; it only acts when an organisation practically puts their non-competitive nature and behaviour on display i.e., ex post, which is Latin for ‘after the fact’.

Google backs its actions saying that it needs a certain amount to keep upgrading, maintaining and monitoring their digital platform. Which happens to be a developer intensive task and requires the developers to be on their toes at all times as the platforms can encounter problems anytime. They also base their case on the fact that they provide a range of services as well that together bundle up to be quite cost extensive.

The new policies and their effect on the app ecosystem

The new policies that Google is trying to enforce in India will have consequences that will not just affect the developers but also the people associated with the developers and their organisations, hurting the consumer-app and developer-app relationship. Taking a brief look at these policies will help you to understand what they actually hold within themselves and how they will hurt the app ecosystem.

Bundling of services: Google and Apple provide a range of services to the developers which consist of providing data analytics related to the app like the number of downloads, the clicks on the app page, the age range of the visitors and providing feedback to the developers via user reviews among many other services. They don’t provide the developers with the choice to opt for the services required, instead they sell their services by bundling all of them together. The developers who can opt for cheaper and better options, according to their own specific requirements, have to buy Google’s bundle pack regardless. Moreover, there is no price breakdown of these services, and this is where the question arises as to what extent are these prices justified?

Anti-steering provisions: Steering is a way to direct users out of the app and provide them with a different payment alternative rather than mandating the user to use only the in-house payment systems of the apps provided by Google and Apple. Earlier, developers used to practice steering but since ‘anti-steering’ clauses have been added to the policies, the practice of steering has been banned and developers can now be punished by having their apps removed from the respective digital stores.

Developers argue that these policies are anti-competitive and stifling for the consumers. Alternatively, web pages can be used to solve this issue by using them for transactions but since they have longer load times and there is a lag in providing notifications, they don’t come across as a viable solution to the problem.

There remains a scope for Google and Apple to rank their apps high so that users download them more even if the reviews generated are against them or they themselves are using fake reviews to rank them up. We cannot know for sure as there is no accountability.

Let’s take the case of Apple Music and Spotify. Apple has its own music streaming app called ‘Apple Music’ which gives direct competition to apps like Spotify and Gaana. Apple can play with the algorithms to place their own apps at the top of the rankings. Apple would always deny this but where’s the accountability?

Review processes: Apps that don’t follow the guidelines and rules of the app store are subjected to removal. This is to maintain a clean and friendly user interface and environment. Gambling, child endangerment, and illegal activities are all banned on app store under Google Play’s development content policy. Although developers can plead against the removal of their app, the app store has complete control over the entire process.

Developers, at times, allege that their apps have been removed without any valid reason. They can’t even manage to get the entire details of the situation and are only provided with reasons such as, a change in policies and procedures. This makes the review process opaque whereas it should be transparent. The companies also take a lot of time for this process, and this causes a lot of delay, which acts as a hurdle for the fast-paced tech companies as their business models heavily rely on the digital platforms. All these reasons, especially, the anti-steering and review process policies show that Google and Apple have a lot of dominance and control over the app ecosystem. These can have a major and adverse impact on the future course of the digital mobile ecosystem.

All these reasons, especially, the anti-steering and review process policies show that Google and Apple have a lot of dominance and control over the app ecosystem. These can have a major and adverse impact on the future course of the digital mobile ecosystem.

By the virtue of their dominance, the Google and Apple app store policies have a massive influence on the app ecosystem on which the developers and users are heavily dependent. The key concerns that the developers have with the arrival of the new policies, especially with context to India, are:

Developers fear that these new policies will promote the growth of ad-based business models. Facebook, Instagram, and LinkedIn are some notable ad-based business models. These models rely heavily on user data, which they use for targeted advertising. Businesses, as such, earn millions in ad revenues. Admob by Google and Ads by Facebook are some of the software that are needed for in-app advertising. These can have a negative impact on user privacy as there’s no accountability of the data.

The profitability of the companies will also face a steep decline. Commissions aren’t their only problem; as their concerns regarding their growth prospects can’t be negated either. SMEs operate on thin margins, facing a lot of competition in today’s markets. These policies will further worsen their condition.

The review process for any app updation requires that the developer submit the app beforehand for the app stores to go through before providing the users with the update. This can give the app store commercially sensitive information, for example, any kind of new feature to attract more customers could become known to them and their proprietary rights over the billing systems can provide further customer information to the app stores.

Let us take a look at what happened in the Netherlands. The Netherlands’ Competition Authority (ACM) found Apple’s steering policies anti-competitive and damaging for dating app developers. The authority asked Apple to allow other payment systems for in-app transactions. Apple played a dextrous move. Although Apple reduced its commission by 3 per cent and allowed the use of different payment systems, they made it mandatory for the developers to adopt a particular Application Programming Interface (API) to use their desired payment system. Ten weekly fines were imposed on Apple but all they came up with were minute tweaks and changes.

What we understand by the Netherlands case is that be it ex ante or ex post, both techniques hold the giants of the market space accountable and compel them to adhere to the rules of fair competition. Currently, the Competition Commission of India (CCI) is investigating this matter, and this may help in dampening the intensity of these policies but that’s not a viable solution for the long-term. The core issues need to be addressed more proficiently.

India can look into enacting a legislation but that too will come with its own challenges. A balanced approach is the prime need of the hour. In an evolving ecosystem, the limitations and rules that have already been set should have the flexibility to allow ample room for the future growth of the companies and they should also keep the proper allotment of advancing technology in mind. The CCI and Parliamentary Standing Committee on Finance have paid due heed to the importance of keeping checks on anti-competitive practices and are actively seeking inputs to effectively regulate India’s digital economy.