Home/ Women/ Women as CFOs: Why they mean business

Women as CFOs: Why they mean business

Due to the deep-seated gender bias in our society, it’s quite rare to see women as board members and CFOs in the corporate world. Most company board rooms have a marked absence of female representation. This needs to change because studies indicate that women are multi-taskers and bring about diversity in the workplace 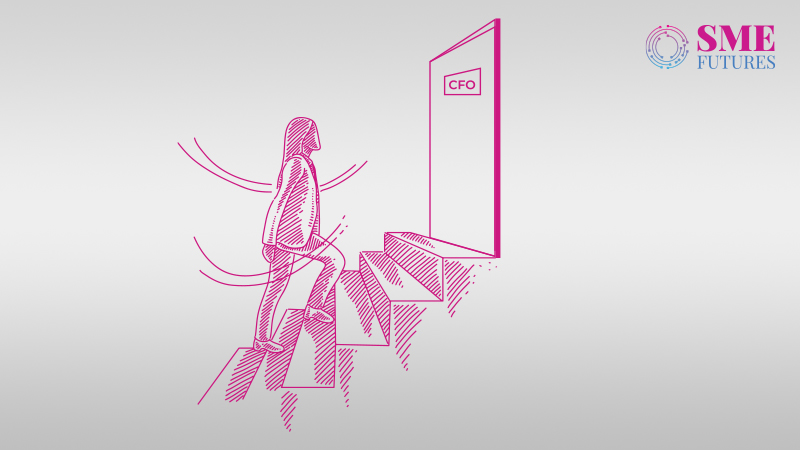 The corporate landscape is changing. The advancements in technology are bringing about a change in how things operate. Corporations now want more from their employees; they want them to be multi-taskers, people who can be depended on for a variety of work.

The ever-evolving world of technology brings in its wake a lot of knowledge that must be imbibed and understood. The traditional ways of working are not up to speed anymore; corporations and investors want their employees to be versatile and creative. They want employees who can grasp and adapt to the evolving nature of the workspace.

Chief Financial Officer (CFO) is one such role that has been going through a lot of change in recent times. The dynamics and accoutrements of this job are experiencing a makeover.

Additional requirements and responsibilities are being added to the list of this job’s specifications. From just handling regulatory issues and book-keeping earlier, CFOs are now required to add value creation to the business as well. A CFO’s role today extends well beyond the traditional function of finance.

Also Read: Why don’t women professionals ask for what they really deserve?

CFOs today are expected to be a strategic partner to the CEO and the corporation. The modern needs and demands of the consumers ask for an approach that is calculative and thoroughly thought out. A team is nothing without a good leader. Leadership is not only required to take important business decisions but to also set a paradigm for the employees. This leadership, today, is not only limited to handling finances but to providing 360-degree support to every aspect of the organisation. The CFOs should also play an active role in risk management, digital transformation and globalisation.

The CFO is not alone; there are different heads to handle different aspects of the business and they each need to excel in their respective fields. The interplay between these heads of the business is necessary to drive the organisation in the right direction. For example, insights are turned into business matrices by the CFOs, delineating a more set path to work on for the other heads. If there’s a technological need of the company to attend to, it is the Chief Technology Officer (CTO) who works on it. CTOs are also required to develop a digital business model for the company to make it more competive.

A lack of female CFOs

Under mounting pressure, companies have promised to increase female representation in their organisations, but these promises have turned out to be hollow for the most part. The situation is alarming and there’s a dire need to think about it and remedy it. Female representation and the gender ratio between men and women in corporations is declining at an unprecedented rate. The core problem is that if nobody keeps a check on it, women will have to strive a lot harder to get in the game.

India lags by a huge margin when it comes to including women as board members of corporations, compared to the other countries in the world. According to a recent study by the IFMR Graduate School of Business at Krea University and Dun & Bradstreet (D&B), as of FY 2022 women are losing out when it comes to CFO positions in companies with a representation that is lower than 5 percent in the top 250 Nifty companies. This gets worse with no female representation at all in the top 50 Nifty companies.

This raises concerns about how these companies operate with such low female representation and on how they are creating such a huge gap in the male to female ratio in their workspaces.

The fact that females are not being able to obtain a top spot there, de-motivates all the women working in the organisation. They might feel that no matter what they do, they are never going to achieve a top spot due to the gender bias prevailing there.

In India, these concerns are more severe as India’s corporate sector lags way behind when compared to its Western and Asian counterparts. There are only 17.3 per cent of women holding key positions in large scale companies here, according to an international study.

In India, the large companies show considerably good projections of female representation on their boards which saw a surge from 11.4 per cent in 2015 to 17.3 per cent in 2021. Although, it is still under the global average of 24 per cent, according to a report by the Credit Suisse Research Institute.

The report also says, “In the Asia-Pacific (APAC) region, India falls short in terms of female representation, holding the third-lowest rank at senior management levels. To help the case, a step has been taken by the Securities and Exchange Board of India (SEBI) to promote female representation by mandating to have an independent female board member rather than a female family member on the boards of companies. This will help in growing female representations over time.”

This issue has been prevailing in the corporate sector for a long time now. Even though women have constantly proved themselves to be as good as their male counterparts, the idea of working under a female leadership is still not whole-heartedly welcomed everywhere. As women are still looked at as the caregivers of the family, many think that they would only be able to handle the roles which align with their household chores.

The call for a change

Evidence and studies show that female representation in company board rooms promotes positive business outcomes. There are many studies conducted by a number of consulting firms, financial institutions and information providers such as McKinsey, Catalyst, Deloitte etc that continue to back this claim.

The study says that, “Gender-diverse boards manage risks better.” An open-minded and diverse approach to managing risks can help any organisation to successfully figure out the myriad issues that it might be facing. A diverse board can think in all directions and strategically come up with plans to minimize the intensity of the problem. Men and women have different sets of attitudes that can help in plugging the loopholes and in preventing the problems that might creep in.

A comprehensive approach to understanding the company’s stakeholders

Women hold a large share of the purchasing power in India as well as globally. They, hence, are able to provide deeper and more meaningful insights on the current consumer trends and the specific targets that should be set by the companies that they work for. Concerns regarding environmental issues and customers feedback are dealt with better by women as they have more in-depth knowledge of the corporation’s social responsibility (CSR) policies.

According to research by communications firm Weber Shandwick, the companies that are bestowed with the “Most Admired” status have a female representation in their senior management that is twice in size compared to those with a lesser reputation.

A number of studies also demonstrate that effective CSR strategies help in building a solid corporate reputation. The impact of which is well-documented.

“Teams under female leaderships provide better results than teams under male leaderships,” says an empirical study conducted in 2015. It relied on a number of factors like team diversity, team size etc.

The study also says, “Teams that are geographically dispersed are handled more efficiently by a female head than a male head.”

The case of Marina Granovskaia, the director of Chelsea Football Club

Marina Granovskaia is a business executive currently serving as the director of Chelsea Football Club. She is regarded as the “most powerful woman in football”. Marina is a prime example of how and why female representation in large scale businesses can reap good results for them.

She also received the award for Best Club Director in European football at the Golden Boy Awards in 2021.

These accolades fall short of defining how much of an important figure she is for Chelsea Football Club and how her strategies and application of ideas have enabled Chelsea to sign some of the top talents in the footballing world at much lower than their usual prices.

Her management acumen in acquiring a sponsorship with Nike is one of the highest achievements in the football space. The deal will fund Chelsea Football Club with around 60 million pounds per year until 2032.

Often described as “The Iron Lady”, she ranked number 5 in Forbes’ “Most powerful women in International sports” list in 2018.

Women’s empowerment and the need to find a balance

The Companies Act, 2013 and the regulations it brought with it has been an essential step in bringing gender diversity to the boards. The female representation in 28 per cent of the Nifty 500 boards was just 11 percent in 2017. This has gone up to 20 percent in 2020. These are good signs and the numbers have kept getting higher since, but they still have to reach the satisfactory level of 24 per cent which is the global average.

Companies and corporations can play a major role in promoting female empowerment. There should be equal rights for women in workspaces. It’s the duty of organisations to keep a check on their gender ratios. This is imperative for maintaining a balanced work environment, which is necessary and beneficial for the companies and their employees.

The evolving landscape of business brings with it a lot more tasks that need to be handled. Along with evolving with the current trends, companies should also focus on the internal aspects of their businesses, which is necessary for their overall development. Just as you can’t construct a building on a weak foundation, the base and fundamentals of a company should be strong enough to handle the upcoming changes in corporate business practises and operations across the world.