This year, National Technology Day 2022 is themed as ‘Integrated Approach in science and technology for a sustainable future.’ 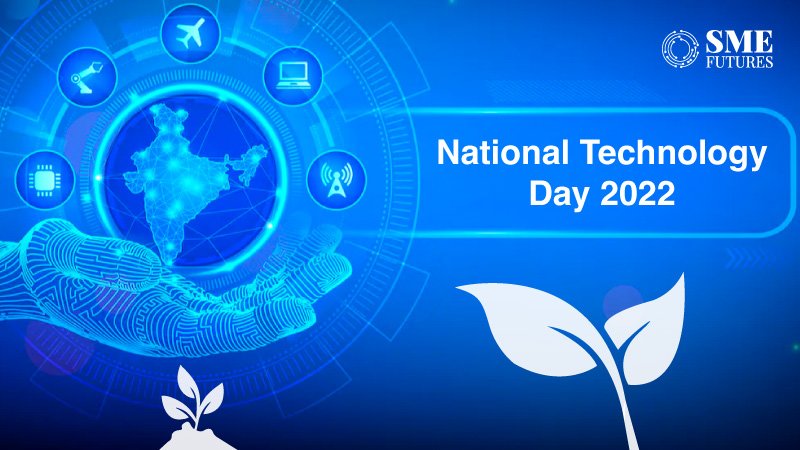 India celebrates its National Technology Day 2022 today on 11th May. For a long time, technology has played an important role in the development of any industry.

At the same time, with innovations skyrocketing, the sustainability quotient is a critical concern for every organisation, business, stakeholders of the society and the environment. With this, we are celebrating the 24th National Technology Day 2022 themed at ‘Integrated Approach in science and technology for a sustainable future,’ launched by Union Minister Jitendra Singh.

What is national technology day?

On this very day, India conducted Pokhran nuclear tests in 1998. The tests were conducted under a mission led by former Prime Minister, Atal Bihari Vajpayee to get India its independent nuclear power.

Since then, this day is being celebrated. And the Technology Development Board (TDB) organises National awards for the commercialisation of technologies under the categories like National Awards, MSME awards, and Startup awards.

Speaking on how technology has become the synonym of success, Sudha KV, Vice President at Dell Technologies, India says, “In today’s digital age, technology is driving human progress and the driving force behind technological growth comes with introducing disruptive ideas. Our aim is to increase efficiency and boost the performance of end-user computing with new developments and improvements to their PowerEdge portfolio.”

Emphasising the importance of digital adoption, Sandeep Bhambure, Vice President, Veeam Software – India & SAARC says, technology connects the world leader digitally, which emerged prominently during the pandemic, “Digital technologies have the potential to revolutionise and reinvent how everyone does business in an increasingly connected world. In recent years, organisations have seen a rapid increase in the adoption of digital services as a result of hybrid work models, growing data security concerns, and overall business disruptions,”

Highlighting this year’s theme, IT experts talk about India’s sustainable technology goals. Anuj Vaid, CEO of CMS IT Services says, “For far too long, the concept of ‘development’ is based on how much of the earth’s resources have been exploited efficiently. Indians have differentiated approaches that we should embrace as we bring to bear new technological interventions for a superior sustainable future.”

“Thought leadership intermeshed with intrinsically sustainable designs must propel our technology leadership on the global stage,” he added.

In a move to include sustainability with technology, many cleantech startups have also grown in the country, which believes that technology emerges as a solution provider to reach sustainability goals.

Speaking on technology day, Radhica Kanniganti, Head of Engineering at Devic Earth, a cleantech company says, “Today, technology has the potential to be the game-changer in the Sustainability journey. Over the last 5 years, the advent of technology to address issues related to sustainability has resulted in two things – an increased focus on sustainability, hence driving more funds, and the ability to scale solutions faster,”