Pre- budget expectations are high amongst the plastic and polymer industry players. Their main expectation is a lower import duty including a 20 per cent custom duty on finished products 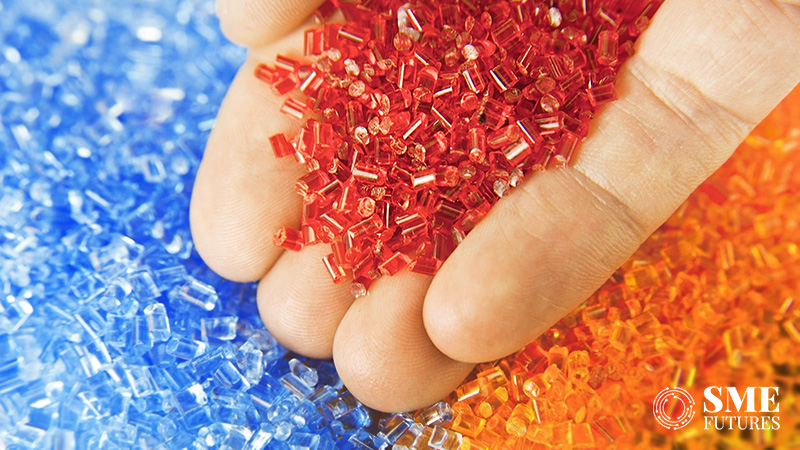 India’s plastic and polymer sector is just 66 years old. However, over the years the industry has grown into a billion-dollar industry and is a major contributor to India’s economy. According to statista, the industry employs some four million people. It is also a global supplier, with polymer exports totalling around 1.5 million metric tonnes in 2021. On the other hand, plastic demand is also surging, and India targets to increase its plastic exports to around US $25 billion by 2025. To turn this ambitious dream into reality, the plastic industry is seeking support from the government and is expecting some big announcements from the upcoming Union Budget 2023.

“The Plastindia Foundation is hopeful that the FM will frame the budget keeping in mind the overall growth and development of the entire plastic industry – from raw materials and converters to machinery manufacturers. Our motto is to put the industry on a high growth path – from US$ 5 trillion in 2025 to an ambitious US$ 25 trillion by 2045. To drive this growth and to make India the global sourcing hub for plastic however, we need support from the government,” reads the Plastindia Foundation’s statement on their pre-budget expectations.

Raw materials are too pricey

Last year, the stakeholders’ demands majorly revolved around the import duty of raw materials and capital goods. This year as well, the industry is anticipating the lowering of the import duty on polymers as India does not produce enough to satisfy its needs.

Jigish Doshi, President, Plastindia Foundation is urging the government to lower the import duty on polymers and increase the customs duty on finished plastic products.

“The import duty on polymers should be between 5 – 7.5 per cent. India does not produce enough polymer and its import is inevitable. The import duty on polymers needs to be lowered to make the Indian plastic industry more competitive. The customs duty on finished plastic products should be a minimum of 20 per cent or more to support the domestic plastic processing industry,” he says.

Another stakeholder and a patron of the All-India Plastic Industries Association, Ravi Kumar Aggarwal also feels the same. “Yes, it will generate competition,” says the veteran associated with the Delhi plastic industry.

“The plastic industry too wants to get raw materials at the lowest prices and the finished products to go at their actual prices and have lower import prices. But there are many demands,” he points out.

The government is focusing on renewable energy, and this presents an opportunity for the plastic industry. However, at present, 90 per cent of the components for solar panels and windmills are imported and the products are only assembled in India.

According to experts, to encourage the local manufacturers, the customs duty on the import of components like EVA, back sheets, metal frames, solar glass etc., should be at least 20 per cent. The plastic industry can play an important role in manufacturing EVA and back sheets.

Last year in July, the government banned single-use plastics to curb plastic pollution and to encourage the switchover to alternatives to SUP items. However, the decision has not gone down well with the single-use plastic product manufacturers, especially in the MSME sector. Most of them have witnessed losses due to the implementation of this policy by the government. So, this year, the manufacturers are asking for more clarity and a strong policy framework to protect the small and medium businesses in this sector.

“We have two problems,” Jatin Raheja, Director at CR Enterprises says while speaking to SME Futures.

“Firstly, there is lot of ambiguity on the plastic ban. The government is banning plastic in a lot of ways. But the ban is based on their convenience,” he asserts.

According to him, when it deems convenient, the government bans the SUP products, otherwise everyone continues using them in some way or the other.

“I strongly feel that if the plastic products are manufactured according to the right guidelines and SoPs, for example in the right thickness, the government should allow their usage. In this way, manufacturing will not be impacted, and the business won’t be affected either,” he explains.

The second issue that the stakeholders are wary of is the monopoly in this industry, Raheja points out.

Plastic (polymer) prices are volatile, not only because they are heavily influenced by the price of oil, but also because they are influenced by other market conditions. Reliance Industries, a giant manufacturer of a key input for plastics, commands a large market share in India and enjoys a monopoly in this space. For the manufacturers using plastics, this can be a bottom-line headache.

“The big companies such as GAIL, Reliance and others have monopolised the pricing of polymers. The big issue is that they are not consistent in their rates, they keep on fluctuating. This is one of the major pain points for the MSMEs in this industry. They get affected in terms of manufacturing, ease of doing business and financially as well. So, we urge the government to announce a stringent policy framework over price control,” he tells us.

“We need stability in prices,” weighs in Ajay Kumar Gupta, an executive committee member of the All-India Plastic Industries Association.

“There is far too much uncertainty over the prices. As a small-scale industry, the stakeholders expect rational raw material rates to make doing business easier. Small businesses cannot operate smoothly due to the fluctuating current rates. Big companies typically increase or decrease rates four times per month. There is no fixed time, or even a pattern to this,” he further says.

He urges the government to look into the matter to resolve it. “My suggestion is that the change in raw material prices should be limited to two times a month. And price changes should have a base, not be increased by Rs 4 today, Rs 3 tomorrow, and then decreased by Rs 3 again the next day. So, I urge the government to ensure price stability. Or they should appoint a regulatory body to keep a check on the raw material manufacturing giants to ensure price regulation,” he adds.

Other demands of this sector

To promote plastic and polymer industrialisation in India, there are an array of other demands that this industry has from the government in the upcoming Union Budget.

“Stakeholders are expecting ease of doing business, easier and cheaper land acquisition and lower power tariffs, among other things,” says Gupta as he largely sums up the demands.

The Plastindia Foundation in its pre-budget memorandum further elaborates on these demands. “The government should make land acquisition easy by identifying zones of land that are non-agricultural. Land from those zones should be made available easily without industries having to go through the formality of converting agricultural land to non-agricultural land. Also, the government should start a new formula wherein developed land should be made available to industries on long-term leases. This will significantly lower the investment on land and make Indian industries globally competitive. Currently, the price of land is so high that project costs skyrocket. China has been using this formula for a very long time,” it reads.

Doshi adds on to this, saying, “India should have a free labour law, but the wages should not be so high that it makes the manufacturing industry globally uncompetitive. The labour law should come under the purview of the Central Government and wages across the country – in tier 1, tier 2 and tier 3 cities, should be uniform.”

Another demand is to lower the GST rates. The industry feels that the GST should not be higher than 12 per cent across product categories. “Majorly, all products are in the 18 per cent GST slab. If the GST is cut down to 12 per cent, the businesses in this sector will have more chances to grow,” Raheja opines.

Easy finance at reasonable interest rates from both banks and NBFCs is another demand on the list. Overall, the plastic industry players are expecting a pragmatic budget that is industry-friendly and will make the domestic plastic industry more dynamic and globally competitive.