Home/ Union Budget/ Union budget 2022: Here is what the real estate sector has its eyes on

Union budget 2022: Here is what the real estate sector has its eyes on 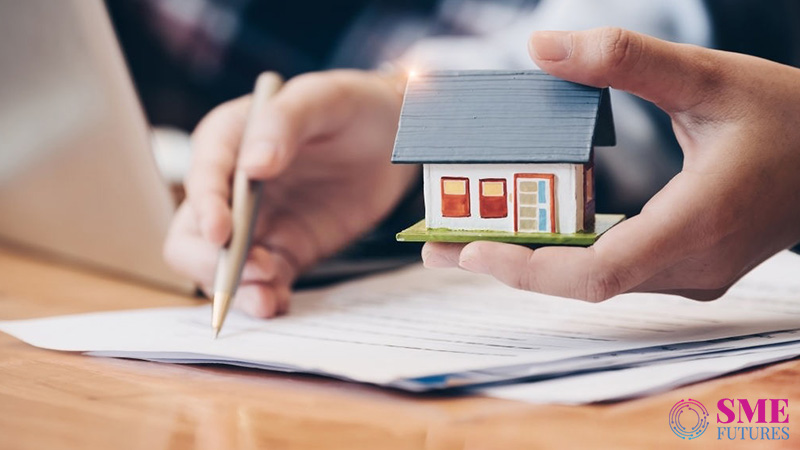 Being the second-highest employment generator, the real estate sector in India expects to reach US$ 1 trillion by 2030, up from US$ 200 billion in 2021. To reach this goal, the real estate stakeholders are expecting some schemes and policies from the Union Budget 2022. They are expecting some boosting up measures for this sector so that it can recover from the devastating losses brought upon it by the pandemic.

However, the impact of COVID-19 along with the new variant Omicron is still dampening the growth and morale of this sector. According to the data from Real Insight, demand and supply, both remained largely hit during the first two months of Q2-2021 when most states put in place fragmented lockdowns.

In the budget last year, the government had taken several initiatives to encourage development in this sector like tax deduction of up to Rs. 1.5 lakh on interest on housing loans, and a tax holiday for affordable housing projects, which has been extended until the end of the fiscal year 2021-22. The Atmanirbhar Bharat 3.0 package, an unchanged interest rate at 4 per cent, Rs. 25,000 crores from an alternative investment fund (AIF) and an Affordable Housing Fund (AHF) in the National Housing Bank (NHB) with an initial corpus of Rs 10,000 crore were some of the measures provided to the real estate sector as well.

SME Futures interacted with a few real estate stakeholders to know what they want from the Union Budget 2022-2023.

For a quick recovery from the pandemic-induced damage, the sector is hoping for some tax relaxations. Manish Bansal, Director at Window Magic, expects some reduction in income tax or something akin to corporate tax. “Also, the price of the raw material is very high, and it is not uniform and controlled as well either. So, at least the government should rationalise the GST on manufacturing for MSMEs,” he says.

“We expect the government to introduce tax sops for first-time homebuyers and look forward to it re-introducing GST with an input tax credit on under-construction properties that will generate demand among homebuyers,” adds in Sandeep Runwal, President, NAREDCO Maharashtra and Managing Director at Runwal Group.

The Co-Founder & Director at Tridhaatu Realty, and Secretary at CREDAI MCHI, Pritam Chivukula too told us about his expectations from this budget. They include a reduction in the income tax burden on rental housing and long-term capital gains on capital assets, relaxations in the provisions for Real Estate Investment Trusts (REITs) for the faster recovery of the commercial real estate sector, and a tax-neutral consolidation of businesses through mergers, to help the homebuyers who got trapped in delayed housing projects.

The Chairman of The Guardians Real Estate Advisory, Kaushal Agarwal comments, “For the betterment of the sector, the government should declare tax free, the rent income that is received by anyone who owns a house across the country. Also, it should extend the “no tax up to an income of Rs.10 lakh” scheme to all taxpayers for a year to give impetus to demand and consumption.”

As we all know, the pandemic has had an immensely negative impact on everyone and has caused heavy losses to all and sundry, be it an industry or the general public. Being able to afford a house has become even more difficult for the common man. According to a report by India Ratings, the overall residential property demand declined by over 40 per cent in H1 of FY21. In fact, the government has a target of housing for all by 2022.

Hence, affordable housing is a major concern among developers.

Gautam Thacker, President, NAREDCO – Progressive Neral-Karjat Unit says that affordable housing is generally for low-income families and for the same there should be a single criterion for all the applicable laws and for the stakeholders of this sector.

“Affordable Housing is defined as a housing project using at least 50 per cent of the Floor Area Ratio (FAR)/Floor Space Index (FSI) for dwelling units with a carpet area of not more than 60 square meters. Whereas, in GST law, two criteria should be satisfied to fall under the definition of an affordable residential apartment, the first being the area-based criteria (60 square meters in metropolitan cities or 90 square meters in cities or towns other than metropolitan cities),” he elaborates.

He also emphasises that considering the criteria, the maximum cap of the value of the apartment should be at Rs 45 lakhs. “In income tax, when a builder is claiming the deduction u/s 80-IAB, the stamp duty value should not exceed Rs 45 lakhs,” he further says.

Murali Malayappan, Chairman & MD at Shriram Properties, while talking about affordable housing comments, “Having prioritized affordable housing, the budget should make a liberal allocation of funds specifically for building infrastructure and improving connectivity in the peripheral areas of the cities to augment the housing supply at affordable prices.”

The same issue concerns Runwal as well, he says, “The government will continue to put in its sincere efforts in pushing affordable housing. The cap of Rs. 2 lakh per annum against interest rate deduction under section 24(b) of the Act needs to be hiked to at least Rs 5 lakh along with removing the 45-lakh cap for affordable housing, which will boost the affordable and mid-segment housing in a big way.”

He also expects the government to continue promoting the affordable rental housing scheme by announcing tax reliefs for rental housing projects, which will fast track the pace of investments in these schemes. Also, it should reintroduce the subvention schemes, which will help the homebuyers to align their payments and will encourage demand among them as well.

As measures on affordable housing top the list, Agarwal of The Guardians asks for a deviation of 20 per cent from the circle rates. “It should be extended across the sector and should not be limited to homes costing up to Rs 2 crores. The same will allow the developers to offload the massive build-up of unsold inventory costing more than Rs 2 crores. Currently, a major part of the unsold inventory is ready-to-move-in and falls in the luxury category. The reduced repo rate has helped reduce the EMI’s for homebuyers. It should permit further reductions in the income tax for individuals availing of homes to buy affordable and mid-income homes,” he asserts.

Favourable policies for the housing sector

Real estate saw significant growth in 2021. The demand for residential real estate revived in Q4 FY21, residential sales in this quarter recovered to >90 per cent of the volumes recorded in 2020 across the top seven cities. However, in the top seven cities, housing sales increased by 29 per cent and new launches increased by 51 per cent in the fourth quarter of FY21. Delhi-NCR, Mumbai, Bengaluru and Pune together accounted for 83 per cent of sales in the same quarter, according to the IBEF.

“The Union Budget 2022 is expected to deliver a dynamic, favourable policy for the housing sector as it is one of the largest sectors,” says Harresh Mehta, CMD, Rohan Lifescapes.

The Government of India’s Housing for All initiative is expected to bring US$ 1.3 trillion worth of investments into the housing sector by 2025, states IBEF. As of December 2019, under the Pradhan Mantri Awas Yojana, 1.12 crore houses were sanctioned in urban areas, with a potential to create 1.20 crore jobs. The scheme is expected to push affordable housing and construction in the country and give a boost to the real estate sector.

For affordable housing and to increase demand and supply, the rearrangement of GST slabs and their rationalisation is important.

Thacker points out the issues with the GST law.

A customer has to pay tax at 1.5 per cent on 2/3rds of the gross amount charged for an under-construction phase apartment. And the benefit of an input tax credit is not permissible to the builder.

Further, the builder has to comply with certain conditions including a scenario where they must have the inward supplies of input and input services from GST registered suppliers to the minimum extent of 80 per cent on a yearly basis in a project, failure to do which invites the liability to pay the tax on a reverse charge basis at the rate of 18 per cent on the shortfall as compared to the said 80 per cent.

“GST is not levied but stamp duty is levied on a ready property. But in the case of the sale of the property at the under-construction stage, both are levied. This irregularity should be removed by making changes in the law that will help the sector and stakeholders at large,” elaborates Thacker.

Himanshu Jain, VP – Sales, Marketing and CRM at Satellite Developers Private Limited (SDPL) puts forth similar views, saying, “Additional benefits like a GST waiver for under-construction homes, a hike in the Rs.2 lakh tax rebate and incentives for private sector investments in the affordable housing segment among others should be there in Union Budget 2022.”

Speaking on the same note, Runwal says, “We expect the government to introduce tax sops for first-time homebuyers and look forward to it re-introducing GST with an input tax credit on under-construction properties that will generate demand among homebuyers.”

There is a specific need for a single-window clearance system and the lowering of home loan interest rates, elaborate the industry sources.

For instance, the quantum of the SWAMIH stress fund needs to be enhanced along with strengthening the financing institutions to generate adequate liquidity and help the completion of the stuck realty projects.

“Considering the rupee’s recent muted performance, this budget is an ideal time for reforms targeted at foreign inflows into India. We expect the government to reduce the tax on interest income which will help accelerate capital inflows to India. Liberalizing foreign investment norms in real estate is another widely expected move,” she adds.

“Also, a faceless system per se eliminates the undesirable practices that emerge when there is scope for individual discretion and subjective judgment,” he says.

Amidst the new normal, the flexible co-working industry has become more relevant than ever and the demand for co-working spaces has surged significantly.

A player in this segment, Manas Mehrotra, Founder of 315Work Avenue says, “We expect the government to enable co-working firms to claim input credits on work contracts and construction services supplied, as detailed under the GST provisions. This can enable the outflow of cash and they can be spared from the 18 per cent levy, which is crucial in this era of the pandemic.”

In conclusion, the real estate sector expects the government to bring forth a budget that can efficiently help the sector to recover from the pandemic-induced losses. A budget that comes with more pro-housing schemes, more purchase incentives for the middle-class, more policies that promote demand and supply, GST rationalisation, tax relaxations and an influx of foreign investments will definitely provide a boost to this sector.