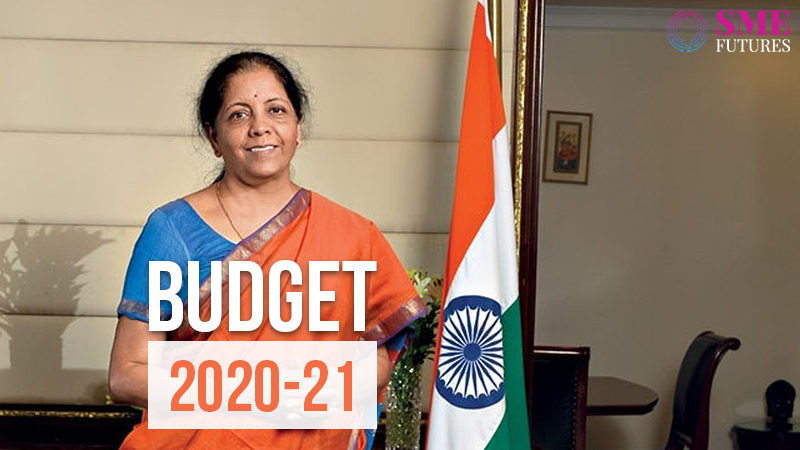 For the Indian health and hygiene segment, the pandemic has been a growth story

The allocation to healthcare in this budget has been increased substantially. The areas of focus will be preventive and curative healthcare as well as well being, she said.

The allocation is likely to be around Rs 2,23,846 crore, a 137% percentage rise from the previous budget.

India will spend Rs 2.23 trillion on healthcare and launch a new central scheme with an outlay of Rs 64,180 crore over the next six years to improve health systems nationwide, said Finance Minister Nirmala Sitharaman on Monday.

FM lays out a Rs 64,180 crore spending plan for healthcare over the next six years

National Monetisation Pipeline for brownfield projects to be launched. NHAI and PGCIL have sponsored one InvIT each.

New scheme at a cost of Rs 18,000 crore for augmentation of public bus transport services

MetroLite and Metro New Technologies to be deployed to provide metro rail systems in tier 2 cities and peripheral areas of tier 1 cities, at much lesser cost, with same experience, convenience and safety

Finance Minister Nirmala Sitharaman also announced there will be 100 per cent electrification of broad gauge rail tracks by December 2023.

Finance Minister has left direct taxes unchanged, but took steps in direct tax incentives to ease compliance for taxpayers. The FM proposed making it so that advance tax liability on dividend income shall arise only after payment of dividend. The Budget also looked at pre-filled tax forms with respect to details like salary income, tax payment and TDS. Some of the other key highlights include:

Government to provide tax exemption for relocating funds to IFSC.

The finance minister announced that in case a bank fails or withdrawals from the bank are stopped due to financial pressure on the bank, the depositors will be able to get immediate access to their deposits up to the deposit insurance amount of Rs 5 lakh.

Nirmala Sitharaman proposed to review more than 400 old exemptions in customs this year. To put into place new customs duty structure by Oct-1, 2021.

Agri Infrastructure and Development Cess on a number of items including fuel and liquor was also announced. however, there would be no additional burden on the consumer overall.

Budget imposed a Rs 2.5 per litre agri infra cess on petrol, Rs 4 on diesel, and of 100% on alcoholic beverages.

One nation one ration card scheme under implementation in 32
states and UTs.

A portal to be launched for gig, building and construction workers.
Social security benefits will be extended to gig and platform workers.

The employers who delay the deposit of workers’ share of social security contributions like employees’ provident fund will not be able to claim the amount as deduction from their income. An amendment in this regard is will be done in the Finance Bill 2021, to ensure that firms deposit the social security contributions of their employees like Employees’ State Insurance (ESI) well in time

MSME allocation to be doubled. Government to set aside Rs 15,700 crore in FY22

Government also proposes to reduce margin money requirement from 25% to 15% for startups.

Around 1.68 crore farmers are registered and Rs 1.14 crore trade value has been carried out through e-NAM, the national agricultural market.

1000 more mandis will be integrated with the eNAM.

The Budget focuses on increasing farmers’ income, several measures have been taken in this direction. Farmers will be able to get loans easily.

FM also announced that agricultural infrastructure funds would be made available to the Agricultural Produce Market Committees (APMCs) for augmenting their infrastructural facilities.

‘Swamitva’ scheme, under which a record of rights is being provided to property owners of villages, FM shared that up to 1.80 lakh property owners in 1,241 villages have been given property cards.

Proposed to extend this scheme during 2021-22 to cover all states and Union Territories.

Animal Husbandry: To provide adequate credit to our farmers, Govt, enhanced the agricultural credit target to 16.5 lakh cr . We will focus on ensuring credit flow to animal husbandry, dairies and to fisheries.

Multipurpose Seaweed Park to be set up in Tamil Nadu

The viability of distribution companies is a serious concern. A revamped, reform-based, results-linked, power distribution sector scheme will be launched with an outlay of Rs 3,05,982 crore over five years.

The scheme will provide assistance to discoms for infrastructure creation, inclusion of prepaid smart metering, feeder separation, upgradation of systems.

She also said that during the last six years, 139 GW of power generation capacity has been added and 2.8 crore households were provided electricity connection.

She also noted that 1.41 lakh circuit kilometres of power transmission lines were added in the last six years.

Hydrogen energy mission will be launched

She also announced that the government will set up an asset reconstruction company (ARC) and an asset management company (AMC) to house stressed assets currently in book of Indian banks.

Besides, Government allots Rs. 20,000 crore for bank recapitalisation, as FM emphasizes the need to clean up banks’ books

The finance minister announced that in case a bank fails or withdrawals from the bank are stopped due to financial pressure on the bank, the depositors will be able to get immediate access to their deposits up to the deposit insurance amount of Rs 5 lakh.

Pipelines of GAIL (India) Ltd, Indian Oil Corp (IOC) and HPCL will be monetised, says FM in Budget for 2021-22.

India has two COVID-19 vaccines available and we expect two more vaccines soon. India currently also has one of the lowest death rate and active cases in the world.

Nirmala Sitharaman recaps policies announced so far. “The government stretched its resources to provide for the most vulnerable,”

A vision for Atmanirbhar Bharat in part of Sitharaman’s first part. FY22 budget proposals based on six pillars

This is to further strengthen the sankalp of Nation-first.

India’s first paperlss, completely digital Budget 2021 is here. Will it deliver as per expectations? Here are the excerpts from FM’s budget speech

She quotes Rabindranath Tagore, adding that this moment in history is the dawn of a new era, where India is well-poised to be the land of promise and hope”

Preparation of budget was undertaken in an environment like ‘never before’.

Global economy, which was slowing down, was pushed into uncertainty due to COVID-19. The risk of not having a lockdown was far more, far too high: FM

Union Budget 2021 Live: Through the past year, the Finance Minister announced a Rs 30-lakh-crore plan, in ‘mini-budgets’ to beat Covid

News
Lower oxygen supplies to temporarily impact five sectors
Features
For the Indian health and hygiene segment, the pandemic has been a growth story
News
India is giving impetus to develop its blue economy: PM Modi
Focus
India’s vaccination drive: Ramping up vaccine production is the only way to save India 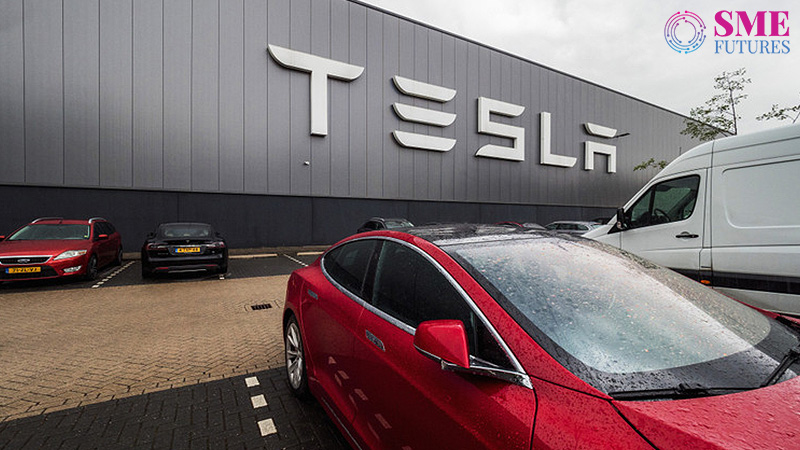 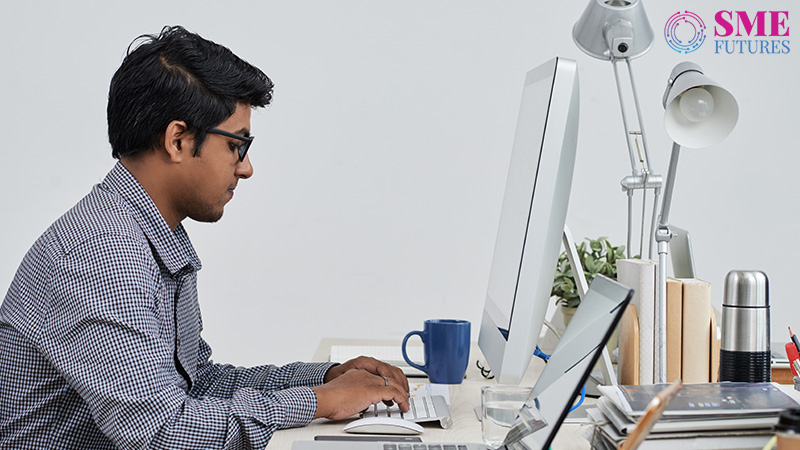 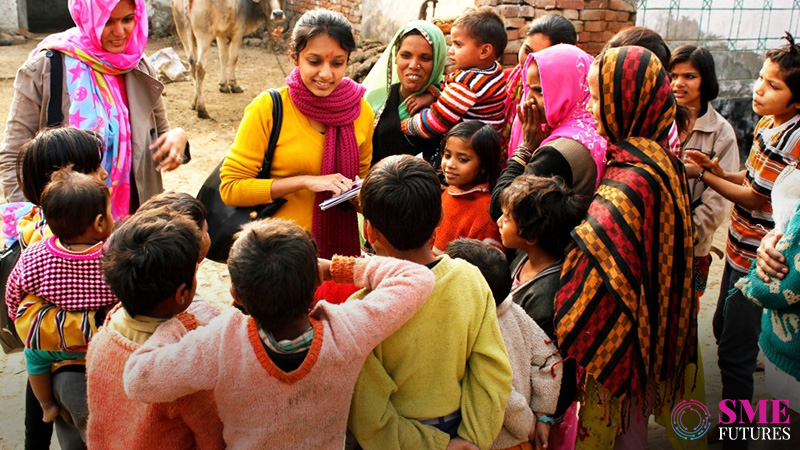 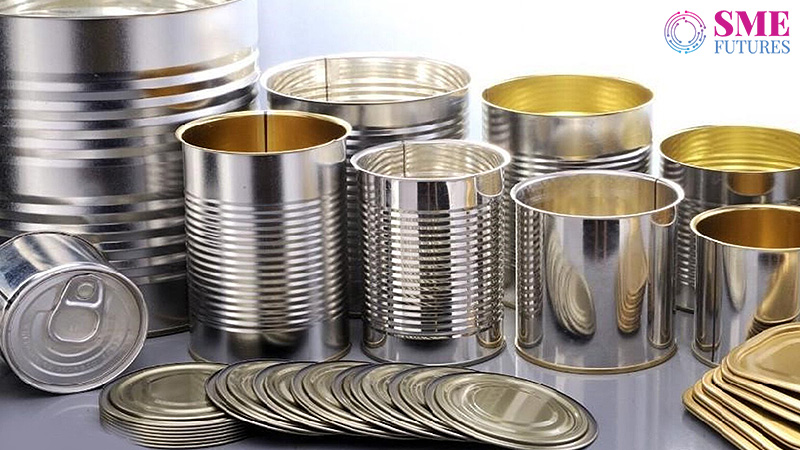 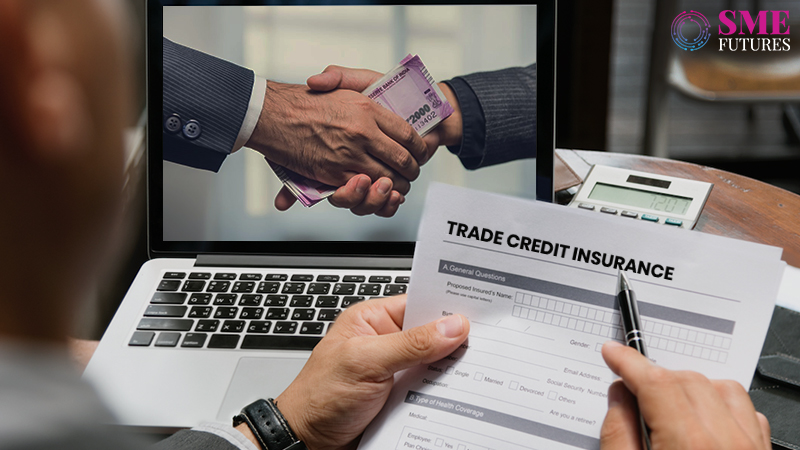 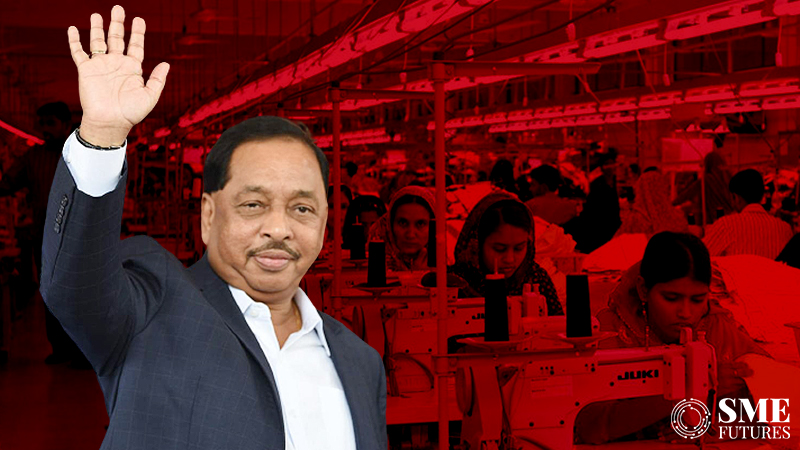 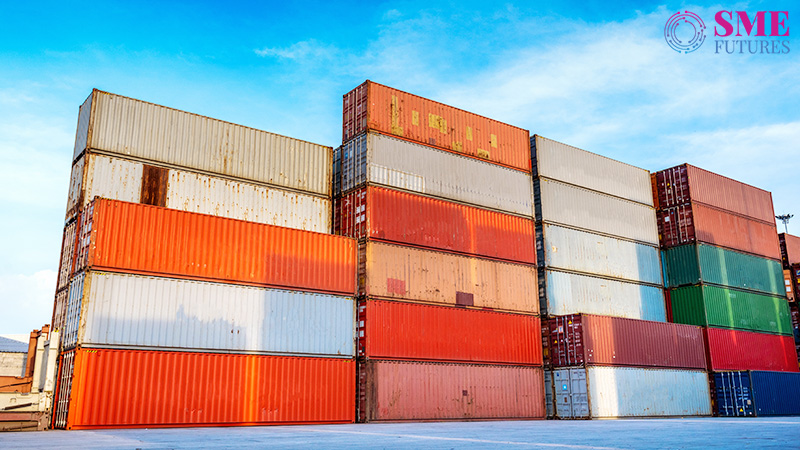 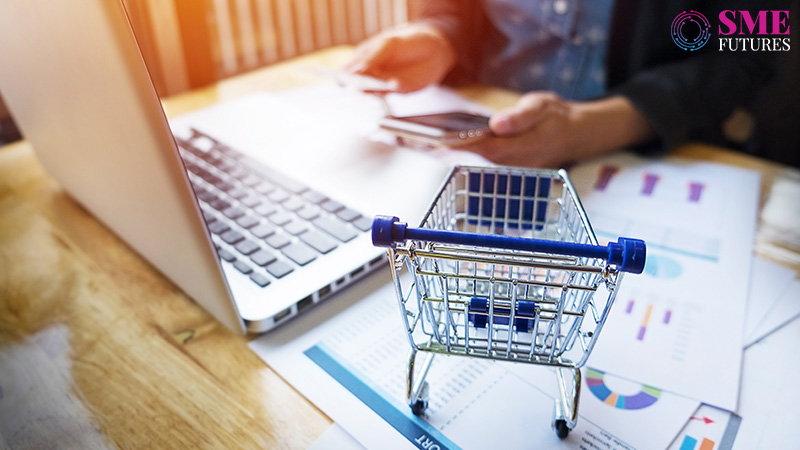 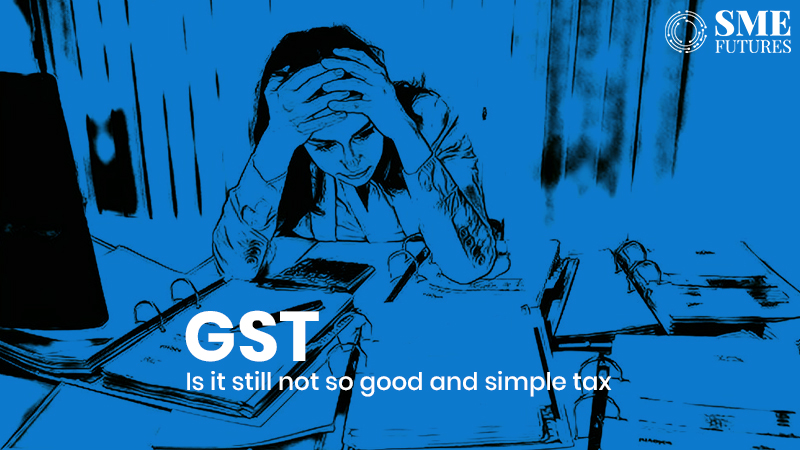 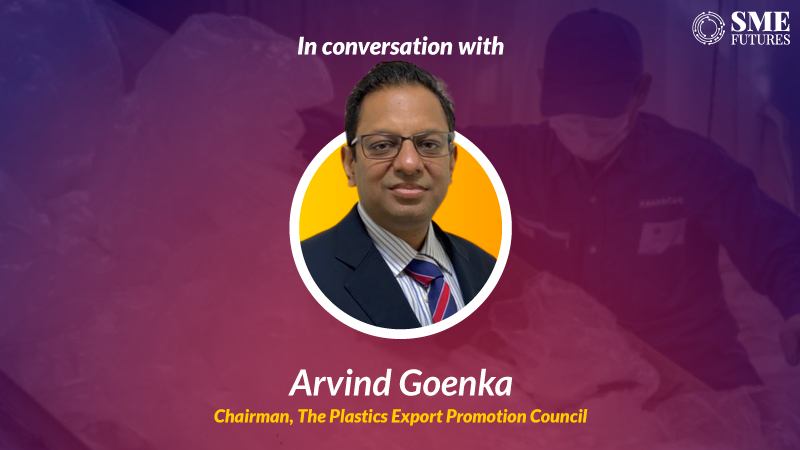 India needs a petrochemical facility every year for the next 10 years to meet the demand: PLEXCONCIL Chairman 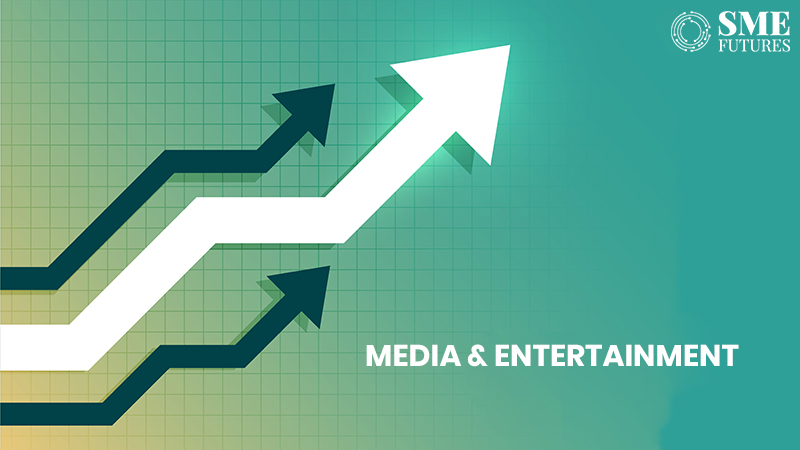 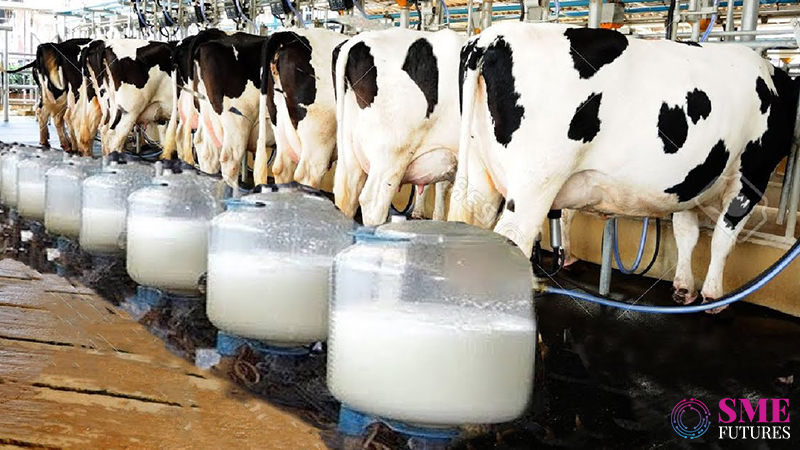