Money minting social media influencers just came under government lens. Now the freebies getting influencers have to pay a 10 per cent TDS on all the free things they get in exchange to promote brands 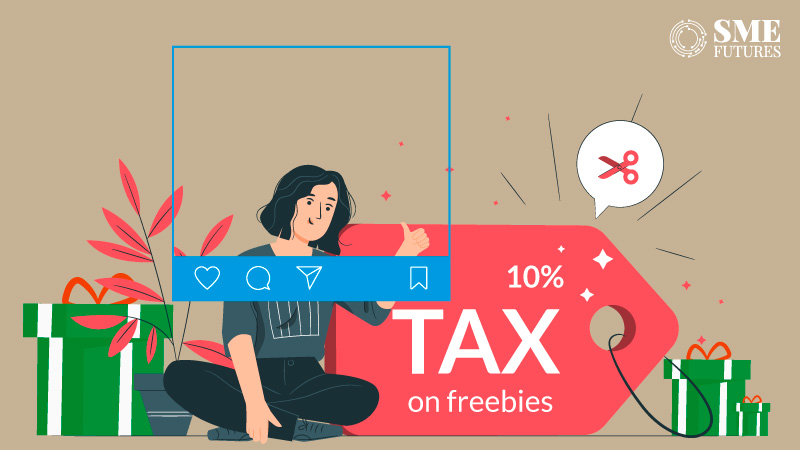 We’ve always heard phrases like ‘time is money’ and ‘time is precious’. However, reels or short format videos on social media platforms, now define the worth of time as little as 30 seconds. And these 30 seconds will consume your entire day without your knowledge. It adds up!

Creators of these videos, in past few years, content creators and influencer community has been having a gala time. The attention and fame make it highly lucrative that it gives a feeling of FOMO (Feeling of missing out) not to indulge in these activities. Social media apps, such as Instagram, allow users to create short videos of 15 to 60 seconds in length, which content creators or influencers can use to influence and promote their products.

Not surprisingly, each day the number of content creators and influencers is increasing at an alarming rate. And India is no different.

However, amid all this, marketing industry has gained new tool.

Interestingly, this has also transformed the way a product is marketed by leveraging short format videos and content creators. Today almost every brand is using influencers to promote their products by collaborating with them.

Today people, mostly millennials and Gen Z trust the opinion of their social circle when making purchasing decisions. In fact, followers trust influencers, who freely share their lives on social media and make them feel like they are their acquaintances. As a result, people start buying the products their favourite social media influencer suggests, and hence works the ecosystem of businesses-influencers-and consumers.

According to Statista, influencers are enjoying the biggest power over people’s purchasing decisions in Brazil, China and India. While influencers’ sway has only become larger in Brazil and India, it has recently decreased in China, but stayed on a high level, nonetheless.

In exchange, they give them the products as freebies and barter for visibility on popular accounts run by influencers.

When we combine it, we now have the influencer economy, which is exploding. Influencers in India can earn anywhere from Rs 10,000 to Rs 2 lakhs for a simple social media post, depending on their social media following.

Now the thing is that this uprising economy has caught government’s attention, as its spinning money in form of non-monetary things, or freebies influencers get. Which so far were far from being taxed as the rules weren’t clear.

But with the recent updated tax policy, everything is going to change for Indian influencers.

With the growth of this industry, there is no denial that influencers are instrumental for many businesses.

Additionally, a study found that 3 per cent of consumers would consider purchasing a product if it’s sponsored by a celebrity. Whereas 60 per cent will be inclined to buy it if an influencer promotes the product. Which brings us to the argument that indeed, they are bringing massive wealth to the system.

To tighten on the influencer economy, government has introduced new provisions.

Section 194R in Finance Act 2022, mandates a 10 per cent tax deducted at source (TDS), exclusive of surcharge and cess, on freebies exceeding Rs 20,000 in a year that influencers receive and retain from sales promotions.

This implies that influencers will have to disclose the free samples they receive from brands or companies while filing their income tax return and TDS will be applicable if the freebies are retained by them since such items will be deemed a prerequisite. In case the influencer returns the free samples, TDS will not apply.

The taxation rules by the Indian government hence come as a massive game-changer for both influencers and businesses. In fact, the government just got them a new revenue stream.

Is it right step?

When SME Futures spoke with a few influencers about it, we received reactions that were a mix of acceptance and fear of losses as a result of the government’s tinkering with IT rules.

Welcoming the new tax policy, a food and lifestyle influencer from Mumbai, Muriel Dias feels the step is right.

“Everyone should be paying the taxes. Every person who wants a better and futuristic India should wholeheartedly support this,” she enthuses.

When asked about how she is going to maintain her wealth and investments going further, Dias tells us, that she is going to get professional help and will stick to one strategy while with an understanding of her portfolio.

“Yes, it might affect some of them who have been enjoying the freebies for long… but it’s the best thing that could happen. Every Indian is liable for the smooth functioning of the country. It is through the taxes we pay that the government can perform civil operations,” Dias added further.

On the flip side, Pushppal Singh Bhatia of influencer duo that handles ‘That Couple Though’ says the decision can be problematic for brands to get promotions.

“However, this also implies that businesses will have it harder to get promotions for their products unless the influencers agree to return them, or they manage to create a separate budget for Influencer Marketing,” he opines.

“Although a lot of this looks blurry right now as the rules have just been announced, we are optimistic that once we start conversations with business, both them and the influencers will be able to negotiate on a fair exchange respecting the Government regulations,” Bhatia added.

While Ravneet Kaur, who is the other half of the duo, talks about the impacts this tax policy will put on small businesses that highly rely on barter collaborations as they do not have high budgets for a massive paid influencer campaign.

Kaur stated, “Now that these barter products/services will be taxed, it will become difficult for these small businesses to reach out to influencers as they will have to pay for the collaboration else the influencers would not agree to go ahead with the promotion unless they agree to return the product. Hence, in a situation like this, communication between businesses and influencers plays a very important role.”

Overall, the influencer industry is quite welcoming of the new tax policy however, but of course there will be aftereffects on the small businesses and budding influencers.  At the same time, one pertinent question is how freebies are going to be taxed. As they are not real money and in actual nobody reports it as income. So, it’s going to be a tedious process for sure. For few of them it might be discouraging to be an influencer.