SMEs do have appetite for equity capital, but there are also concerns, a lack of awareness, and apprehension. The goal of this article is to shed some light on SME listing 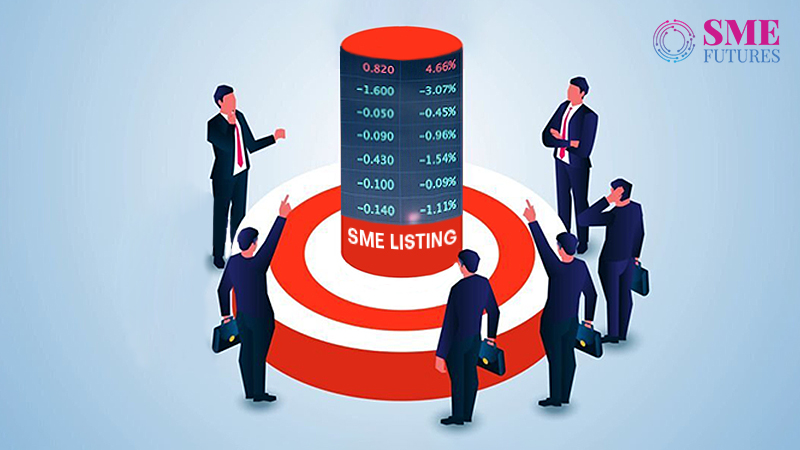 While researching this article, I realised that this topic is aligned to UN SDG goal 9.3.

‘Increase the access of small-scale industrial and other enterprises, in particular in developing countries, to financial services, including affordable credit, and their integration into value chains and markets’

Of course, the MSME sector is in line with several of the 17 SDGs.

In India MSMEs contribute around 30 per cent to India’s GDP, constitute nearly 40 per cent of total exports, and provide employment to about 11 crore people; more than half of them are located in rural India. India has more than 7.9 million MSMEs.

In view of the economic importance of this sector the Indian Government has always provided whole hearted support. We have a separate MSME ministry and it’s the Budget was increased from Rs. 15,700 Crores in 2021-22 to Rs 21,422 crores in 2022-2023.

In 2006, the Micro, Small, and Medium Enterprises Development (MSMED) Act was enacted. This statute aimed to incorporate all the diverse industries, the service sector and medium enterprises. MSME sector in India, hence is classified into three categories: micro, small, and medium.

Split between the Micro small and medium as per Udhyam registration as of 31st 2021 is as below.

Listing on the stock exchanges is really an option only for the 34,090 medium sector enterprises in India but it does provide the small sector enterprises inspiration to grow. For perspective at 7462 India has the highest number of listed companies in the world and their market cap is equal to the GDP of the country.

I mentor several companies in this sector, and I have realised that there is an appetite for equity capital, but there are also apprehensions, lack of awareness and general trepidation. The purpose of this article is to throw some light on this important topic.

Most startups are also MSME but they are a separate category. Startups by definition are next generation, aspirational, innovative, tech enabled companies with strong founding teams that have highly scalable business models. India has the third largest startup ecosystem in the world after US and China and has strong government support. There are 73,000 DPIIT registered startups as of date and 106 unicorns. Startups are the favourite hunting ground for VCs. Last financial year VC funding in India reached a record high of 38.5 billion US dollars.

VCs play an important role in providing a growth pipeline of companies. However Traditional SMEs are not able to access this important source of risk capital which is of great importance in the early stages of growth of a company. It must be noted that the VC also needs an exit path which is provided at the time of IPO to institutional and retail investors. However several high profile IPOs of VC funded startups like Zomato and Paytm have run into controversy.

Fortunately, the government has recognised the need to provide risk capital for growth to the traditional SMEs and created a Rs 10,000 crore corpus for a fund of funds called Self Reliant India (SRI) Fund implemented by a special purpose vehicle, NSIC Venture Capital Fund Limited, which is a 100 per cent subsidiary of National Small Industries Corporation. As of date SRIF has provided Rs 1,600 crore of funding to 88 MSMEs in the country. What is very interesting is the catalytic approach that the government has taken which is best explain by this recent statement by Shri BB Swain Secretary ministry of MSME.

‘MSMEs are not known to be equity seekers. But this scheme (SRI Fund) started promoting it. Our target was that if we (government) contributed one rupee, the private sector will give four rupees for equity participation in MSMEs. The first set of 88 MSMEs have been funded and we invested roughly Rs 200 crore and private sector invested Rs 1400 crore. This shows that there is enough money available for those who are talented and MSMEs that are doing well. The private sector is contributing seven rupee for every rupee invested by the government.’

Why are SMEs apprehensive of risk capital?

There is no doubt that SMEs need access to risk capital to grow. However their traditional mindset often makes then reluctant to access risk capital. Some of the common issues are

Most of these concerns are internal to the entrepreneur. However in my experience the awareness and aspirations of the next generation of entrepreneurs is inspiring and provides great hope that things are changing for the better. As the McKinsey Global CEO Bob Sternfels said recently, this will be India’s century. Even in family run businesses the change is being led by the next generation.

Once a SME reaches a certain scale and has a demonstrable track record it can approach the stock market. This option is also important for earlier investors in the company as it will allow them to exit.

SEBI norms for listing on NSE and BSE are very tough and may be formidable and out of reach for a normal medium size company. Fortunately like in many other countries in India also SEBI also allows for specialised SME platforms with much easier listing norms and both NSE and BSE have been providing this service since 2012.

A total 595+ companies have been listed on these exchanges and have raised Rs 7,300 crores and have a market cap of Rs 79,000 crore. BSE SME and NSE EMERGE are the names of these platforms. Out of these BSE SME is more popular.

It may be noted that post listing on SME exchange both NSE and BSE provide the option of shifting to the main exchange at the appropriate time. 225 companies have already exercised this option.

SEBI norms for IPO on Main Exchange VS SME Exchange

IPO process is easier for SMEs in comparison to main board IPO. But it is still a complex and time taking process. It takes at least 4 months from the day company appoints a merchant banker.

The traditional constraints of land, labour and capital are no longer valid. Today the world belongs to those who have the ability to dream big and the persistence to make those dreams come true. 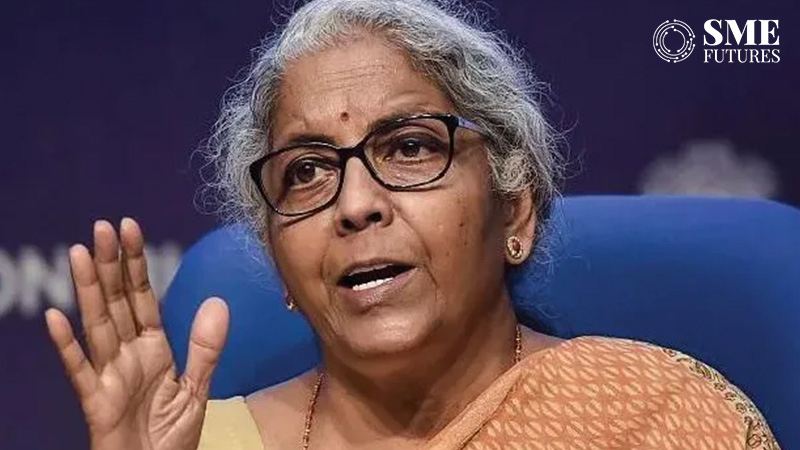