Home/ Innovation/ Junio, a digital piggy bank for your children

In the last few years, the Indian fintech space has grown dramatically, catering to their target-audience i.e. adults. However, ex-Paytm alumni Shankar Nath and Ankit Gera decided to shift away from these conventional consumers. 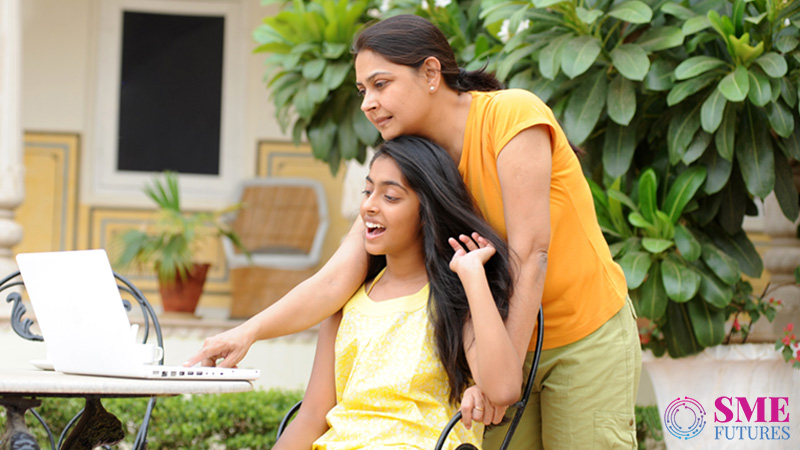 Indian households have a strong affinity for the concept of saving money. However, it is not necessary for every person who saves money to be a financial expert. When the National Centre for Financial Education conducted a survey in 2019 to learn more about it, they discovered that only 27.18 per cent of the respondents were financially literate. Furthermore, among the BRICS countries, this was the lowest percentage.

This demonstrates a significant gap and a general lack of understanding of financial products, credit, compound interest, and other concepts related to finance and banking among Indians. Which leads us to the conclusion that India needs to up its game in order to instill financial literacy concepts in the minds of its citizens. One way to accomplish this is to encourage active saving behavior from childhood. Which is what most Indian parents do by giving their children piggy banks along with their pocket money.

Of course, this concept encourages kids to be money conscious. However, because banking concepts are complex, they do not aid in their understanding of finance. Adults are generally in charge of money matters. Hence, as we speak, there is a huge potential and an unmet need to nurture financial knowledge and discipline in kids from an early age.

“Junio’s goal is to promote the desired behavior among children along with developing an understanding of the value of hard-earned money while nurturing financial knowledge and discipline and promoting interactivity amongst children from an early age,”

The company’s vision is to create a financially smart and empowered young generation. Since its launch in March 2021, Junio has gained strong acceptance among parents and children. Currently the app has crossed more than 4 lakh downloads due to it offering many benefits. As of now the app is available on android and the Junio team is working to launch an IoS version soon.

Smart money for your child

India is increasingly conducting business online and preferring cashless transactions. This is due to the increase in internet users and the ease with which mobile apps can be used. As a result, digital payments are quickly becoming the norm for most people while conducting financial transactions like paying bills, shopping online, or even while paying a local vegetable vendor.

Then why exclude pocket money from this arena, especially when cards, wallets, and online apps are rapidly replacing cash? This was the whole idea behind Junio. While brainstorming the idea, the co-founders learnt that due to the surge in online transactions, children now constitute a significant portion of the total number of online consumers. However the ultimate authority lies with the parents. Which further powered their start-up proposition.

“You give cash to your children as pocket money. However, with online transactions becoming massively popular, the idea of cash as pocket money is fading away. We also realised that kids are shopping more on online platforms. And the pandemic has further accelerated the adoption of online shopping and digital payments by most individuals, including children. But to transact online, children often borrow their parents’ debit or credit cards to make payments,” comments Gera.

As there are not many financial solutions available for minors in the Indian market, the Nath-Gera duo identified the need to launch a fintech app that is dedicated to children. “Now, your child doesn’t have to borrow your card ever again or ask for the OTP. Simply because Junio serves as a smart card for them, which they can use for all their online and offline purchases. It’s a prepaid card, and so the child can only spend the amount loaded on the card by his or her parents or guardians,” he further elaborates.

US based Greenlight Cards operates in the same space and is a $ 2+ billion enterprise with a vibrant parent-child community. But till now, India did not have any specific financial solution dedicated to kids, as most fintech companies cater to adults.

“Even before the pandemic, we were aware of the absence of a dedicated payment instrument for children, even though they were spending significant amounts of money online and offline. The pandemic just accelerated the need to develop a payment solution designed specifically for children,” asserts Gera.

According to Gera, fintech apps for children are a novel concept in India and the kid-focused fintech market has immense potential to develop further. “It is early days yet, but strategic execution will be the key,” he says.

Until now the majority of Junio’s users have been organically acquired through positive word of mouth, claims Gera. “We use some amount of digital marketing too. We are actively collaborating with schools to launch programmes to promote the understanding of money among kids,” he says.

However, being a kid-centric start-up, the Junio team often faces challenges in communicating the concept to the parents. “We often come across questions like how prudent is it to hand over a debit card to children from an early age. But that’s exactly what we aspire to achieve—imparting financial literacy to children from a young age so that they grow up to be financially independent individuals,” he avers.

How does this card work?

“The Junio smart card serves as a smart debit card and ensures that your child is never out of money during an emergency or when you are not around,” explains Gera.

To elaborate further, the Junio smart card lets children make physical and online purchases through the app, using the digital pocket money that their parents have loaded in the card. This way, they can learn how to earn, spend, and save money and manage their finances.

Further explaining the process of using the Junio app, Gera says that the signing up process is as simple as opening a Facebook account. “The process is very simple and takes just a couple of minutes to complete,” he tells us. On the Junio account, parents just have to add their children and a virtual card is issued instantly, which is free of cost. The guardians can then add money to the card connected to the Junio app. The option for a physical card is also available, which can be ordered at a minimal cost of Rs 99.

This smart card further offers a host of benefits to both the children and the parents.

Firstly, for using this card, a child does not need to have a bank account. Children can receive digital pocket money from parents and relatives via the Junio smart card, which they can then use for online and offline shopping. They can also earn extra money by completing a task assigned to them by their parents. They should set aside money from their pocket money for the things that they most desire.

The parents can track their child’s activities through Junio alerts which are sent to them whenever they make a purchase or withdraw money from an ATM. They can even set spending limits or limit cash withdrawals from ATMs, as well as get interest on the child’s savings. They can also use the app to activate or deactivate their Junio card at will. The Junio card has a limit of Rs 10,000 per month with a minimum KYC. Also, Rs 5000 is the daily limit on the Junio card.

“Currently, the Junio team is a 20 people team headquartered in Delhi, with its core focus area being our product and the relevant technology required for it. The revenue is generated through card subscriptions, merchant discount rates (MDR) and the cross selling of products. All our efforts are directed towards getting more children on the platform at this stage,” Gera informs us.

The way forward for Junio

The start-up has raised US$ 2 million so far in a pre-seed round led by marquee investors. “We are utilising the funds that we have raised to develop new products, to strengthen the team and to launch customer acquisition initiatives,” says Gera.

The start-up is continuously working to shape up their fintech solutions and to add more features to their products in order to better serve their consumers . Besides that, they have many more plans on the table. “The product pipeline is extremely robust, and we are working on multiple features as we go along. You will see a significant number of them shortly,” he tells us.

Going forward, Gera envisages Junio becoming the most preferred choice for children to make their online and offline payments. “Just as Greenlight Debit Card is empowering parents and kids in the US, we too are aspiring to do the same in India via Junio. We will be exposing all the neo-banking products such as smart savings accounts, BNPLs, student loans, etc. to the children as we go along,” he asserts.

The start-up aims to have over 5 million users down the line and is extremely optimistic about achieving this target sooner rather than later. 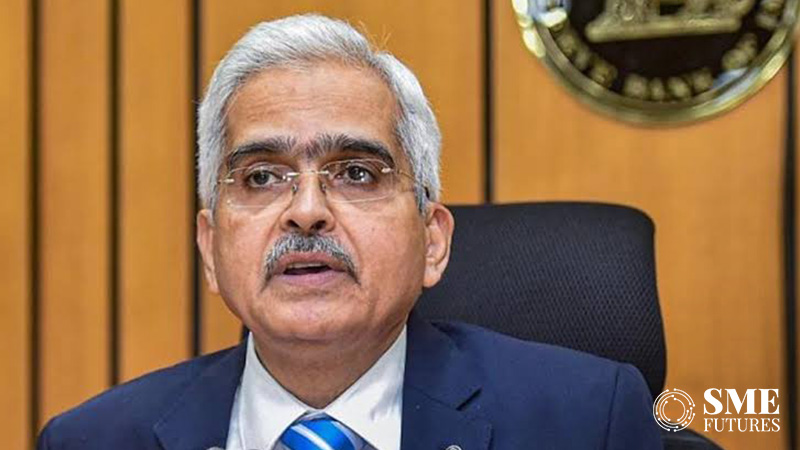 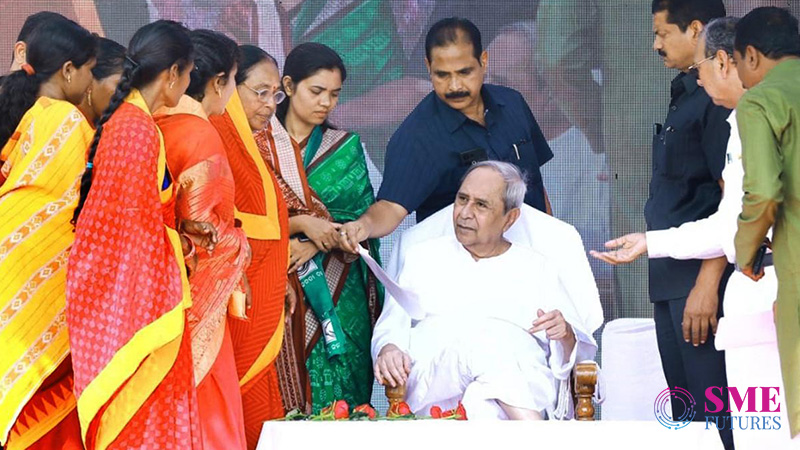 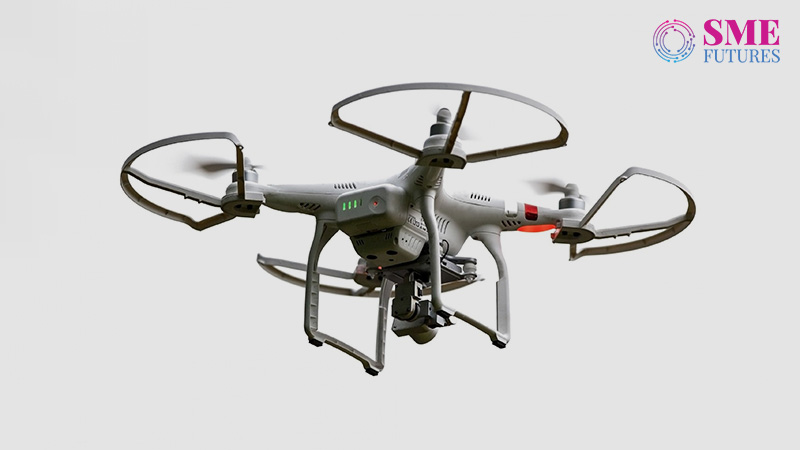