The EV battery market is growing exponentially in India. By 2030, the lithium-ion battery manufacturing and recycling market is expected to be $1 billion

The next normal:The recovery will be digital

As the government is aggressively pushing for adoption of electric vehicles (EVs) in the country,, automobile original equipment manufacturers (OEMs) are in a rush to develop long-lasting battery technology to stay ahead of the competition .

In the automotive paradigm, lithium-ion battery technology stands at the centre of innovation. There has been a significant amount of progress in the improvement of lithium-ion battery technology. According to Niti Aayog’s recent report, titled ‘Zero Emission Vehicles: Towards A Policy Framework,’ India needs a minimum of 10 GWh (Gigawatt hours) of cells by 2022, which would need to be expanded to about 50 GWh by 2025.

Several top battery players have announced their plans for mass production of NCM811 batteries (that contains nickel, cobalt and manganese in a ratio of 8:1:1) by 2020. NCM811 has a longer lifespan,  allowing EVs to go further on a single charge. Battery companies have been introducing a road map for solid-state battery technology as the next-generation technology.

Besides getting the cell-cost and parameters like energy-density (size and weight),  life-cycles, safety, temperature tolerance right, India would need a policy to secure materials used in lithium-ion batteries such as lithium, cobalt, nickel, manganese and graphite – in order to make EVs a success story in this country. “Perhaps the most important task would be setting up of Lithium-ion battery recycling industry (what is referred to as urban mining),” the report suggests.

In a conversation with SME Futures, Ashok Kumar  Prusty,  Executive Vice President,  Bry-Air (Asia), which is one of the stakeholders in the EV battery manufacturing, talks about the state of EV battery segment in India and the challenges it is facing.

With EVs gaining momentum, a new market for electric batteries is in the making. How do you foresee the scenario of this segment in the country?

The battery segment is going to take off, but I think the EV sector is on the wait and watch scenario. Lithium-ion battery is gaining major acceptance in the industry due to falling battery prices and new markets emerging such as electric vehicles and energy storage systems (ESS). However, there are few aspects which the EV battery segment needs to focus on. In this segment, there is a lot of investments as well as production facilities in China. On the contrary, investment stakes are much higher in India. However, once investment is made, investors are not sure who will buy their product since there are multiple OEMs – all fighting for the same market pie. For instance, Honda, Toyota and Suzuki are all competitors.

Secondly, nobody is sure of what kind of chemical configuration is feasible. From a technological standpoint, this is the number one issue where we are lacking.

The government’s target – that is to have a minimum of 10 GWh of cells by 2022, which will be further expanded to about 50 GWh by 2025 – is not small But for a small manufacturer, it is only achievable when they have enough support from the government, in terms of subsidies on manufacturing, assurance of buying, etc.

While Niti Aayog has announced the subsidy to cell manufacturers where maximum cash subsidy would be for up to 20 GWh per company, and ₹2,000 cash subsidy will be for one KWh only for 100 per cent domestic value capture, it has also proposed that any manufacturer will get ₹1,200 per KWh in case of 60 per cent domestic value capture. In my opinion, this is not enough for manufacturers and even for investors as it not so profitable on the finished product. Government rather should look at incentivizing  and subsidizing  manufacturing facility as that will open up opportunities  for various stakeholders.

On the other hand, manufacturers could look upon China as a market. They have made lithium phosphate mandatory in the EV cell manufacturing.  Manufacturers making cells of lithium-phosphate can take on the market. However, labs in Indian are talking about cells made up of aluminium,  cobalt and many other combinations. There is a kind of uncertainty among manufacturers as to what the best material mix for batteries will be; batch size manufacturing; and what chemistry should be used etc. The processes are important as it can affect the quality and life of a battery.

Currently, I see the battery manufacturing mainly as the assembly lines in India. Manufacturers import batteries and materials, and assemble it here.. Firms like Amar Raja and Exide are looking at best technology  options that they can create for the market. The market will certainly take time to shape up by 2020 or 2021 end.

Currently various R&D facilities are researching on EV batteries. But, the industry is still waiting for a commercial technology . Why are we lagging?

It is no doubt, India has got great R&D ecosystem. But the challenge is that there are no deadlines. For instance, other regions and facilities work on heavy deadlines. When they are given R&D work by governments, they set a target, along with the industry collaborations. In India, this kind of attitude is what we are missing.

Secondly, research organizations need to collaborate. This can give us advantage in gaining fast results. Also, there should be a supervisory set-up to look upon the accountability of these research organizations on various aspects. For instance, a leading facility that is researching on  EV batteries has already spent more than ₹200-300 crore and have made 10 batteries out of which eight  get rejected. What we need today is, strong research infrastructure, collaborating foot between the industry and the R&D house. The government taking control of spending and return on investments, till the scientist is not held accountable for that.

While chemistry is important for cell making, the working also depends upon the weather quality. And India has various weather patterns, what are your views on this front?

Weather conditions and temperature is one of the important aspects that manufacturers must keep in mind. The temperature in India goes as high as 48-50 degree celsius, but  the batteries that are available today is suitable for up to 40 degree celsius. As the temperature goes up, there is a possibility of explosion or degradation of the battery capacity.  EV batteries are coming up with cooling systems,  making them more expensive.

Currently, you cannot just import what Tesla is doing in the US and use it in India. It is not possible. Similarly, the battery – even if it is imported –must be as per the local conditions. The market requires research and development on the batteries which can withstand high temperatures and extreme weather conditions like chilly winters or even smog.

What are the challenges that the EV battery industry is facing at large?

There are certain challenges which are slowing down the growth for the sector in the EV industry. Firstly, technology cost is a challenge. Batteries are bit expensive, however, the costs are eventually coming down. For instance, if an  electric vehicle is of ₹11 lakh, one would not buy it as battery cost is almost 50 per cent of the total vehicle cost. Also, industry requires battery of  high performance at elevated temperatures, high capacity with more range and life cycle. Interestingly, automobile OEMs are taking a more proactive approach towards the R&D of  solid-state batteries. So far, Toyota ranks first in the number of patent applications for solid-state batteries. Last year, Volkswagen also announced to invest US$ 100 million in solid-state battery maker Quantum Scape to mass produce the product by 2025.

Another challenge is of charging infrastructure. Not having enough charging access point is the most common reason for consumers not buying an EV.  With EV prices declining and ranges expanding, charging is the top barrier.  Yet still there are fewer number of charging stations while we need to put a lot in action. Infrastructure needs to be maintained parallelly with EVs penetration by 2030.

Unlike traditional, internal-combustion engine (ICE) vehicles, which typically only refuel at gas stations, EVs can recharge at multiple locations in multiple ways. But the issue is of types of chargers. We are allowed to three types of specific chargers- European, Korean and Chinese. So, the question lies – what kind of chargers do we really need? Likewise, an EV charging provider had to put all three which can be cumbersome.

Closing the charging gap is one action, and resolving it will require a concerted, collaborative effort. The key is to put a strong policy framework soon for a robust EV ecosystem for the benefit of industry as well as for the consumers.

With EV battery industry in the making, what are the new business models that can shape up the sector?

There are various activities to be performed at different stages of planning, implementation and subsequent operations and maintenance of EVs. There had to be a stakeholder depending on the choice of the model. There can be number of business models depending on possible combination and may be driven by an individual player or by collaborating with each other. While action on various fronts is ongoing, appropriate business models would help create synergy amongst stakeholders and leverage their competence and expertise towards a common outcome.

In my opinion, apart from battery manufacturing, new business models suited for the value-conscious customers includes, battery swapping, pay as you charge, battery leasing or rental. Then battery recycle is another vertical with lots of opportunities.

Various companies are working on effective techniques to recycle lithium-ion battery in optimized manner after analyzing the potential demand for recycled raw materials such as nickel, cobalt, lithium, and others. For instance, Kemetco is working with American Manganese to develop a scalable and commercialized recycling technology for lithium-ion batteries, which is low cost as well as environment friendly. In addition, the amount of recycled lithium is expected to satisfy nine per cent of the global demand for lithium in various applications. More than 66 per cent of the spent EV batteries are expected to be recycled in China, used to cater to the country’s fast-growing battery material industry.

Do you foresee MSMEs and startups coming into the space?

Likewise, we Bry-Air as an MSME is a part of the EV cell industry. We act as an enabler of battery manufacturing. Battery manufacturing requires certain conditions where there should be zero moisture in the space (less than 1 per cent relative humidity or RH) otherwise battery explodes. As an enabler, we are not directly manufacturing, however, our company provides de-humidifier solutions to cell manufacturers.

News
GeM has processed orders worth ₹ 40,000 cr in GMV in last 3 years, 50% transacted by MSMEs
Focus
Can used car market accelerate recovery for the Indian automotive sector?
News
No record of MSMEs that shut down during the lockdown: Centre
News
Covid-19 lockdown impact: Unemployment rate rises to 23.4%, CMIE 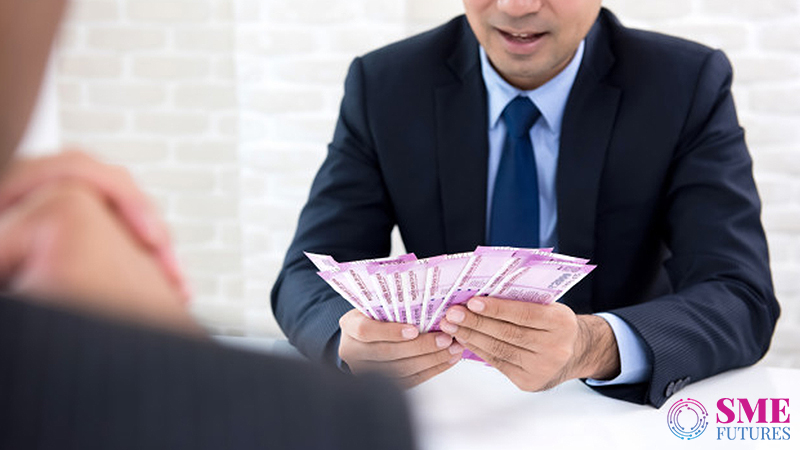 Working capital for MSMEs is paramount today: Why TReDS is the need of the hour 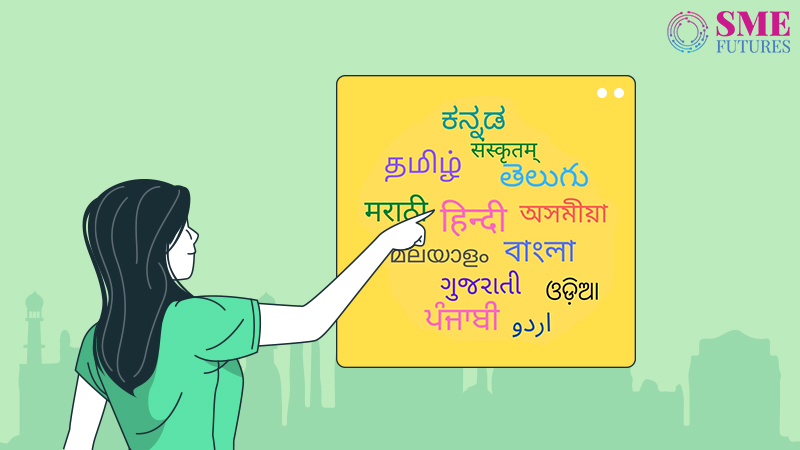 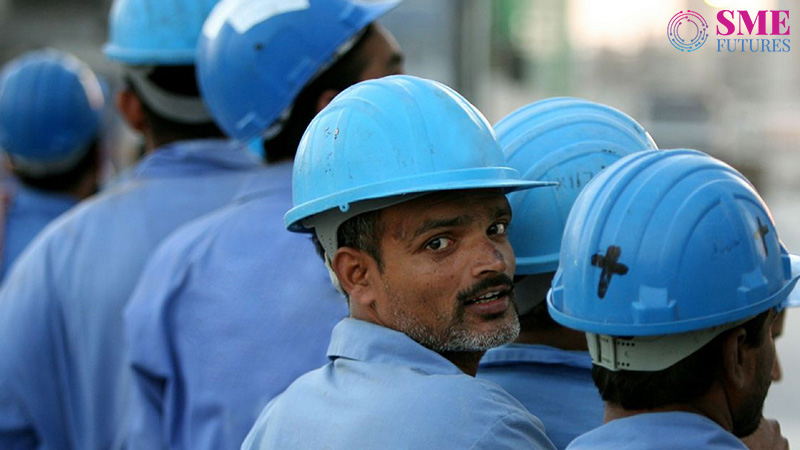 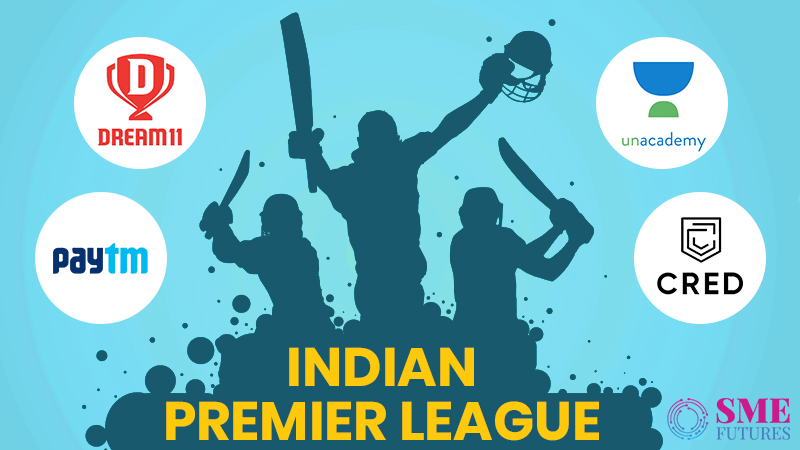 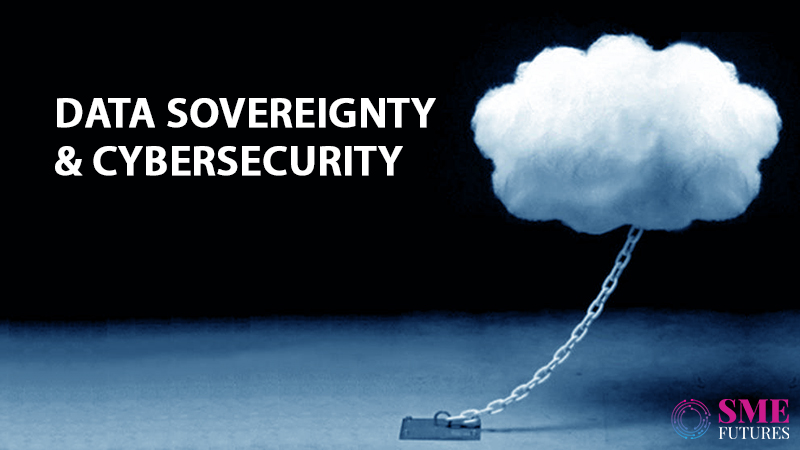 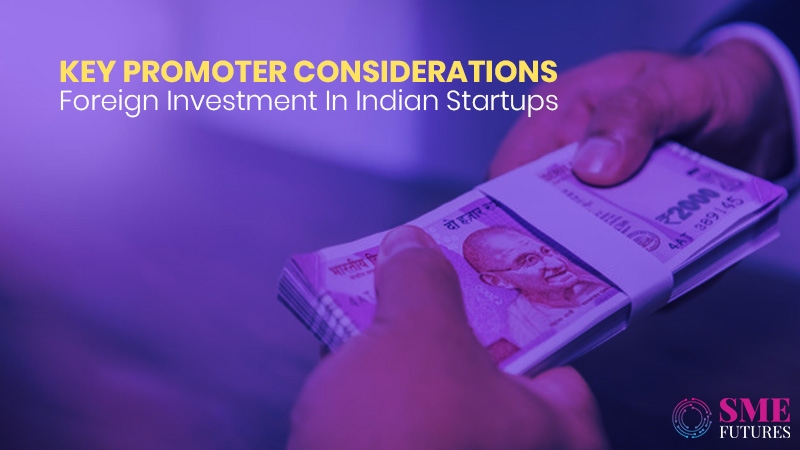 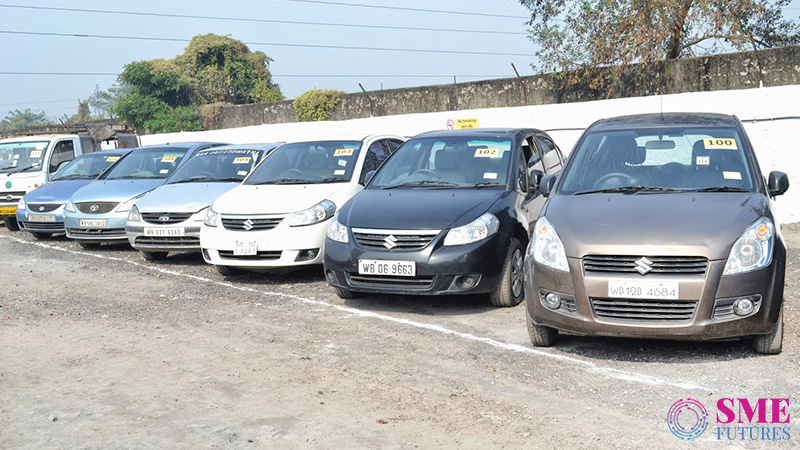 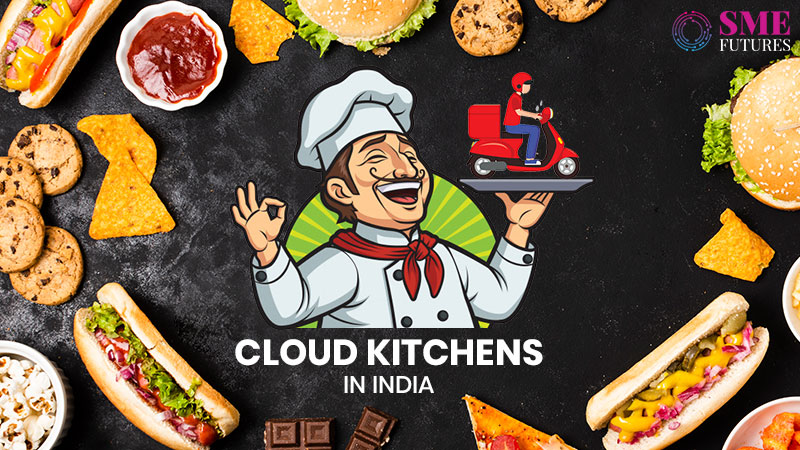 Laying your table from the cloud: Cloud kitchens are here and reviving restaurant industry 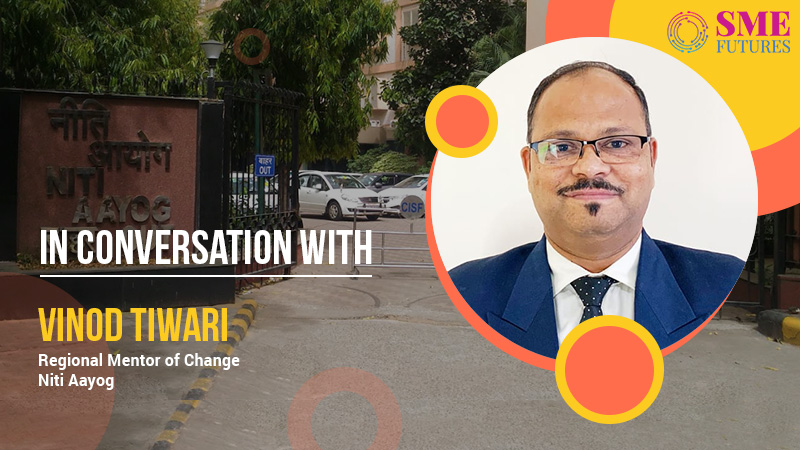 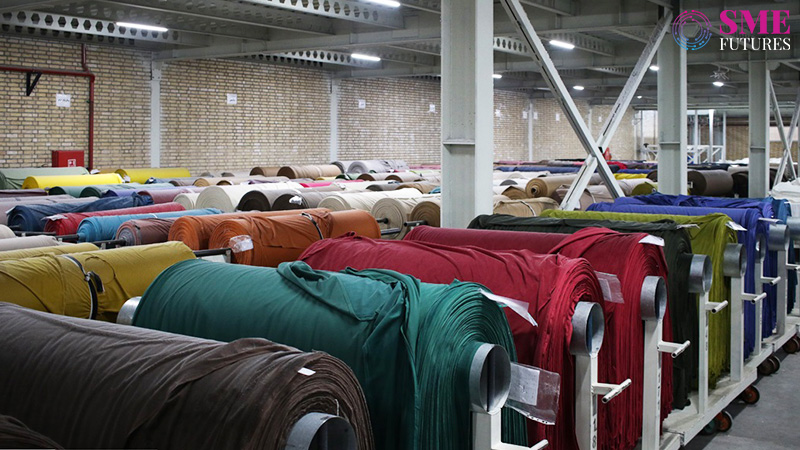 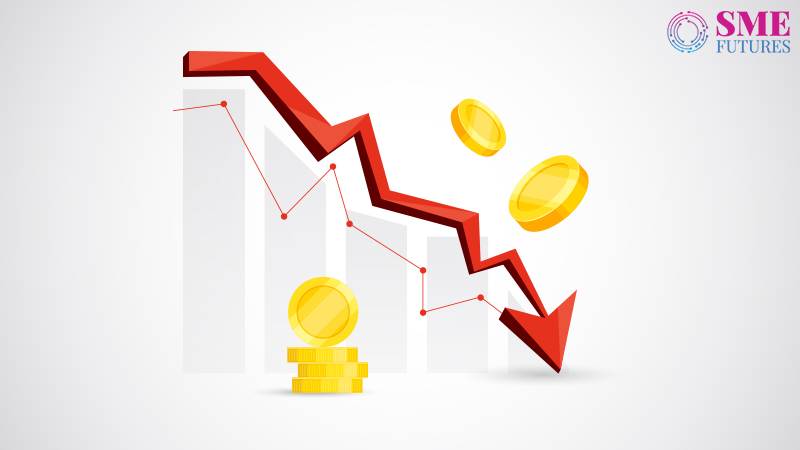 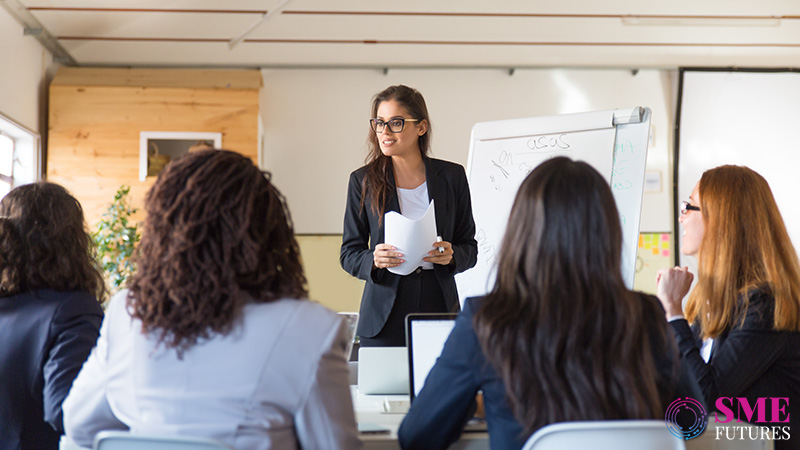