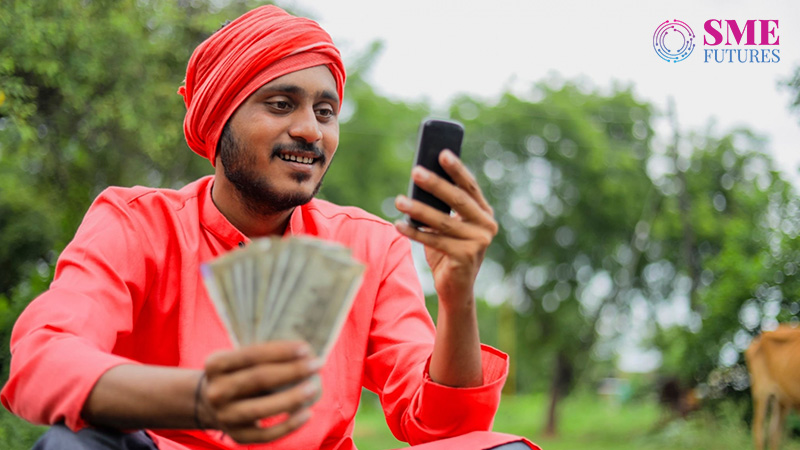 In this digital world, where everything is now just a touch away, can you imagine making payments by making missed calls? Some will question the motivation behind it, given that digital banking and UPI are already available on smartphones. However, a large part of the Indian populace still does not have smartphones. With over 96 per cent of Indian villages using feature phones, the penetration of UPI-based transactions is still limited to the urban and semi-urban areas.

However, RBI announced a breakthrough solution in March this year—UPI123pay. This empowers feature phone users to make UPI payments without an internet connection. According to media reports, as March ended, more than 37,000 users joined the service. In fact, up until September of this year, UPI123pay has garnered over 2 lakh active users.

And MissCallPay, a Gujarat-based start-up, is one of the four apps that are driving this next wave of financial inclusion.

“The team has designed a payment solution keeping feature phone users and non-tech savvy people in mind as making a missed call is a common habit amongst the people of this country,”

The company, headquartered in Gujarat with its business operations in Mumbai, has already received all the necessary approvals from the NPCI and the RBI to launch its product.

Despite a lot of digital push, India is still primarily a cash economy. According to Thakker, the cashless economy has numerous loopholes that have numerous ramifications for small businesses. “People like farmers and small shopkeepers who do their business transactions in cash are unable to obtain loans from financial institutions. This is because there is no proof of these transactions. As, without a financial history it’s impossible to get formal credit. For the growth of the economy, credit has to be disbursed based on financial transactions. This is a critical problem of the Indian economy and UPI123PAY is a significant move towards solving this problem,” he points out.

Talking about their MO, Thakker tells us that to make a payment, a feature phone user or entity just has to give a missed call to a specified number and wait for the call to get disconnected automatically. “MissCallPay’s technology ensures a call back and an automated voice guides the user to enter the amount and the United Payment Interface (UPI) PIN. The transaction gets done within seconds, and without internet connectivity,” Thakker tells us.

To reach their target audience, i.e., the feature phone users, he has partnered up with banks and other large entities like electricity, power, EMI, and loan disbursement firms to help them to easily collect their bills and to lower their cost of collections. In return, they promote this solution to their customer base.

“The fact that the customers we serve are not tech savvy is a challenge for us. We are unable to reach these people through social media and reaching them through offline media is equally expensive. Therefore, collaboration is the only solution. Fortunately, we have trustworthy partners who are driving us there while we make sure that they gain a lot from it as well. Then it will be a win-win scenario for everyone,” he says.

Inception of an idea

The eureka moment of MissCallPay came to Thakker during one of his journeys to Ahmedabad. He saw people struggling a lot during the demonetisation period.

“In 2016, I was in Ahmedabad. People were waiting in queues despite the availability of UPI-based payment methods. We realised that although people were using smartphones; those were just the basic types of smartphones. The storage space is also less in these basic models,” he reminisces.

Currently, five billion transactions are happening every month on UPI, and it is catering to 20-25 crore people. Despite such numbers, there are still a huge number of people who are not able to transact through UPI.

“Even in the current scenario, they (people with feature phones) have to go to the nearest Aadhar point and also have to pay a small fee to withdraw cash. So, the idea is to enable those people who are digitally challenged or are using basic smart phones or feature phones, to transact via UPI,” he continues.

“Therefore, I decided to venture into fintech and realised the potential of financial inclusion by coming up with a payment solution that works without the internet. Following the idea, we worked on the product and thus MissCallPay was born,” Thakker tells us.

Testing times and a call

On the road to bringing about change, the MissCallPay team has also experienced setbacks that have hampered their work. The pandemic was one of them.

COVID-19 was bleeding MissCallPay dry. “On May 5, 2020, several employees of our budding bootstrapped firm resigned as the company had no money to pay them,” he tells us.

However, six days later one piece of good news changed everything for the founder, Mitesh Thakker.

“When we were down, I got a call from the Bill & Melinda Gates Foundation in India telling us that our company was one of the three finalists in the “Grand Challenge” for start-ups and individuals, conducted by the foundation, NPCI and CII.CO in January 2020. I never really thought that there was a chance of us winning. There were 750 contestants, including an Amazon-funded company, the State Bank of India and a unicorn start up. We are a really small company. But we bagged Rs 21 lakhs or $30,000, which gave a tremendous boost to the company,” he recounts.

The focus of the challenge was to come up with a solution to enable digital payments through a feature phone, with easier onboarding and enhanced security features. The company has also introduced the concept of a voice-based payment solution with their ‘Missed call’ feature.

Currently, MissCallPay is angel-funded, and the team is planning to raise another Series A funding in the next 6 months.

Working on speeding up the adoption of UPI

Talking about his company’s roadmap, Thakker says that MissCallPay wants to operate in various regions in addition to their current presence. Concurrently, they will continue to work on boosting economic development, social progress and developing novel solutions that could pave the way for further digital financial inclusion. However, his main mission is to boost UPI adoption in India.

Users of feature phones cannot download smart phone applications to make payments. These audiences lack digital literacy and even if they buy smartphones, they cannot use them to make digital payments, he says while talking about UPI adoption.

“There are 93.3 crore people in the audience, and they struggle to use something as basic as UPI. For instance, if these users lose even a small sum of money, they will never return to using digital payment methods again and will instead prefer using cash. UPI adoption should be a straightforward and safe concept,” adds Thakker.

At the same time, a sizable proportion of Indians have bank accounts but do not use debit cards or have their cards deactivated. According to Thakker, the only way to expedite the process is to use an Aadhaar OTP based on UPI boarding. “We’ve asked the NPCI and the regulators to test the novel idea of allowing users to sign up for UPI using their Aadhaar OTP. Once this happens, adoption will accelerate. Our goal, which is in line with the mission of the government and of the regulators, is to get even the last person in India to start using UPI as a payment method, which is currently causing a revolution amongst the tech-savvy smartphone users,” he says as he signs off.