Home/ Features/ EY breakup: Project Everest is for the better!

EY breakup: Project Everest is for the better!

EY executives have agreed to proceed with the separation of its audit and consulting arms, the biggest shake-up of a Big Four accounting firm in decades. Is it for the better? 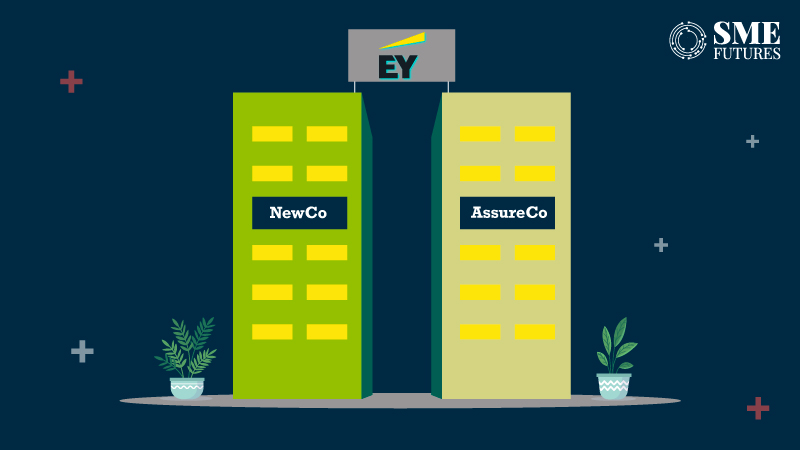 In June 2022, when EY employees received an e-mail from their CEO about restructuring, they thought it was a rumour. However, months later, after the chatter died down, it turned out to be true.

The EY breakup of its audit and consulting arms is the biggest shake-up in India Inc. of a Big Four accounting giant in decades. According to EY, their plan is to separate one entity into two distinct, multidisciplinary organisations. They have nicknamed this plan—Project Everest, which started in November 2021 and the process is set to conclude in early 2023.

The deck shown to EY staff in July, reads “The why. The transformative forces reshaping professional services are evolving at an unprecedented speed and scale – there is an imperative to consider strategic options now.” Translation: this will let us sell our consulting services to our audit clients without pesky regulators breathing down our necks about it.

However, the breakup had already been anticipated by the experts.

According to Dr. Anil Sood, Professor and Co-founder at The Institute for Advanced Studies in Complex Choices (IASCC), business restructuring is not uncommon in large accounting and advisory firms.

“This has happened in the past. We have seen the Big 8 of the last century become the Big 4 of today (big 3 now). They, along with some of their largest clients, have also let us down more than once in the past and I would not be surprised if our trust is broken in the future too,” he says.

On their way to becoming the Big 4, the companies have either split or sold their consulting businesses earlier too. For example, PwC sold its consulting business to IBM. On a smaller scale, KPMG sold its restructuring practice to a private equity firm, HIG Capital last year – a news report cited a conflict of interest as a reason for the sale. The same media portal report cites the sale of its restructuring practices by Deloitte to another private equity firm – CVC Capital Partners.

According to the professor, another round of restructuring does not come as a surprise therefore and this one is a very significant effort at restructuring.

Whereas CA Anjanikumar Sharma, CEO and Principal Consultant at ACES finds the move to be more of a safeguarding exercise. “It also has a shadow of regulation being applied or being considered in various countries around the globe,” he surmises.

But there is more than one reason for this separation.

Since Arthur Anderson’s separation in 2002, the EY split is being called a damascene in the auditing world. Defining it as a bold move, India Inc. leaders have mixed feelings about it. However, the question is about why there was a sudden shift in the status quo.

According to Amarjit Chopra, ex-president at the Institute of Chartered Accountants, splitting up into two is desirable due to two reasons. “It would liberate a non-audit practice to accept assignments without regulatory restrictions. While an audit practice will be ring-fenced against any potential conflict of interest in accepting audit assignments,” he says in an interview to ET.

For a very long time, the Big4 accounting firms viz—EY, KPMG, Deloitte and PwC have been under regulatory scrutiny over concerns that their advisory services might be in conflict with their independent auditory reviews.

Of late, large professional services firms have come under increasing scrutiny by the Financial Reporting Council, UK (FRC) and the Securities Exchange Commission, USA (SEC). For example, the SEC imposed a large fine ($100 million) on EY just this year. Not only this, India’s accounting watchdog, the National Financial Reporting Authority also found major faults in the EY’s member SRBC’s audit. At the same time, the Wirecard debacle also brought the audit firm into the spotlight. Similarly, FRC has “severely reprimanded” KPMG and imposed a £20 million fine on them in the Carillion case.

“An audit requires an unbiased and independent approach which is not a prerequisite for consultancy, hence it’s rigorously regulated. An audit also has more stakeholders involved than an advisory, hence its answerability is higher, and its legal repercussions are more far-reaching than they are for an advisory which is limited to a commercial dispute,” CA Sharma tells us.

Till now, all these firms have maintained a thin line between their audit and consulting divisions, and they claim that it is so for ease of doing business.

Audit and consulting: not a pair

For decades now, auditors have generally provided tax advice as well—which according to experts such as R Narayanaswamy, a retired professor of finance and accounting and chair of the Technical Advisory Committee of the NFRA, is baffling that this has gone on for so long.

“A kind explanation is that knowledge of accounting is useful for calculating taxes. But tax advice is anything but fair-minded tax calculation. The client expects the advisor to reduce his taxes, so the advisor can no longer be an unbiased judge of the client’s financial reports,” he writes in his commentary.

However, audit firms have built consulting businesses over time.

“Given that these businesses are becoming large and complex and are coming under increased scrutiny for their contribution to society, they are continuously in search of firms who can provide them with one stop solutions. The Big 4 have positioned themselves as professional services firms who can not only provide audit and assurance services, but can also provide tax, accounting, and a range of other advisory services as well,” says professor Sood.

While there is nothing wrong with providing multiple services on a single platform, accounting and auditing may get mixed up.

That’s why, the FRC, the UK’s financial watchdog has asked the Big 4 to do an operational split of their audit practices by 2024. That is one of the reasons for the EY split.

The top agency has been mandated with “restoring trust in audit and corporate governance” and it states that its purpose is to serve “the public interest by setting high standards of corporate governance, reporting and audit and by holding to account those responsible for delivering them”.

A Competition & Markets Authority study suggests that the ‘one firm’ culture in these firms dilutes “the culture of objectivity and challenge required by auditors performing a public interest function”. In view of this finding, the study suggests the following:

It’s true, that consulting brings in the big bucks. Just look at the Accenture numbers (revenue $51 billion last year), which separated from Arthur Anderson. That’s another reason for the EY bosses approving a radical split. And the experts authenticate.

“Consultancy brings in far more revenue than audit with limited risk exposure. Hence, it is pragmatic to insulate it,” says CA Sharma. He defines an audit as an event-based requirement that is generally annual in nature, the exception being an internal audit, whereas he defines an advisory as event-based and limitless.

“They are not comparable but going by the trends YOY, the audit business is growing for the Big 4. Also, in an audit, there is a requirement for rotation which is not necessary for a consultancy, which further restricts a repeat income. Lastly, there are limited avenues for audit in a corporate but there is unlimited scope for consultancy, hence a consultancy is going to earn far more than an audit, on any given day,” he elucidates.

Professor Sood also feels that currently, the Big 4 earn less than one-third of their revenue from audit and assurance. “It is, therefore, not surprising that they are reorganising their businesses to focus on fast-growing, high-margin businesses,” he points out.

EY’s audit arm made $13.6 billion in revenue last year. When compared to its growing consultancy arm, it is still behind. While the consultancy division earned twice as much at $26.4 billion. That has been the trend, according to experts, since 2012.

According to estimates, EY’s non-audit business has grown significantly over the last decade, increasing by 93 per cent. We can’t say the same for its audit sibling though, which has grown by 27 per cent.

Rajiv Memani, Chairman and Managing Partner of EY India has said that EY India’s advisory business will register a billion dollars in revenue this financial year, ending in June 2023 even after the audit-advisory split, and the firm’s employee strength in the country will cross 100,000 by then. Therefore, the split appears to be the best option for them.

The implications of the split for India

At this point, we can’t say for certain what the EY split holds for India. The think tanks too are being tentative in their opinions about the split so far.

CA Sharma does not feel that Indian companies are going to benefit from this demerger. “I personally don’t see any benefit for Indian companies. Also, it won’t help homegrown audit companies anymore as they have demerged to cease to exist,” he specifies.

More so, the split is going to make audits and advisories costlier than ever, he feels.

“I feel that audit as well as advisory from these firms will become costly as cross subsidising across departments will take place and resource requirements within the demerged organisation will increase as well,” he says.

Professor Sood weighs in, saying that a reorganisation might not impact the local affiliates of these firms. However, EY’s position may strengthen. “As I understand, their Indian audit and assurance practices are housed in the local affiliates of these global firms and therefore, we may not see any major impact of this global reorganisation in India. If its non-audit business is being housed in a different legal entity, it is unlikely that EY would have to deal with the problem of compensating its audit partners as a part of this reorganisation,” he avers.

While EY has decided to split at this stage, it would not be surprising if the other three also decide to follow suit and reorganise themselves during the next few years, as the UK and other countries continue to build pressure on them to restore trust in reporting and governance.

“Any split in their businesses is only likely to strengthen their positions in the market, as each business would now be able to pursue growth without any conflict-of-interest related concerns,” says professor Sood.

We might see them lose their shares to each other while one of them is reorganising itself. But it is very unlikely that their dominance would be challenged as a result of any voluntary or regulator-driven reorganisation.