Explainer: Factors leading to rise in inflation in India 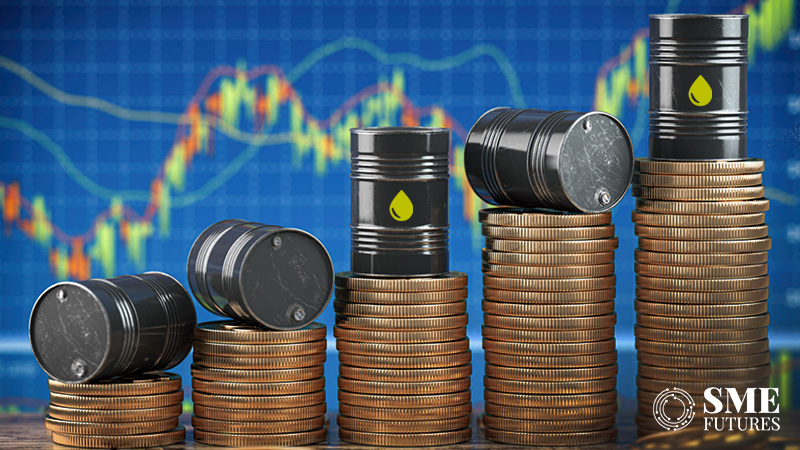 India has been witnessing a sharp rise in the inflation rate since September last year due to spike in crude oil prices in the international market and increase in commodity prices due to disruption in the supply chain after the start of Russia-Ukraine war.

Retail inflation tracked by the Consumer Price Index (CPI) measures the changes in prices from a retail buyer’s perspective. The CPI Inflation has been rising since September last year and remained above upper tolerance band of the Reserve Bank of India (RBI) for straight six months starting from January this year.

CPI numbers has seen a sharp rise in April at 7.79 per cent, followed by 7.04 per cent in May this year. However, in June inflation numbers has seen a downward trend due to cut in excise duty on petrol and diesel along with imposed restrictions on food exports.

Crude oil prices were the biggest contributors to the rise in inflation because it accounts for more than 40 per cent of the total CPI index. India imports nearly 80 per cent of the crude oil for the country’s demand. Therefore, high crude oil prices leads to increase in cost of other goods due to rise in raw material, production, and transportation cost. Fuel and light inflation in June rose to 10.39 per cent as compared to 9.54 per cent in May.

Food prices are essential and play a major role in calculating CPI inflation. Similar to fuel, food prices also have a great weightage in the over CPI index. The food inflation in June was at 6.73 per cent as compared to 7.92 per cent in the previous month.

To control inflation, the Central government had earlier this year announced several measures including a sharp cut in central excise duty on petrol and diesel. Custom duties also reduced on the some plastic products and steel to support local industries. The cut in excise duty on fuel came after the retail inflation hit an eight-year high of 7.79 per cent in April.

Similarly, the government has also waived customs duty on the import of some raw materials, including coking coal and ferronickel, used by the steel industry. In June, India had clarified that it has placed export restrictions on wheat to ensure that countries in need are given priority. This is also considered as one of the measures by the government.

Whereas, in an effort to tame inflation, government came up with one more measure viz. reduction in duty on crude palm oil import by 5.5 per cent from 8.25 per cent in February. This move helped controlling cooking oil prices and support domestic processing companies.

What RBI did to control inflation?

To control inflation, the central bank has taken appropriate steps, of which major step is rising repo rate by 90 basis points so far this year to 4.90 per cent, and is set to add more in coming months.

During June policy, RBI Governor Shaktikanta Das said price rise in much beyond the tolerance level. “Process of recovery in emerging market economies is also getting affected.”

“But the Indian economy has remained resilient. We have started a gradual withdrawal of the extraordinary accommodation,” Das said.

The RBI Governor, recently said that inflation is unlikely to fall within the top end of its mandated target band until December.

While, Raghuram Rajan, last week lauded India’s management of global inflation crisis and the central bank has done a good job in increasing the foreign exchange reserves of India, which helped India from problems, which was faced by neighbouring countries who were lack of it.

Experts said that the inflation has increased due to various reasons and the central bank is keenly watching the inflation and other factors.

Rising inflation has forced the central bank to raise interest rates two times in a month this year. This has resulted in banks and financial institutions rising rates on their loan products.

Rise in inflation results in rise in cost of most of the products, including raw materials or service which companies uses for its finished products. So rising interest rates forced them to buy that product at inflated price for which they borrow more from the market.

What experts are saying?

“With the softening of many commodity prices, CPI inflation seems to have broadly peaked at the current levels and expected to witness a downward movement to below 6% by Q4FY23. However, domestic inflation is still high and so is the global commodity prices, we expect RBI to continue with front-loading of rate hiking cycle. We expect 50 bps of repo rate hike in the upcoming policy and another 50-bps rate hike post that taking the terminal repo rate to 5.90 per cent by the end of the fiscal year,” said Rajani Sinha, Chief Economist, CareEdge.

“We expect a frontloaded 50 bps hike in the August policy keeping in view the external sector pressures as global key central banks continue the fight against inflation and as India’s inflation hovers around 7 per cent till September. However, the government’s measures across sectors such as energy, metal, and food along with softer global prices will continue to ease inflationary pressures. We expect inflation to gradually glide towards 4.5-5 per cent by March 2023. Importantly, 1QFY23 inflation at 7.3 per cent is 20 bps lower than RBI’s estimate in the June policy,” said Upasna Bhardwaj, Senior Economist, Kotak Mahindra Bank.