With digital radio, stations will go up to over 1,100 without an additional spectrum, from less than 300. 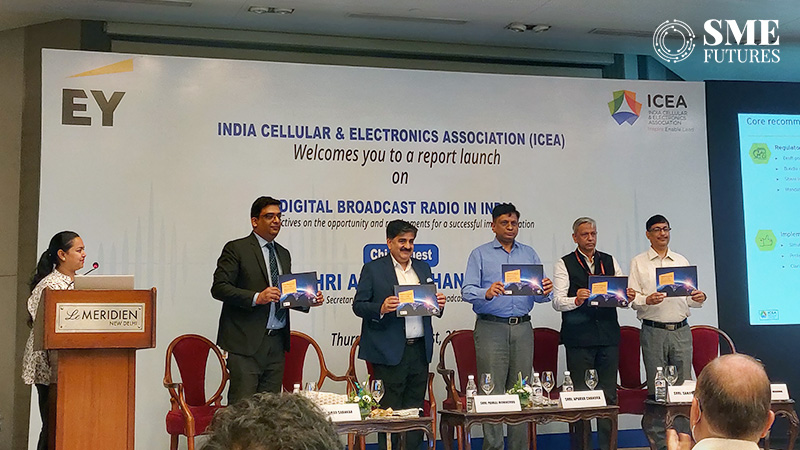 Even after 10 years of its launch in India, digital radio is still niche and depreciating. The report launched by EY has shown a complete study on digital radio and its position in India as it says, the adoption of digital radio technology can double up the revenues of the broadcasting sector within five years to Rs 12,300 crore.

It shows that digital radio broadcasting can be extremely beneficial for all the stakeholders in the sector like broadcasters, listeners, advertisers and regulators. This comes at a time when the FM radio segment has been struggling to generate robust revenues over the past few years.

It would lead to more advertising inventory to sell with the ability to charge higher rates based on segmented audiences. Given that the digital radio system can provide listenership data, broadcasters can build trust and eventually grow revenues.

Cost optimization is another major factor of these technologies for the broadcasters as their transmitters use significantly less power as compared to analogue radio transmitters. India has also tested two technologies – HD Radio and Digital Radio Mondiale (DRM), for Digital Broadcasting in FM bands.

Speaking on the digital radio scenario, Pankaj Mohindroo, Chairman, ICEA, stated “India is a heterogenous market and provides audience segments with differing tastes as well as payment capabilities. Digital broadcast radio has the ability to cater to segments of entry-level smartphones and several hundred million feature phone users to receive enhanced services in areas of health, education, emergency and weather which by complementing data networks decongest them. Communication usage with IoT devices is the next step envisaged in the pipeline too.

From the perspective of the listeners, the report showed that the options of channels would grow significantly. Around 4 times more channels are possible within the same frequency which can provide more options to listeners. Further, the technology is broadcast-centric, and consumers would not have to pay any data charges. Quality would also enhance as it provides a better listening experience than analogue transmission, across both audio quality and user interface.

Digital technologies would also bring about major reforms for the regulators as they would result in optimum use of scarce spectrum in the middle and long term and lead to increased taxes from increased revenues. It would also allow the authorities to use digital radios infrastructure for emergency warnings and traffic information.

According to the report, a complete transition from analogue to digital radio infrastructure would take three to five years. Radio broadcasters cannot enable a switch-on-switch-off transition to digital radios as they are dependent on linear FM reach for their revenues which would mean that analogue and digital broadcasting will need to exist in parallel till adequate reach is achieved. Consequently, for some years there would be no spectrum saving, said the report.

Also Read: How technology is changing the landscape for businesses in 2022

The report has recommended innovation around cost-effective chipsets, antennas and software to drive quicker adoption of digital radio. It has also been said that competing products using low bandwidth data and consensus on music royalties are issues which need to be addressed.