National Capital Region now has more startups than Bangalore or Mumbai. Here’s more on a report with such exciting revelations on startups, and recommendations on various measures to help scale-up the start-up ecosystem in the region, making it one of the top five global hubs for startups.

According to a new report, Delhi NCR has now replaced cities such as Bangalore and Mumbai as the start-up hub of the country. In addition to housing the largest number of active start-ups, Delhi NCR leads in the number of unicorns. It has the highest cumulative private market valuation with three out of four most valuable listed internet companies driving their businesses from the city.

This is a revelation from the report titled, ‘Turbocharging Delhi-NCR Start-up Ecosytem’, which was released by the not-for -profit organisation  TiE Delhi-NCR and a management consulting firm Zinnov.

Discussing the report, Rajan Anandan, President of TiE Delhi-NCR says, “NCR’s startup ecosystem has incredible momentum. What’s encouraging about the ecosystem in Delhi-NCR is, that it has a wide mix of companies across sectors which represent 23 per cent of all start-ups in India.”  He even believes that NCR has the potential to become one of the top five global start-up hubs.

“The National Capital Region (NCR) region has a competitive advantage here, that the city should build on,” he adds.

Commenting on the startup scenario in NCR, Pari Natarajan, CEO of Zinnov says, “Delhi-NCR has the potential to lead innovation in many sectors across the Indian economy. Focus on ten sectors including consumer internet, consumer products, travel and hospitality, food and foodtech, next generation e-commerce, logistics, education and edutech; and mobility and EVs, can give the region an opportunity to become a start-up magnet for  businesses in these sectors, by developing market shaping policies and relevant programs for the sectors.”

Cities in the southern regions of the country are no more the mecca of start-ups. Recent statistics show Bangalore is no more in lead in churning out the mo st number of startups.

Moreover, Delhi-NCR leads with 10 unicorns whereas Bangalore has nine. The 10 unicorns are – Oyo Rooms, Paytm, Delhivery, Hike, Rivigo, Zomato, Policybazaar, Snapdeal, ReNew Power and Paytm Mall. As per the study, 70 per cent of Delhi-NCR unicorns are B2C companies.

The report also revealed that every year, at least one start-up from the area has entered the US$ 1 billion club since 2013.  These businesses form a healthy mix across sectors including fintech, foodtech, logistics, hospitality, e-commerce and energy.

The Delhi-NCR region constitutes over 50 per cent of cumulative valuation of Indian start-up ecosystem, wherein, the cumulative private market valuation of start-ups is currently worth US$ 50 billion. While, Bangalore’s overall worth stands at US$ 32-37 billion, followed by Mumbai which is approximately worth US$ 10-12 billion.

It’s also because, the three most valuable listed internet companies are based in Delhi-NCR. These are Infoedge, with a market capitalisation of US$ 3670 million; Make my Trip with US$ 2420 million; Just Dial US$ 640 million; and Indiamart US$ 490 million.

Niti Ayog’s CEO, Amitabh Kant, who released the report, says, “Vibrant hubs need to be set-up in Delhi, Gurugram and Noida, that can act as catalysts of change.” He also assured that the government will continue to support setting up of incubation centers in the region to help the start-up ecosystem.

“Except the US, no other country has more than five cities in the list, making India truly a broad-based start-up ecosystem,” he adds.

The reason Delhi-NCR enjoys this top status is because start-ups in Delhi-NCR leverage the city’s Capital status and garner holistic participation of all the stakeholders including government, VC, start-ups, institutions and market opportunities.

Dr. Rishi Bhatnagar, President, Aeris Communications, an IOT solutions provider, and Chairman of IET IOT panel, discusses the reasons why NCR is on top. He says, “The largest number of start-ups is attributed to Delhi NCR due to the availability of a number of state-of-the-art incubation centres, comprising 10 per cent of all such centres across India. Also, technology gave birth to the concept of ‘a liquid workforce’ and Delhi-NCR has become the most preferred region for coworking office spaces after Bengaluru, which generates more interest among young minds to set-up their workplaces here. Overall, start-ups ecosystem is on the path of making India its biggest hub, globally.”

India is home to 5000+ tech start-ups and has the third largest start-up ecosystem after US and UK.  The Finance Minister, in the recent budget, promoted establishing ‘Centre of Excellence’ in India across industries.

Talking to smefutures.com, Anandan says, “These findings are extraordinary, and the next step would be more crucial as we have to accelerate from where we are.”

With new business formations on a downward trend, the question that  arises is, if startups are on a saturation spree. On this Anandan says,  “Looking at the facts, though the absolute number of startups is on a decline, there is a catch that cannot be ignored and is not even mentioned in the report.” According to him, the past two years may have witnessed a slowdown in new startup formations,  however the quality of startups has dramatically improved.

“The quality has improved because of two reasons. Firstly, the founders are now more seasoned; they are better prepared and experienced. Secondly, the number of copycat businesses has gone down. The new entrepreneurs are quite selective about the concepts behind the startups they are bringing to the investors’ table,” he adds.

Though the region is full of opportunities, it faces its own setbacks, which  seek attention from government institutions to further scale things up.

Delhi-NCR needs access to funding across all stages. The base of active angel investors in Delhi-NCR should be increased. According to a NASSCOM study, the seed stage funding of Indian startups has declined from US$ 191 million in 2017 to US$ 151 million in 2018.

Also, there is an urgent need to increase affordable co-working spaces in Delhi-NCR. Start-ups shell out between Rs 9,500-13,500 per desk a month at co-working spaces, a huge cost for fledgling businesses.

The report recommended setting up of centers of excellence and spaces on the lines of T-Hub in Hyderabad, to help start-ups continue to innovate and grow their operations. Also, quality of accelerators and incubators, developing deeper pools of technical talent and developing sector-specific policies will help in further strengthening the region’s position as a start-up hub.

“The startup ecosystem is all about encouraging more and high-quality entrepreneurs, and Delhi NCR has done significantly well and needs to scale up. We have outlined several recommendations to build a more robust and lucrative start-up ecosystem in the report,”  Anandan claims.

The country is currently producing entrepreneurs with more exposure and experience. To capitalise on this potential, it is important that the right  measures including focusing on the ten sectors are taken, so that NCR can build true leadership, developing programs and policies in each of the sectors, strengthening core infrastructure and the talent pool. Lastly, to cash on the innovations and newer concepts of startups better, the region certainly needs more vibrant hubs. 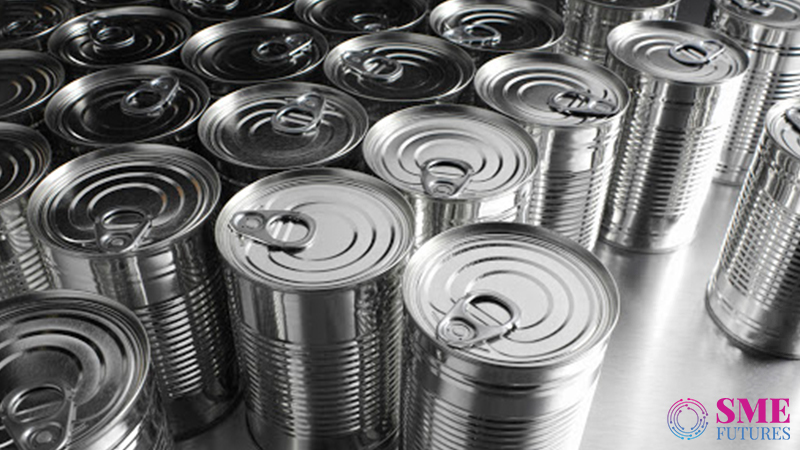 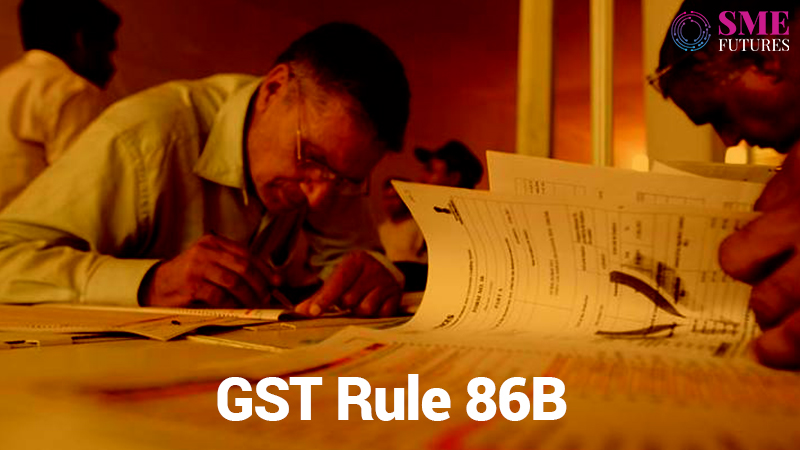 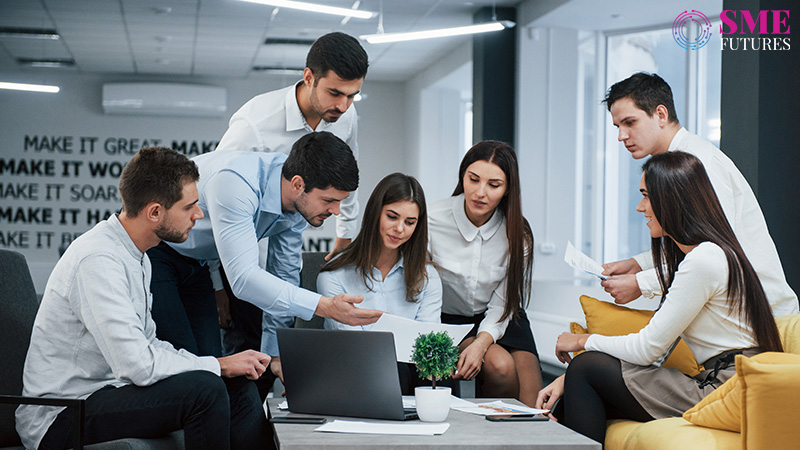 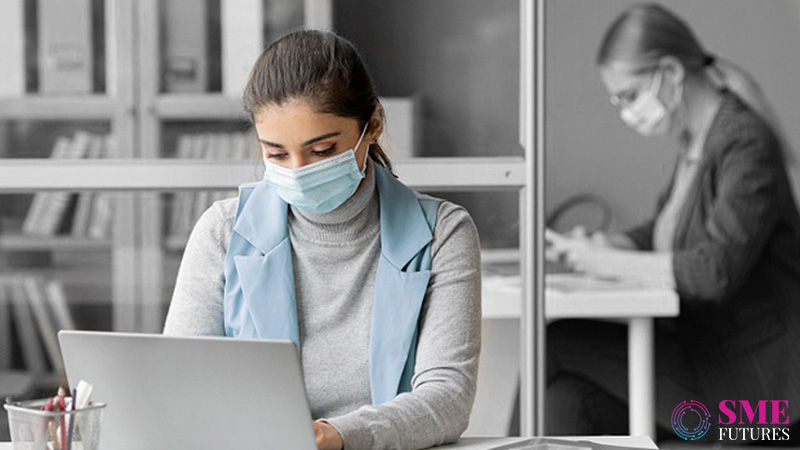 2021 top risks: impact of Covid-19 to bring unpredictability for businesses in India 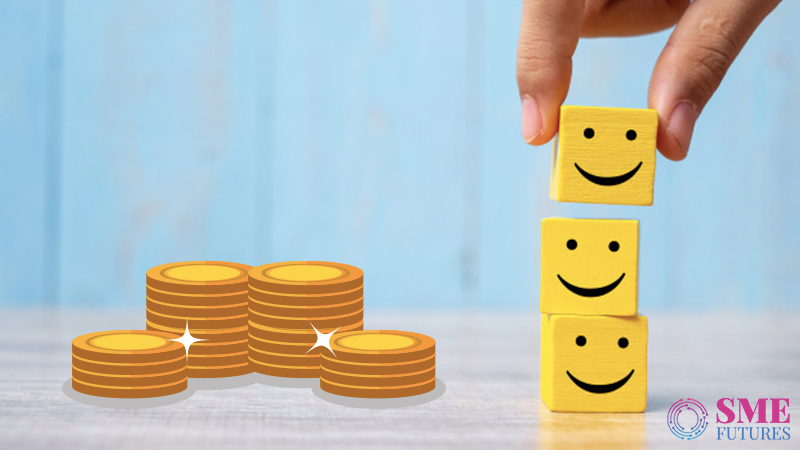 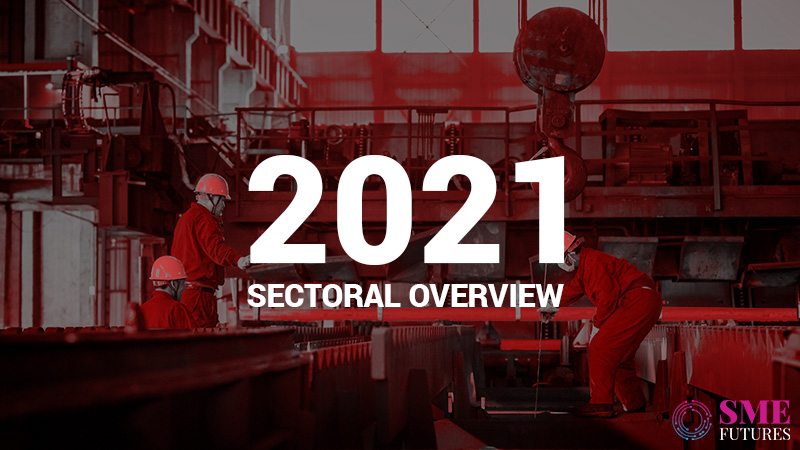 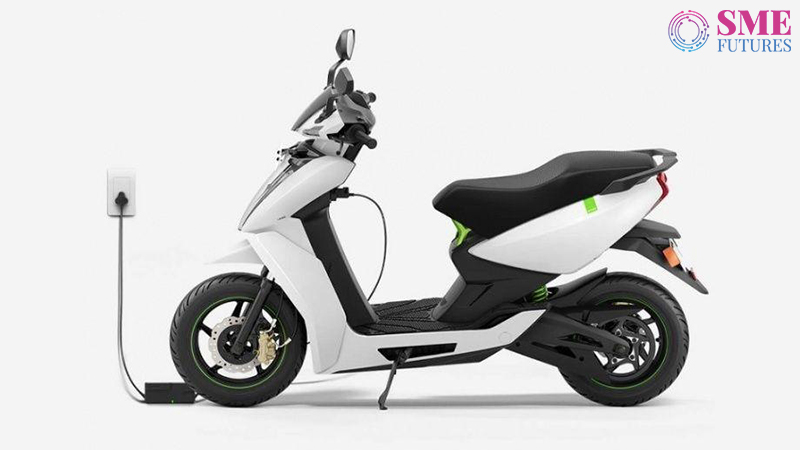 Expecting the unexpected: Resurgence of electric micro-mobility in India 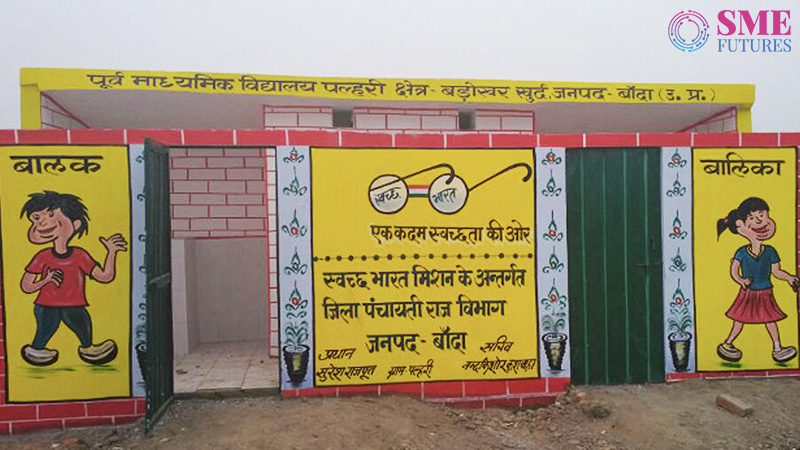 Sanitation for All – How India’s toilet revolution (Swachh Bharat Mission) making it happen? 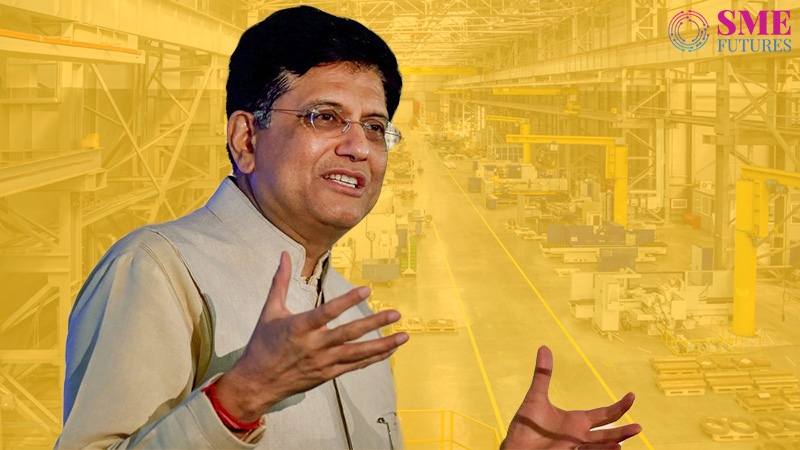 Piyush Goyal: quality & productivity most important legs on which the future of Indian industry will stand 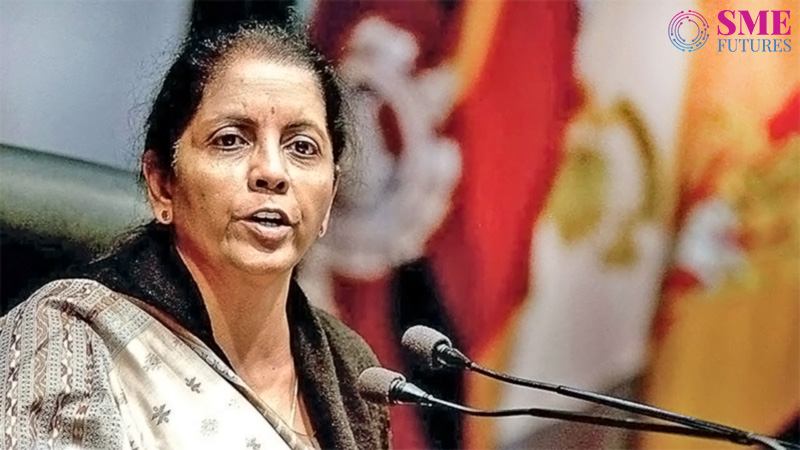 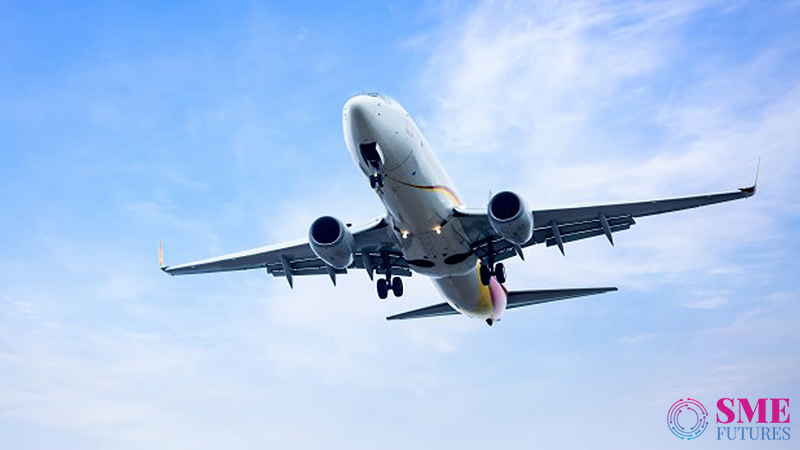 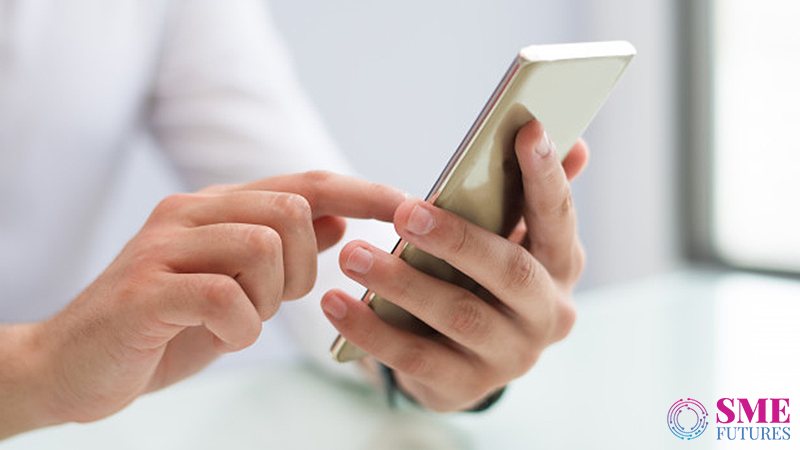 Banking without internet soon to become reality for Indian consumers