Drastically rising cases of breast cancer is indeed alarming in India. Women do not realise it till it reaches its later stages. Therefore, more than 50 per cent women patient suffer from stage 3 or 4 of this disease. This often results in mastectomy. But a social enterprise is giving a chance to cancer survivor to lead a confident life with its unique products. 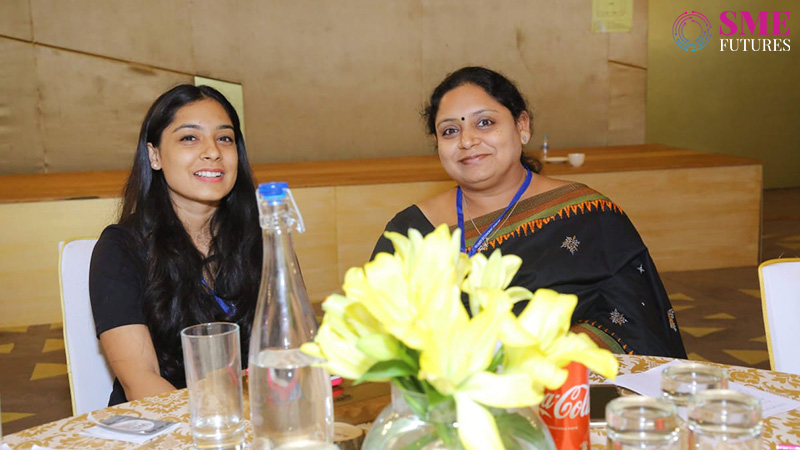 Maladies like breast and cervical cancer is still are a taboo in India. Women hesitate to talk about it and hence ignore its symptoms which later become fatal. Being the second most prominent cancer among Indian women, breast cancer accounts for 7 per cent of its global burden. It is also one-fifth of all kinds of cancers among women in India. Along with this, an Indian woman is diagnosed with breast cancer in every four minutes.

Furthermore, breast cancer accounts for 25 per cent to 32 per cent of all female cancers in cities like Mumbai, Delhi, Bengaluru, Bhopal, Kolkata, Chennai, and Ahmedabad. A 2018 report of Breast Cancer statistics recorded 1,62,468 new registered cases and 87,090 reported deaths. A report of Indian Council for Medical Research stated that this figure is likely rise to 17.3 lakhs in 2020.

Drastically rising cases is indeed alarming in India. Women do not realise it till it is too late. Hence, more than 50 per cent women patient suffer from stage 3 or 4 of the disease. This often results in mastectomy. In addition to this, life as a breast cancer survivor is not rosy at all in India due to unspoken social myths associated with it.

A survey conducted by hospital in Madurai revealed that many breast cancer patients faced neglect in society after they gone through mastectomy. On the other hand, due to non-affordability of silicone-based breast prosthesis women which have gone through the surgery are using harmful alternatives like stuffed toys, baby diapers, or even polythene bags which is a big blow to their dignity.

To address these challenges, Canfem is actively working on creating a safe space for breast cancer patients and survivors to come together as a community. She tells, “Through that, we hope to improve awareness about breast cancer among people and let the struggling patients know that they are not alone.”

Incepted in March 2019, her start-up Canfem has been providing better quality of life to breast cancer survivors. They manufacture and market unique and affordable product-service solutions. The company seeks to address the taboos and hassles associated with the disease through its products. These include external breast prosthesis and mastectomy brassier along with workshops for those in need of mental support.

She further elaborates, “I along with mother started interacting with cancer patients and doctors during the hospital visits in 2015 when his treatment started. We started getting acquainted with their problems in depth. That is when we started working towards the cause of addressing issues that breast cancer patients face. It was first through an NGO, Win Over Cancer, and now it is through Canfem.”

The mother-daughter duo worked with the NGO where they interacted with thousands of breast cancer patients, survivors, doctors and other stakeholders. This gave them a thorough market insight and understanding of the ecosystem. They also gained deep knowledge on needs of patients and thereby Kavita Gupta invented breast prosthesis.

Akriti claims, “Through the stint with Win Over Cancer (NGO), my mother understood the issues. It helped in developing consumer centric solutions as products and services.” Akriti got the inspiration to start Canfem, of what started as working for a social cause. But she admits that it was her mother’s conviction for breast cancer survivors which motivated her.

“As a 22-year-old, I bring various levels of energy to this venture. In addition, I have done in-depth research on problems faced by breast cancer survivors. This includes academic and otherwise surveys. Being passionate about the cause, I hope to strike a balance between sustenance and growth of enterprise along with maximising its impact,” professes Akriti.

An all women team that empowers women

Beside the daughter-mother duo, Canfem’s team comprises of people with passion and are dedicated for welfare for others. “We also have our in-house manufacturing and R&D team. We have designers from best design schools in India along with biotech experts. My mother herself heads the R&D department and provides them insights about the hassles of patients,” she adds.

Akriti then tells us that her company mostly hires women workers. It is one of their ways of empowering women. “Other prominent team members include Pooja heading the manufacturing team and Agrima Sharma who is designer. We also work with team from Enactus Delhi College of Arts and Commerce as our operations partner. These are forty student volunteers with 1:2 male-female ratio,” she informs.

Canfem is also providing rural people livelihood at its manufacturing facility in rural Haryana. They train and employ local underprivileged women to manufacture these products. Talking about empowering women, Akriti cites example of her head manufacturer Pooja. She was facing domestic abuse and was jobless when she came to them but Canfem employed her and helped her in many ways.

She narrates the case, “When we first met Pooja, she was an unemployed teenage mother and was facing domestic violence. Even after being employed at Canfem, her situation got worse. The Canfem team provided emotional, financial, and legal support while she took the stand in family court. With her steady income, she was able to support herself and her children independently.”

Today Pooja is not only a full-time Canfem employee but has grown to become an exemplary community leader. She identifies women in need from the community, trains them, and brings them on board with Canfem, Akriti tells us further.

They are made by a community of marginalised women from rural Haryana who are being paid fair wages. According to Akriti, her company through trainings, capability building, and secured employment help women financially and socially and provides them holistic empowerment. Their team and advisors help them legally in situations such as domestic violence. It also allows them to achieve digital and financial literacy and gives better education to their children.”

A range of life-changing products

Akriti’s products are not only changing lives of cancer survivors but are also impacting other people associated with it. These products enable breast cancer survivors to have a better physical and mental health by enhancing their body image, self-confidence, and esteem issues positively. In addition, such products allow women to get back into social spaces with dignity. Breast cancer survivors using Canfem products all over India have shown 93 per cent level of satisfaction, claims the company.

Canfem’s external breast prosthesis and mastectomy brassier are approved and highly recommended by leading oncologists in India. In the beginning, the company distributed these breast prostheses for free at local hospitals. Slowly and steadily company has gained consumers. The products and prosthesis are not only providing physical support but are also filling gaps in emotional and psychological support.

Akriti’s venture has been able to help over 3000+ patients and survivors with her products till now. Today company aims to develop products and services on the intersection of advocacy, healthcare, and gender sensitivity. These are also an equally vital for the mission to advocate awareness and self confidence among cancer survivors. 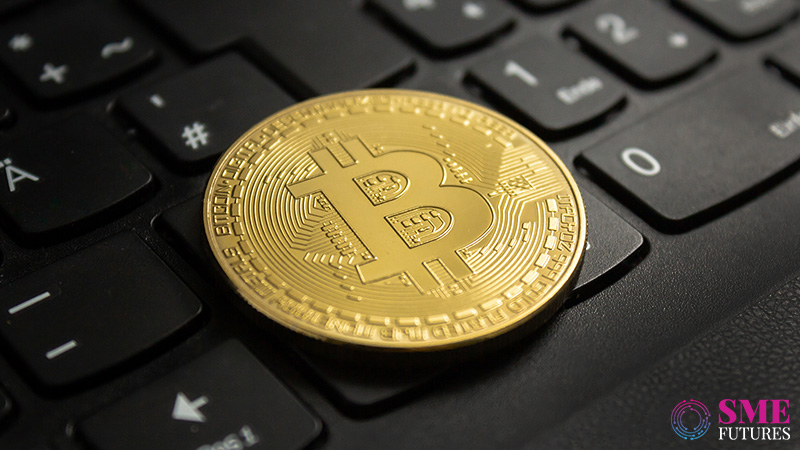 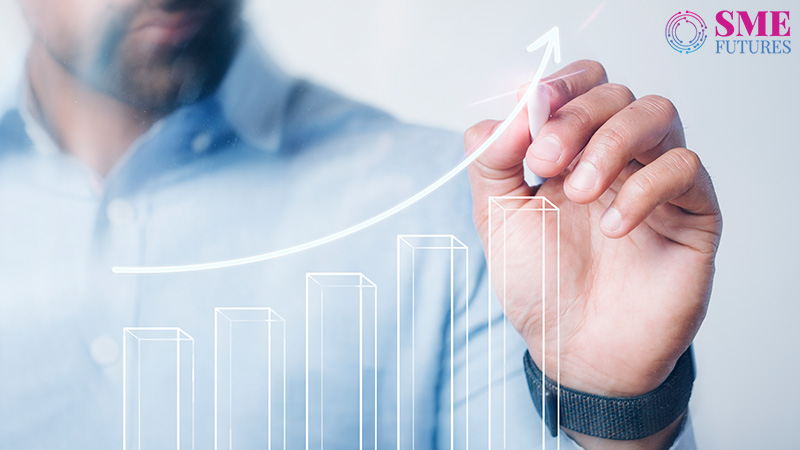 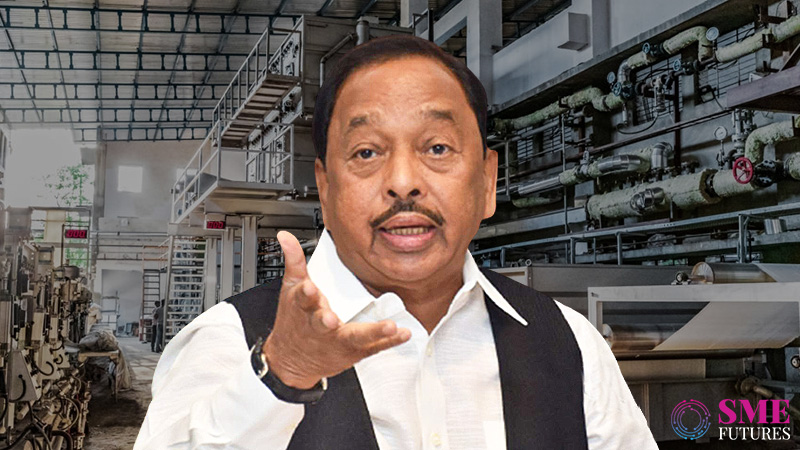 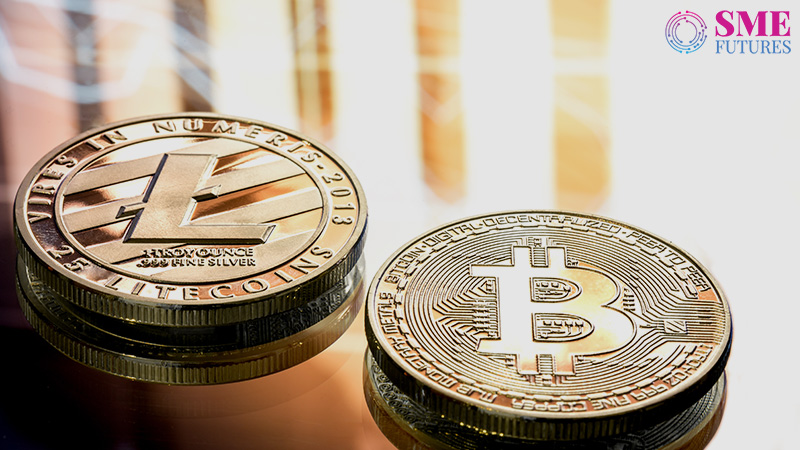 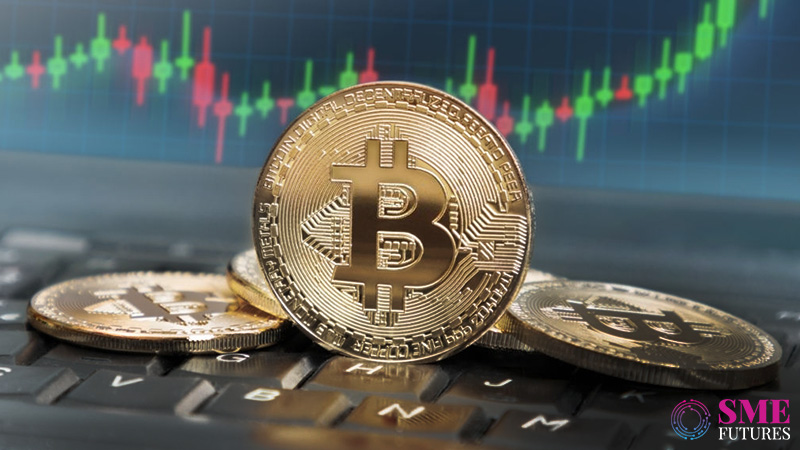 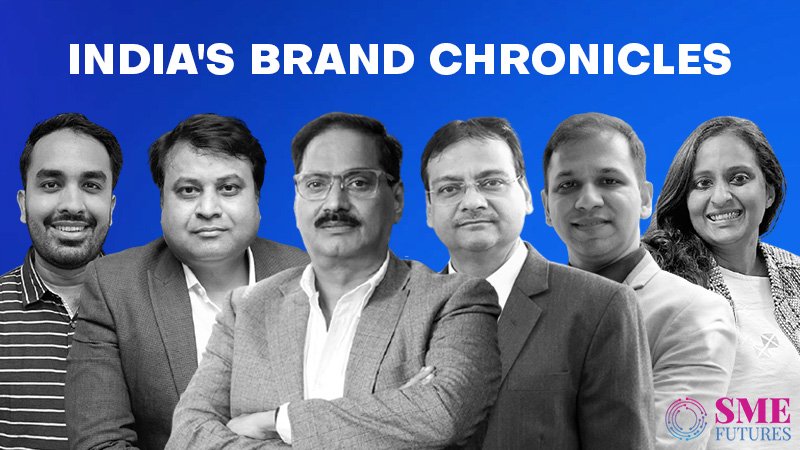 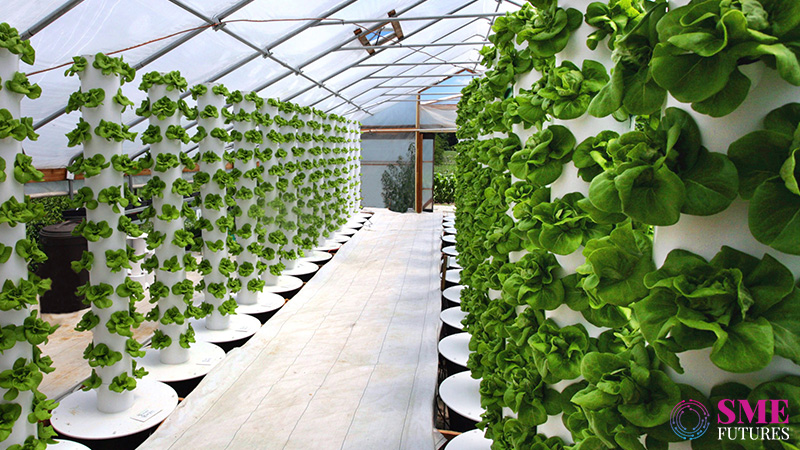 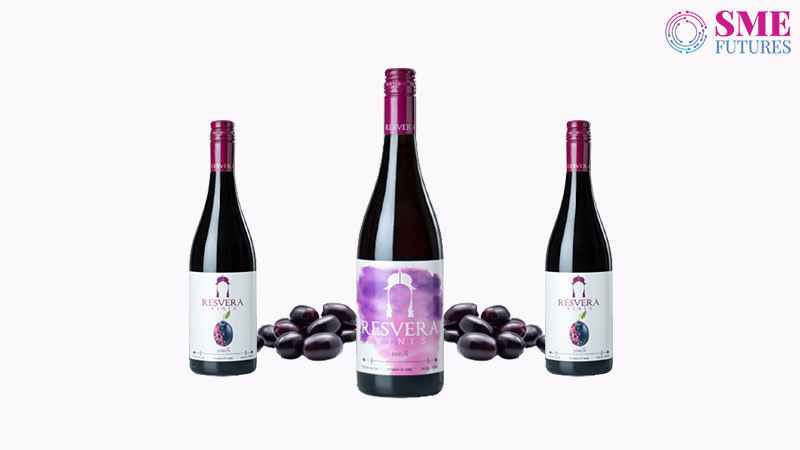 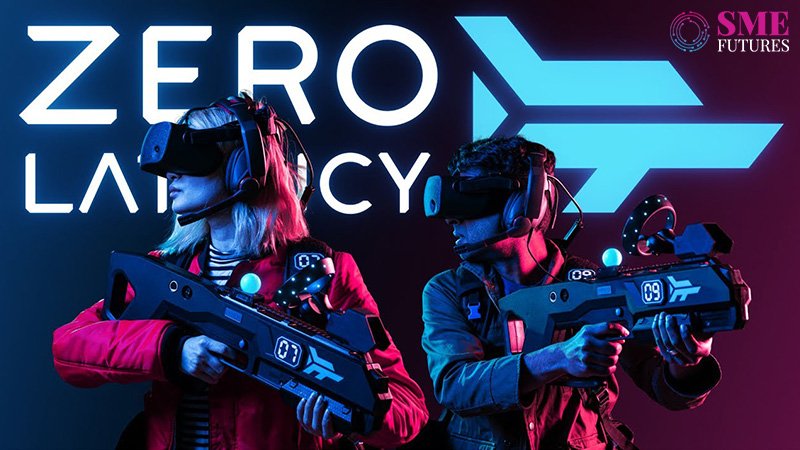 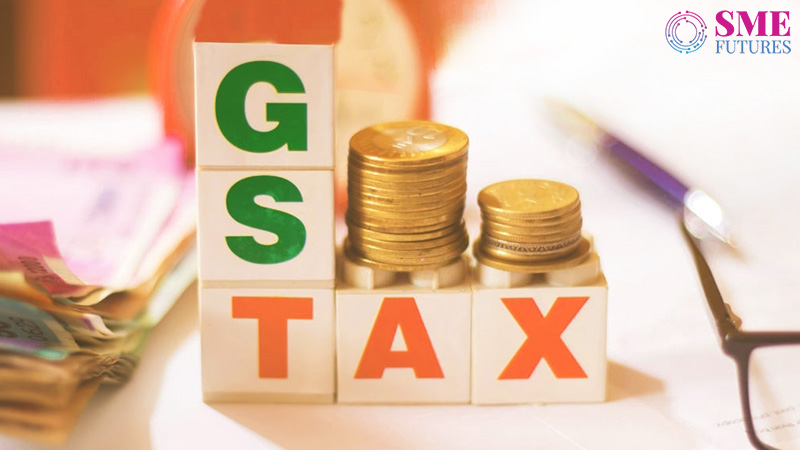 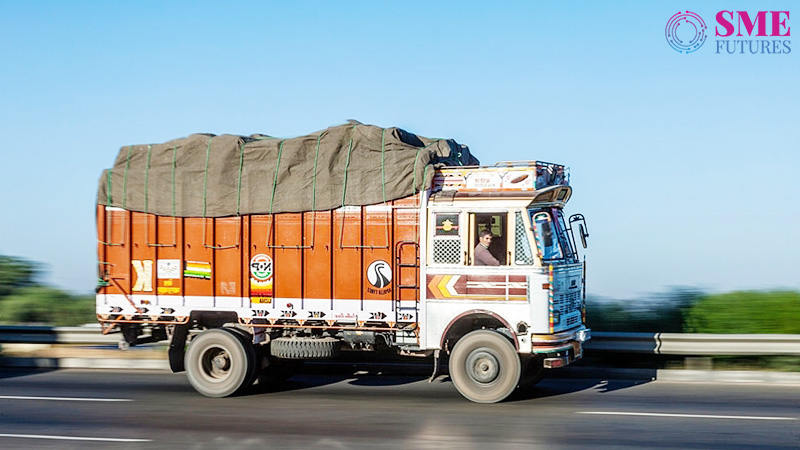 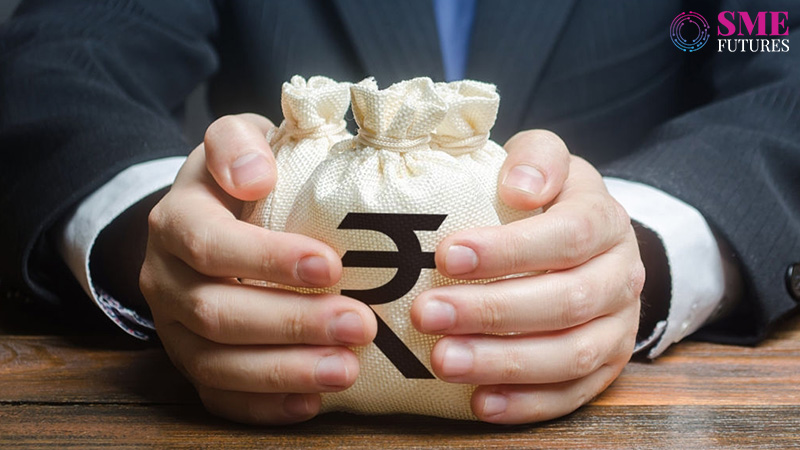