Can MSMEs help India achieve its ‘US$ 5-trillion economy’ goal?

As the government aims to increase MSME’s share of GDP to 50 per cent in next five years, there is still a lot of work that needs to be done to grow their competitiveness in international markets. 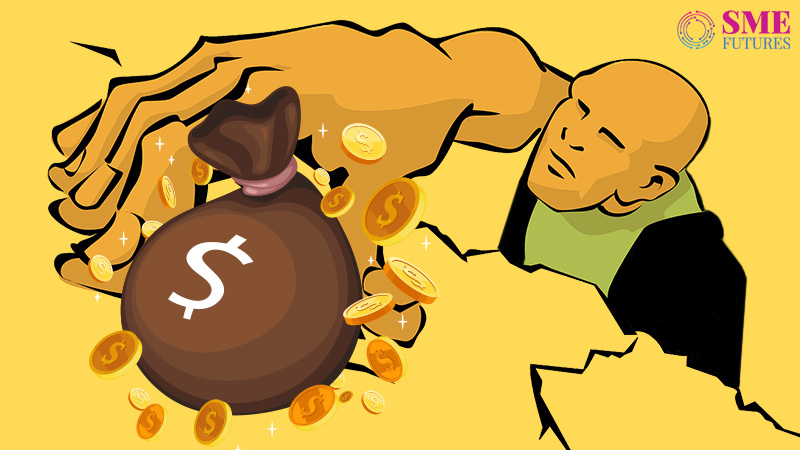 India’s unemployment rate has a three-year-high of 8.4 per cent in August 2019, according to a report release by Centre for Monitoring Indian Economy (CMIE). But, at the same time the Narendra Modi government is aiming at a USD5 trillion economy by 2024. Thus, it is coming up with numerous plans to boost the economy and create jobs in the country.

And, micro, small and medium enterprises (MSMEs) in India – one of the largest bases in the world, after China – is one of the major sectors to create jobs. Realizing the potential of this sector, the government has been looking at strengthening the MSME ecosystem.

With a sizeable network of 63.4 million units, MSME as a sector has become a key pillar of Indian economy. The sector generates employment for around 111 million people and manufactures more than 7500 products, with a share of around 49 per cent in the country’s total exports, according to the latest report released by Confederation of Indian Industry (CII) and KPMG. The sector – which contributes 29 per cent to the national Gross Domestic Product (GDP) – has the potential to create 10 million new jobs over the next four to five years and significantly add to the USD5 trillion economy in making, the report added.

As the government aims to increase MSME’s share of 29 per cent of GDP to 50 per cent in next five years and raise its export contribution from 49 per cent to 60 per cent, there is still a lot of work that needs to be done to enhance the productivity and competitiveness of MSMEs.

Apart from being instrumental in economic development and large-scale employment provider, the sector holds its strength for on-demand manufacturing service, responsiveness to innovations, quick adoptions to changes and well-established value-added supply chain.

Speaking at the 16th Global SME Business Summit 2019 in New Delhi, Union Minister for MSME and Road Transport & Highways, Nitin Gadkari said that reducing the cost of capital, logistics and power are crucial for making the Indian MSME sector globally competitive. He further added that the MSME sector in India has tremendous potential to push growth and generate employment.

Revival of cottage industries and incentivizing entrepreneurs at the rural and semi-urban areas would cater to the dual purpose of creating more employment opportunities and adding positive numbers to economic growth. “The government’s priority is for an integrated development of the rural and agro-based enterprises along with the urban-based enterprises.

To enhance the MSMEs, the need of the hour is more collaborative partnerships which can help achieve the target. Gadkari appealed to investors to come forward for investment and collaboration.

In the current trade paradigm, MSMEs’ performance in international markets has much scope for improvement. In most specialized sectors that call for technology-readiness and R&D intensity such as telecom, IT hardware, electronics, etc; India remains a net importer of goods. While in all other sectors, the relative competitiveness of MSME units in India in the global supply chain continues to remain in a nascent stage.

While MSMEs today have shown a remarkable resilience by virtue of adapting to the changing face of global economy and maintaining a stable growth rate, it has continued to suffer on the competitiveness index due to significant challenges– that needs to be addressed, the CII-KPMG report said

#Lack of access to credit: Adequate and timely financing is one of the main issues. MSMEs face high cost of credit and term loans, complex collaterals required by banks, cumbersome loan sanction procedures, and delay in disbursement of funds.

#Limited awareness: Lack of access to information about products and services in demand is another big challenge. MSMEs suffer due to inadequate access and marketing linkages, and lack of understanding of the foreign markets. They face difficulties in accessing export distribution channels, connecting with overseas customers, and have limited awareness on export promotion/assistance programmes offered by the government. Unfamiliarity with legal and regulatory frameworks of the exporting and importing countries, and lack of awareness on IPR issues and various international trade agreements (ITAs) are other areas where MSMEs feel themselves stuck.

#Lack of access to markets: Limited adoption of standards, logistics related issues, presence of trade and non-trade barriers, and lack of information on potential markets based on market intelligence limit the scope of MSMEs entering new markets.

#Limited access to appropriate technology: Due to lack of innovation, less value-addition, and low-level technology adoption (that leads to poor packaging), MSMEs find it difficult to meet importer’s quality standards and establishing suitable design and image for the export market.

#Lack of skilled human resources: There is a lack of skilled manpower for manufacturing, services, marketing, etc., the CII-KPMG report said. The sector suffers due to inability to afford quality managerial and entrepreneurial expertise; whereas lack of managerial competence, absence of proper training on resource planning and capital management are some other challenges.

#Poor procurement: Procurement for raw materials at a competitive cost is a challenge as these are carried out within local territory due to their financial constraints and procurements are much smaller in scale as compared to industry at large.

#Insufficient infrastructure: MSMEs, who are not part of any cluster, struggle even for basic infrastructure facilities such as power, water, roads, etc.

Though, the government data suggests fairly decent growth story for the MSME sector, these are certain challenges that repeatedly impede their access into global markets

Here’s what could shape up the MSME ecosystem: –

#New partnerships and collaboration: Indian MSMEs should be open to forging joint ventures with foreign players, which will not only allow them to tap technologies but also create more quality jobs in India. Collaboration with foreign firms is one of the best ways for Indian MSME to expand their footprints in foreign lands.

#Investment facilitation: There is a need for an agency that could play the role of matching/directing investors to MSMEs. Efforts should be made on improving the investor perception – that otherwise proves to be a bottleneck for investments in the MSME space.

As part of the government’s efforts to boost the MSME sector, several initiatives are being taken. Announcing the roadmap for the industry, Gadkari said his ministry is in talks with Asian Development Bank (ADB), KfW (German state-owned development bank) and World Bank for credit line. Additionally, the minister said around 200 SMEs are registered on the stock exchange, and he urged more companies to register.

“The problem of delayed payments to MSMEs is also being investigated and the UK Sinha Committee Report will soon be implemented,”

At the same time, the government is considering contributing 10 per cent of funds to small companies looking to raise equity capital through capital markets. It is also working towards lowering the cost of power and logistics. Gadkari said, “Rooftop solar plants will be provided to MSMEs with the support of KfW Bank.” In another initiative, a new e-commerce website, Bharat Mart– to be launched soon – will enable MSMEs to sell their products in local as well as international markets.

The ministry is also in the process of developing a digital MSME portal, which will work as a virtual meeting place for all stakeholders of the sector.

“For the over 75 lakh MSMEs currently registered with the Ministry, this will provide a platform where MSMEs can interact globally to fulfill their requirements for funding, knowledge, technology, skilling and marketing- making them more competitive and integrated with the global value chain,”

He also emphasized on the need to enhance manufacturing competitiveness of entrepreneurs and said that the ministry is in the process of opening 135 new tool rooms and technology centres to develop the skill of the entrepreneurs.