Can Atmanirbhar India Inc ward off dependencies on China?

The Confederation of All India Traders (CAIT) comprising of 60 million merchants across the country has launched a new campaign, Indian Goods-Our Pride. The idea behind this is to fuel the boycott of Chinese products. While imports can be decreased due to immense patriotic responses, manufacturing will still be reluctant for any kind of change because of business constraints. 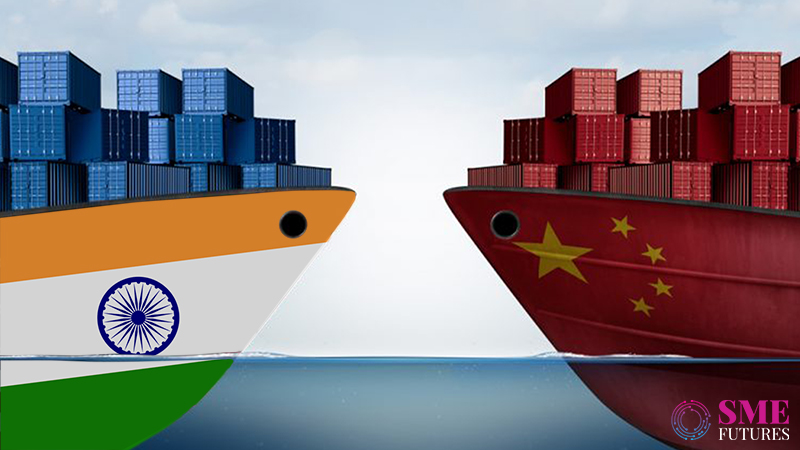 As tensions escalated across the Line of Actual Control (LAC),  manufacturing sector of India experienced a worse hit as a result of economic fallout between two countries. This is because economic interdependence between the two neighbors is too intricately interwoven to ignore.

During the past two months, the bilateral trade has reduced drastically due to increased military tensions. Earlier, the Confederation of All India Traders (CAIT) in June announced to substitute a list of products from 500 categories which are imported from China with locally made goods from India.

CAIT aims to decrease imports from China to $13 billion by December 2021 from a mammoth $70 billion registered in 2018-19. A major chunk of imports worth $12 billion comes from the import of nuclear reactors, manufacturing machinery, and their parts. The government now plans to indigenize it with local goods.

The history of bilateral trade between the two Asian giants dates back to mid 1980s. India entered into a Trade Agreement with China in 1984, which provided them the status of Most Favoured Nation (MFN).

In 1992, India and China got involved in a full-fledged bilateral trade relation. Later, both the countries signed a double Taxation Agreement in 1994. Further, India already has a Free Trade Agreement with ASEAN and its utilisation ratio is just 6 percent as compared to other ASEAN countries.

Both countries signed Bangkok Agreement in 2003 under which China offered preferences on tariff for 217 products for export from India. These products included chemicals, drugs, textile, machinery, and food products . In the similar year, India-China entered into an agreement to initiate open border trade through the Silk Route.

The two countries have indulged in multilateral trade system according to the terms of WTO since then. Today China is India’s second biggest trading partner, accounting for US$ 87.1 billion in annual bilateral trade. This means that China represents 10.3 per cent share in India’s total trade.

Nearly 50 per cent of mobile handset share in market is occupied by three prominent Chinese firms namely Xiaomi, Oppo, and Vivo. Along with this, Indian pharmaceutical industry sources almost 70 per cent of APIs (Active Pharmaceutical Ingredient) from China. This dependence increases to 100 per cent in case of ibuprofen and paracetamol.

Besides automotive industries and pharmaceuticals, solar companies may also not survive without the aid of Chinese markets. Indian solar companies are extremely dependent on China in terms of importing components. Almost 80 per cent of modules and solar cells are imported from the country due to less competitive pricing when compared to domestic manufactures.

Similarly, chemical, garment, and footwear industry is heavily dependent on Chinese markets for raw material. Pooja Thakur, Founder and CEO of Praefinio Footwears that makes shoes for kids from 5 to 12 years of age tells, “The raw material for our non-leather operations comes usually  from local markets that are heavily dependent on China. Even the machines that they we use are made in China.”

In past few years, Indian manufacturers opted for substitutions in  import  but the outcome was not satisfactory. This was due to the fact  that Indian vendors were not able to provide desired quality with cheaper rates.

With the inception of LPG reforms (Liberalisation, Privatisation and Globalisation) in 1991, foreign direct investments started flowing in. This resulted in availability of wide range of products at competitive prices.  However, Indian firms were not able to keep pace with foreign firms because of snail-paced production ratio of our industries.

Dr. D K Aggarwal, President, PHDCCI also declares this as one of the reasons for popularisation of Chinese products.  He professes, “Indian  labour workforce is cheaper than Chinese. Despite that, we lag behind  because our productivity is low. Also, per unit cost of production is higher  in India than them.”

Furthermore, the regulatory mechanism of industries, limited production capacity, and competition from countries like Vietnam and Cambodia are major constraints for India in becoming China’s replacement as a manufacturing hub.

How much dependent we are?

According to the government data, the bilateral trade between India and China was worth $88 billion in the fiscal year ending in March 2019. The registered trade deficit of $53.5 billion was adjudged by experts to be in China’s favour.

This implies that China is India’s largest import partner as it has  accounted for 14 per cent of total imports for the period from April 2019  to February 2020. The figure was 13.7 per cent for FY19. India’s export to the country was merely 5.5 per cent in April to December FY20. Trade ties with China have deepened ever since India opened its economy in the 1990s.

The trade deficit with China has grown 50 times since times of Atal Bihari  Vajpayee, comments Dr. DK Aggarwal. He adds, “With these 2019-20 figures, it is clearly understandable that India is over dependent on China for  pharmaceuticals, electronics, consumer durables, automotive, power and many more industries. We buy more from China than we sell.”

According to Aggarwal, COVID-19 situation has exposed the dependency and vulnerability of Indian industries that can collapse without raw materials and imports from other nations. A research report by HDFC Bank reveals names of various sectors where India is over dependent for raw material from China.

68 per cent of active pharmaceutical ingredients (API) imported by Indian companies were from China in FY2019. The import of pharmaceutical  products from China was worth $166.2 million in FY20 with growth of 12 per cent.

India is also dependent on China for consumer durables as around 45 per cent of it is imported from China. Chinese firms also supply around 10 to 30 per cent of automotive components to Indian automobile companies. It is also interesting to note that China accounted for 3 per cent of total foreign tourist arrivals in 2019.

Therefore, travel curbs on Chinese national can make a considerable impact on tourism industry. It has been increasing at an annual rate of around 11 per cent since 2011. Adding to it, $13.32 billion worth of nuclear reactors, boilers, machinery and mechanical parts were imported from China. On the other hand, purchase of organic chemicals stood at $7.9 billion, plastic goods at $2.7 billion, and fertilisers at $1.8 billion.

Most of the Chinese foreign direct investments come for metallurgical industries, electrical equipments, automotive, solar panel and chemicals. It is estimated that there are roughly 800 Chinese firms in the Indian market.

According to Brookings India report, the total amount of current and planned Chinese investments in India has crossed $26 billion (around Rs 1,98,000 crore). It means China’s investments exceeds officially by at least 25 per cent.

China is also proactively investing in the Indian startups. The recent Gateway House report suggests that nearly two dozen Chinese tech firms and funds, led by Alibaba, Tencent and ByteDance have funded 92 startups in India. This includes unicorns such as Paytm, Byju’s, Oyo and Ola. This infers that almost 18 of the 30 unicorns have Chinese funding.

The participation of Chinese operations is long argued not just in India but in other countries also. China has been allegedly involved in technology spying or proliferation of goods since many years. The lack of intellectual property laws and other policies made it difficult to prove it.  However, recent prosecution of Huawei in the US has alerted many nations.

Talking about the immediate impact, Roma Priya, Founder of Burgeon Law asserts, “The spontaneous impact will be observed in business relations. Contract cancellations, trade deficit and fundings are being put on hold. To decrease this direct impact on the startup ecosystem, startups will have to seek other avenues for big-ticket investments.”

The Confederation of All India Traders (CAIT) comprising of 60 million merchants across the country has launched a new campaign, Indian Goods-Our Pride. The idea behind this is to fuel the boycott of Chinese products and find manufactured in India substitutions of these.

While imports can be decreased owing to immense patriotic responses, manufacturing will still be reluctant for any kind of change. Domestic manufacturing and exports are heavily dependent on machinery that China sells. These can be only replaced in next five to 10 years.

Commenting on the predicament of finding substitutions in manufacturing,  Achin Gupta, Founder of Zoook says, “We would love to produce 100 per cent goods in India, but it is only possible when we get the required  technology infrastructure here.” He adds that Indian manufacturers are not able to take advantage of Make in India initiative since its inception because of business constraints.

In the similar context, footwear maker Pooja Thakur tells, “Non-leather footwear industry is heavily dependent on Chinese raw material. It includes canvas cloth, rexine, rubber insole and sheets, insole calendar cloth, laces and buttons etc. Make in India movement is definitely a welcome step for shoe manufacturing but 100 per cent indigenous manufacturing is only possible if we become self-reliant in producing all kinds of raw material.”

She further feels that our country has all the attributes to become self-reliant but stringent industry laws require a major overhaul.  She suggests, “Immediate amendments are required in labour laws to boost confidence of investors in entrepreneurs. India both has capability and resources to become self-reliant. Therefore, we can opt for technologies if the non-leather footwear section gets undivided focus from government.”

On the other hand, the latest government data infers that the trade deficit of India has decreased with China. It stood at $46.8 billion between April 2019 and February 2020. On this, Dr Aggarwal from PHDCCI adds that India’s focus has been to bring down the trade deficit with China from past couple of years.

He states, “The trade deficit in 2018-19 was around $53 billion and it was $63 billion in 2017-18. Hence, India has been making attempt to bring down the deficit. The increasing deficit is a cause of worry for India  especially when PM Modi has called for Self-reliant India  considering the over dependence of Indian manufacturing on China.”

Experts so far believe that COVID-19 has given India a best chance to become a manufacturing hub. The Facebook-Jio deal is the best example  of India’s economic potential. Commenting on this,  Mukesh Aghi, President, US India Strategic and Partnership Forum (USISPF) told that the COVID-19 crisis has offered India the best opportunity to attract foreign investment.

Aghi adds, “I strongly feel that once the COVID-19 crisis ends, India will have the best opportunity to attract hundreds of these (foreign) companies into its markets.” It is important for now that India builds confidence among foreign investors by assuring them of transparent policies and convenience in doing business.

According to Aghi, India must actively implement labour and land laws  reforms along with reforms in corporate tax structure. By taking these steps, India can become factory of the world by replacing China which is currently an undisputed leader of manufacturing across the globe 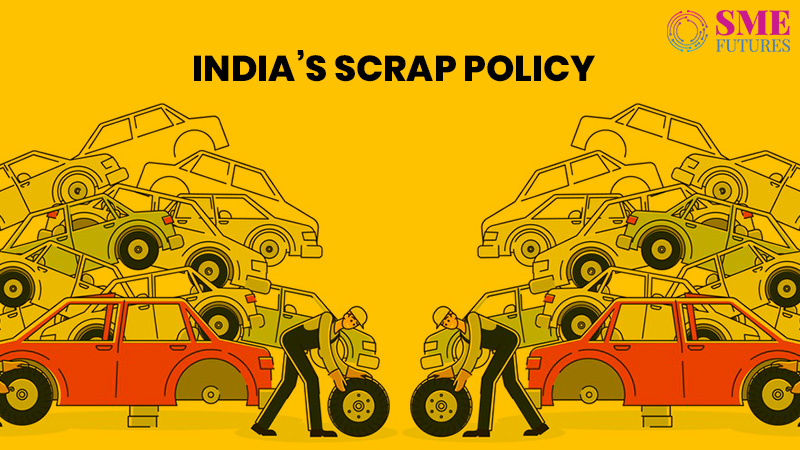 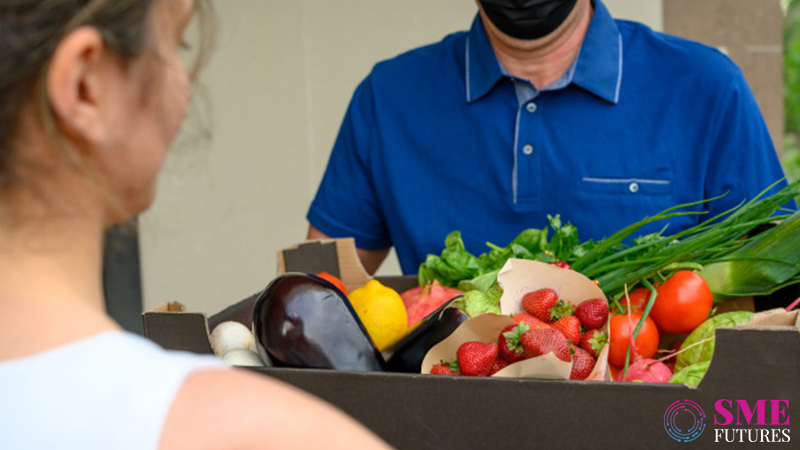 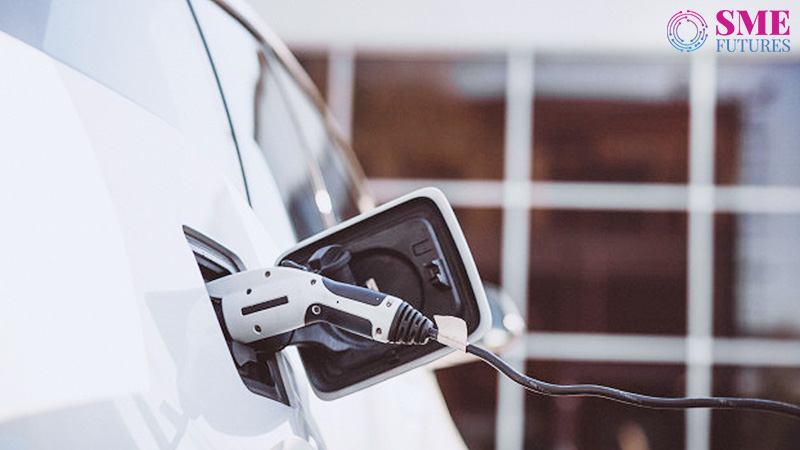 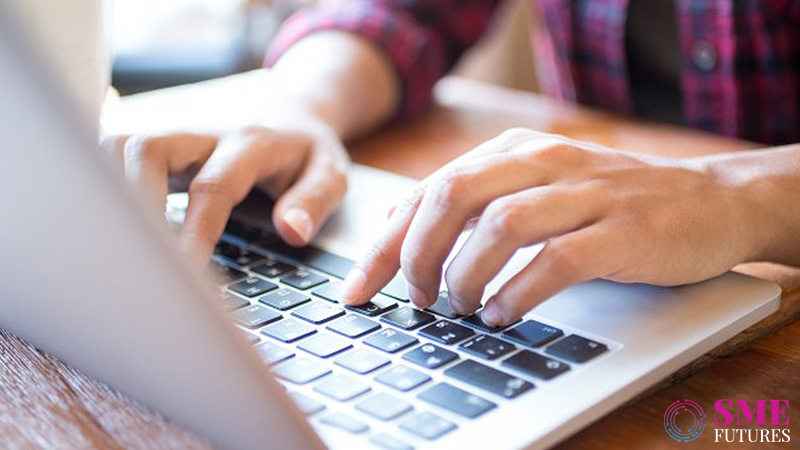 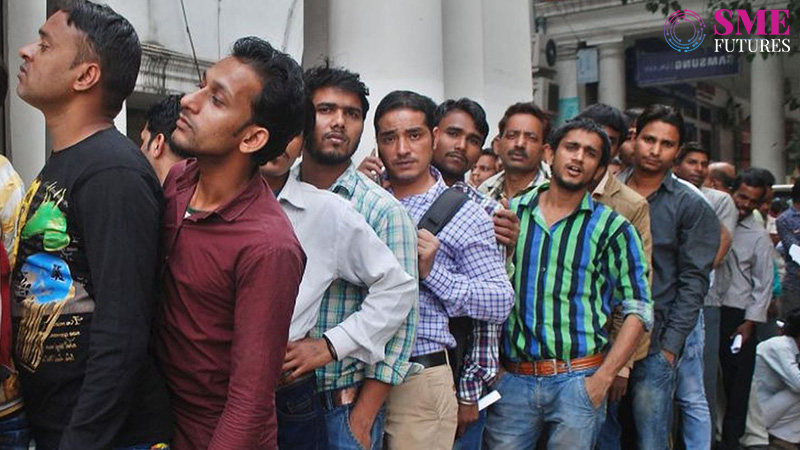 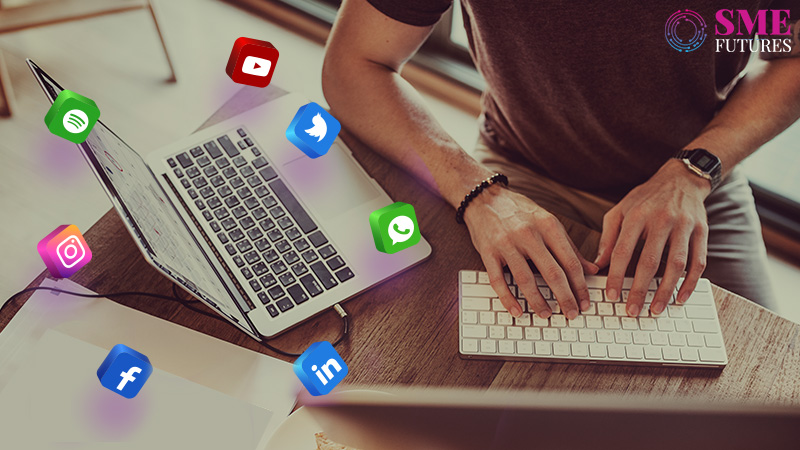 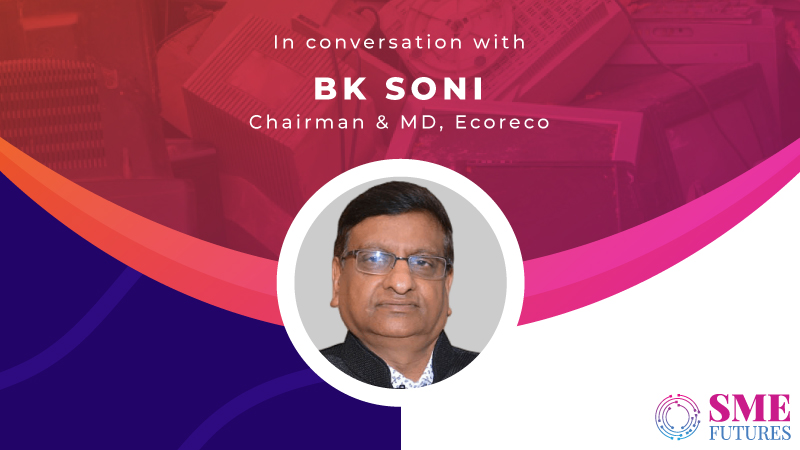 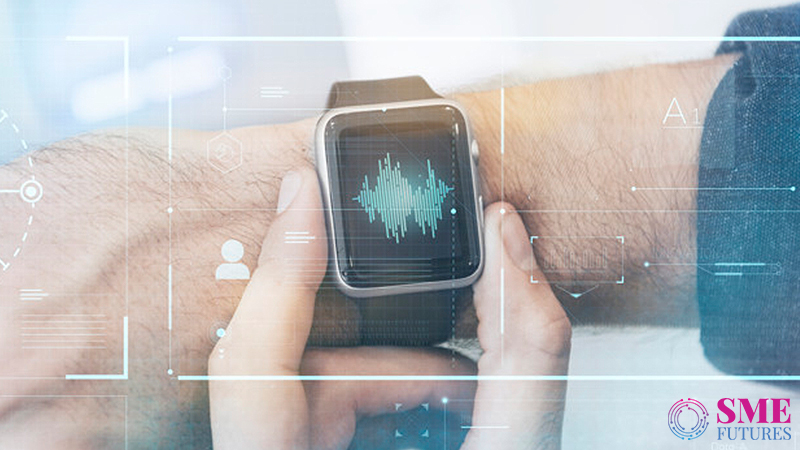 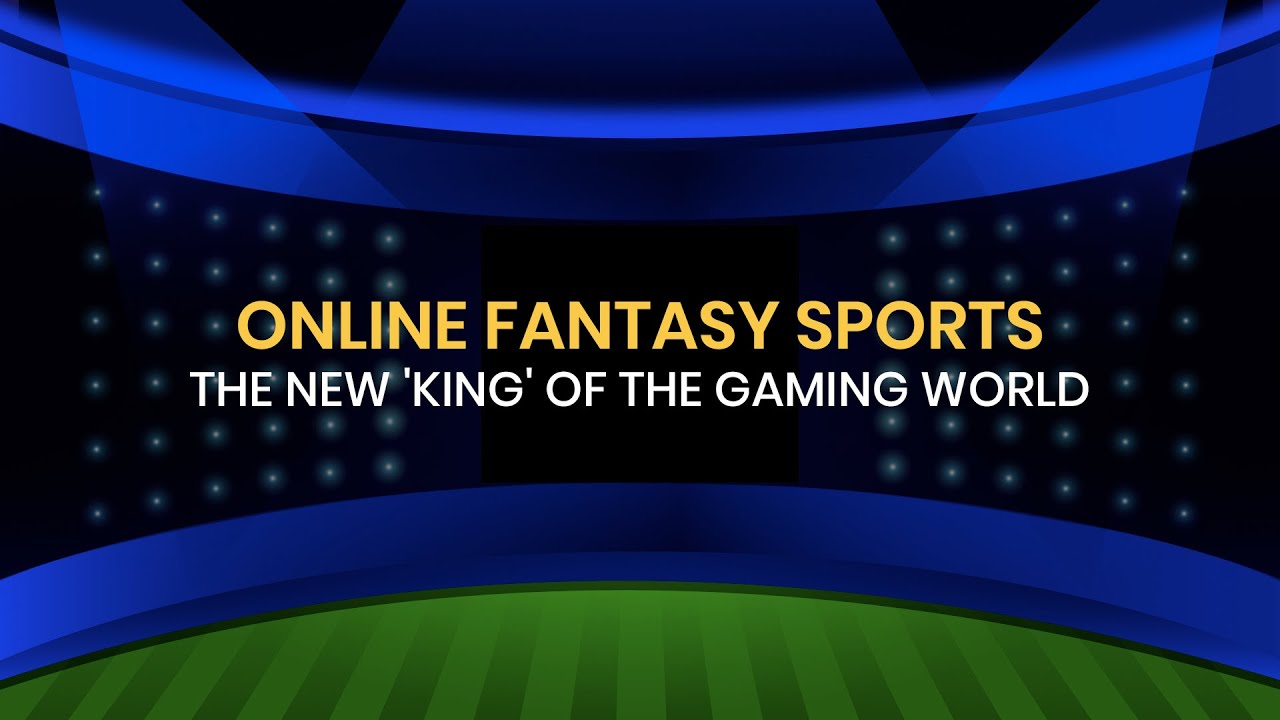 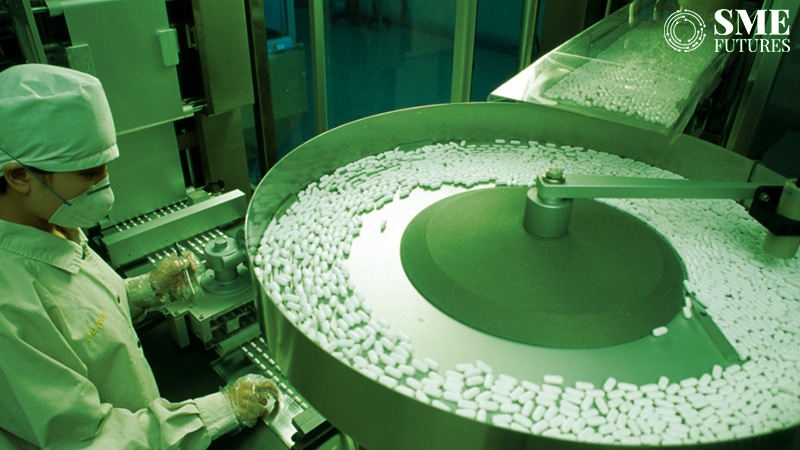