Home/ Startup/ BizzO: A Covid born start-up that aims to give the power back to the small service providers

Mumbai based company BizzO targets hospitality and travel service providers with the singular aim to circumvent the growing monopoly of the aggregators. 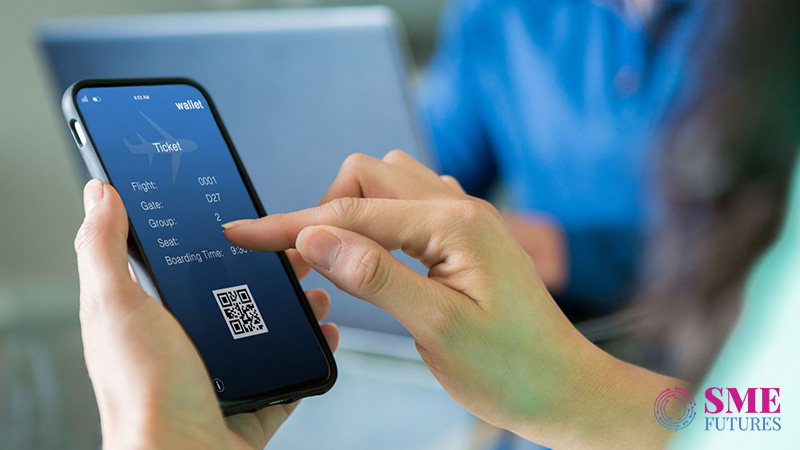 Every business understands that going online is the best way to survive. This feeling has grown much stronger over the last two years. However, the digital journey is not without its challenges. An organisation requires the right partner to understand the entire digital landscape, in terms of the right ways of investment, the right resources and the right solutions. In most cases these partners are the aggregators. Where a small business can go, register and get online.

That’s fine…! but the biggest impediment to this relationship is that the company or business still does not have its own online identity.

This is where start-ups such as BizzO come into the picture, who aim to empower these businesses with their own digital identity. “BizzO is a Covid born start-up,” says Vineet Toshniwal, its CEO and founder.

The company was established amidst the pandemic in 2021 in Mumbai, when it became imperative for every business to foray into the digital world.

“During the pandemic, people’s livelihoods got disrupted, especially the SMBs. The big companies quickly adapted to the scenario as they had access to the right technologies to keep their businesses running. The SMBs were the worst affected. This made me resolve to come up with a solution that would help in the democratisation of technology in India,”

According to him, because of start-ups like BizzO, the digital highway is now available in India with the most affordable data packs, ubiquitous smartphones, and one of the lowest priced payment systems in the world, where even the smallest of businesses have access to a sophisticated technology stack which was only available to the larger companies earlier.

However, Toshniwal’s start-up is more than just another solution provider.

Entrepreneurship with a purpose

There’s always a special kind of drive and motivation behind becoming one’s own boss. For Toshniwal, entrepreneurship is all about pursuing one’s own dreams and thinking out of the box. “It is about knowing the fact that success and failure will be attributed to the same person. As a thinker, my inclination is towards solving the skill problems of the masses which can only be achieved if you are an entrepreneur and are able to communicate your vision to the larger set of the investor community,” he says while describing the reasons behind his resolve to become an entrepreneur.

The problem that he wanted to solve was to give a digital identity to the businesses who were just embarking on their digital journeys without any intervention from the aggregators. “The whole point of establishing BizzO was a singular purpose—to help the small and medium service providers to circumvent the growing monopoly of the aggregators. BizzO aims to put the power back into their hands so that they can connect with their customers directly,” he further adds.

Usually, the small and independent businesses have limited know how about how to invest in technology and build a digital distribution system for themselves. So, over the last decade, the aggregators have taken over and helped such businesses to do just that. However, Toshniwal feels that there are several hardcore issues with the aggregator model.

“The advent of the aggregator community has gradually led to the loss of the brand identity and the pricing powers of the small and medium businesses. The margins of the businesses started eroding significantly as the aggregators kept increasing their commission rates. There was also a constant dispute over the ownership of the customer,” he tells us.

All these reasons made Toshniwal realise that the small and independent businesses needed to stand on their own feet. “And for that, they will require technology at an affordable price and in the form of an easier to operate do-it-yourself app,” he says.

This is not the first stint of Toshniwal as an entrepreneur. His previous company CityCash had to go through a lot of uncertainties during the recurring waves of the pandemic. Which paved the way for his present venture BizzO.

“My late father was one of my biggest supporters while I was putting down this idea during the pandemic,” says Toshniwal as he tells SME Futures that his father was his biggest motivator and supporter throughout his life. And to pay tribute to him, he has especially anointed his father as the Chief Inspiration Officer of his start-up.

“That position was put up for my father because he was the one who had inspired me for the last 12 months to find a solution for the small and independent businesses. It was mentioned as a tribute to him as he recently passed away,” he says.

Talking about the challenges, Toshniwal feels that the biggest challenge for any entrepreneur is to communicate his or her grand vision to different sets of people, viz. the investors or the consumers in a simpler manner.

“I will tell you why communication is important. First, it’s a challenge to convey your vision to others. The other challenge is conveying the same vision to your team and making them aware that they are working towards a bigger cause. One has to be nimble enough to respond to the market challenges knowing that time is constantly working against us, requiring one to produce fast results,” he avers.

And for the small business owners, communication is the first basic step towards starting their digital journeys.

Targeting the travel and hospitality biz

Working with a team of 50 people, BizzO’s major focus is on the travel and hospitality service segment. They are in this segment because of a few factors—one of them being the large number of service providers which are still unorganised.

According to some market estimates, the travel segment is a $100 billion market in India with a very high growth rate of almost 15 per cent. It’s expected to double in the next 5 years. This segment is the 2nd largest job generator in India, employing almost 8 per cent of the workforce of the country.

“This sector is also the focus centre of the government as it earns huge foreign exchange whilst generating dignified jobs all around the year. So, this presents immense opportunities for the digitalised businesses,” Toshniwal tells us.

The other reason is the impact of the pandemic on the business world.

The travel, tourism, hospitality and mobility sectors were among the worst-hit sectors during the pandemic, bringing their businesses almost to zero. “Now, since the pandemic is over, all these sectors are rebounding for good. They have realised that a business needs to have a variable cost structure by leveraging technology to the maximum, thereby increasing productivity and building a direct digital connection with their customers. And we are assisting them to accomplish just that,” he adds.

With the help of their simple software mechanism, a small business as small as a ticket booking guy can get their website or business app instantly, start receiving payments and avoid paying the aggregator’s commission by selling directly to their customers. So far, the company has onboarded 20,000 merchants from all over India. Most of them are first time technology users.

“We’ve received a lot of interest from the hospitality sector from Varanasi, Jaipur, Uttarakhand, Rishikesh, Haridwar, Udaipur, Mumbai, Pune, Mahabaleshwar, Bangalore, and Mysore as this sector has been paying heavy commissions to the aggregators,” Toshniwal further adds.

One city one QR code

Recently to target more such small service providers, the start-up has planned an initiative to bring a number of Indian cities under one QR code. With regard to this, they have already unveiled their very first microsite –GoMahabaleshwar.

“We’ve digitised every possible service business in Mahabaleshwar-Panchgani, which is one of the biggest tourism hubs in Maharashtra. Anything related to hospitality, from hotels and villas to taxi’s, to go-karting, adventure and theme parks that did not have a digital presence earlier have been digitised by BizzO,” says Toshniwal.

Explaining the concept, Toshniwal says that it is a one-of-its-kind initiative that will bring together all kinds of local service providers and businesses on one single site. “This will in turn lead to the ease of consumption of services for the consumers which will lead to increased business and visibility for every businessman in the city as the whole city thrives on tourism,” he adds.

One notable thing is that this microsite is collectively owned and operated by the community. In essence, it will enable the entire town’s travel and tourism ecosystem to be on one single QR code. Going forward the company is planning to launch more such microsites such as Go Varanasi, Go Mysore, Go Pune etc.

In addition, the company’s long-time roadmap is to scale up their operations and increase their footprint.

“We are looking to scale up in a big way and aim to acquire 2 million merchants in the next year from across the country. We will also be launching hundreds of micro websites based on our one city one QR code initiative. Besides that, we are looking at powering up the local economy through our hyper-local strategy by bringing the entire travel, tourism and hospitality sector under a single QR code, thereby digitising the entire sector of the travel and tourism industry,” Toshniwal enthuses.

For now, BizzO has gained substantial traction in one year, and due to this it’s also attracting a lot of investment. “The first round was an angel investment of Rs 3 crores. Overall, we have raised Rs 30 crores to date,” he tells us.

So far, the company is growing at a fast rate with a network of 20,000 small and independent businesses across India and is clocking in almost 1 lakh rupees per day GMV.