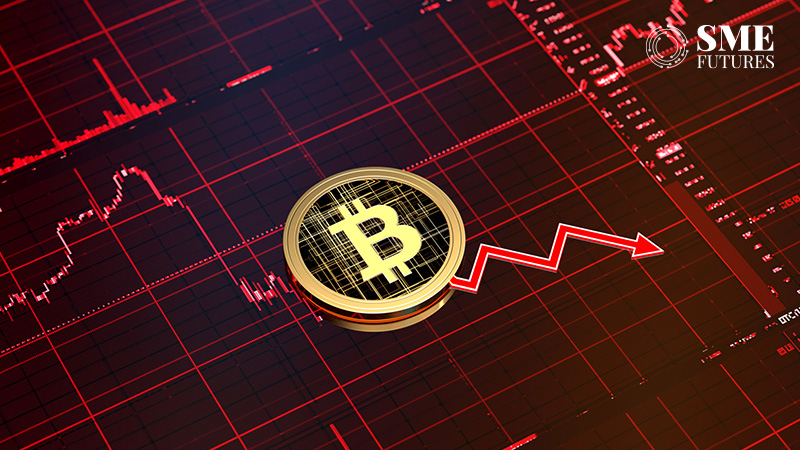 On Monday, both the international and domestic stock markets crashed. With this, the S&P 500 index in the United States fell to its lowest level since April 2021, while India’s Nifty 50 fell to Rs 16,240.05 on Monday. Hence, not only is the cryptocurrency market falling but so are stock exchanges.

Reacting to the bitcoin crash for the first time since 2021, CO-Founder & CEO at Unocoin, Sathvik Vishwanath says, “Given the downtrend of equity and commodity markets across the globe, the same is faced by the crypto markets as well. The trend may be short-term. We are seeing many who are averaging their positions so it may not be a bad time to get into the cryptos.”

According to the experts, the rising interest rates, ongoing Russia & Ukraine war, along with weakening economic activity, have created a risk-off environment such as this.

Furthermore, recently the Indian government has also raised the interest rates by 40 base points, following which, the US Federal Reserve announced an interest rate increase of 50 base points. Abhay Sharma, CMO at MetaOneVerse feels that these steps taken to tackle the inflation could attribute to the decline in the market.

“Bitcoin will start to stabilise when the bloodbath on Wall Street ends but right now many investors are still in panic-selling mode, Further-more we can expect more volatility in the coming weeks due to the global crisis and fear of recession,” he says.

Is it an opportunity to invest?

With bitcoin falling to its low, investors are speculating whether it’s a good time or not to invest in the bitcoin.

According to Sharma from MetaOneVerse, the long-term fundamentals remain in place for bitcoin and it is indeed a good time to invest in cryptocurrencies, “But a return to record highs will take a long time,” he says.

While others differ and recommend investors to stay cautious.

“For those looking to invest at this time, we would advise caution. Maybe invest a fraction of what was initially intended and monitor the market closely to invest more when it shows signs of recovery,” says Nilesh Jahagirdar, VP of Marketing at [x]cube LABS, a firm helping in the digitalisation of enterprises globally.

He suggested that the sudden plunge might be worrying for some investors, but it’s something the industry has seen before. The downward trend would probably continue for a bit before recovering. Whether it will get as high as November 2021’s US$ 69K is up for debate.