India acknowledges the potential of aircraft financing and leasing locally. That’s why the government is focused on establishing its own leasing industry and has taken favourable measures regarding it. With this, the stage is set for the Indian aircraft leasing businesses to take off and in the process, give new wings to the Indian airliner industry as well. 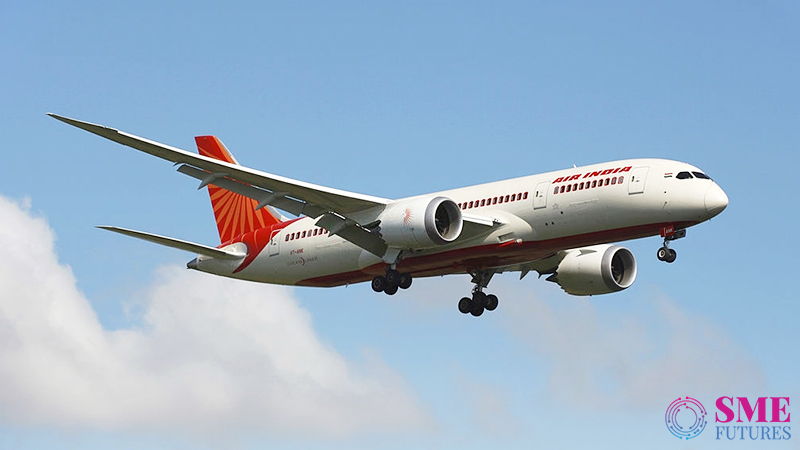 EY breakup: Project Everest is for the better!

Most of us generally assume that the airplanes that we fly in must be owned by the airline company that is plying them. However, this is not always the case. If you work in the aviation industry or have even dabbled in it, you probably know that airline companies sometimes lease aircraft rather than purchasing them. For all those who are unaware of this fact, this is going to be an interesting article because it will focus on how India is attempting to establish a leasing industry and analyze its market growth.

But first we need to know a few things such as-what is aircraft leasing, how the Indian aviation industry is faring and why is India focusing on making itself a leasing hub.

Consider this: a potential home buyer is looking for a flat in a residential society. They will contact the management of the society to book that house and the negotiations will commence towards that end. The next step is usually to obtain a home loan for a set period of time, that could be anywhere between 10 to 30 years. During this time, they can use the apartment however they want while continuing to pay the EMIs. Following the completion of the EMI period, the loan taker will become the owner of the apartment and will have the right to sell, rent, or live in it.

Aircraft leasing also works in a manner somewhat similar to this. An airline desirous of expanding its fleet, but not having enough liquidity to out-right purchase the planes can opt for leasing them instead.

And this is where the aircraft lessors come in.

They are the people that the airline companies lease their planes from for a hefty fee. There are two types of leasing: dry and wet. The lessor provides aeroplanes without crew members in dry leasing, whereas the lessor provides the airline with a trained crew, maintenance, and insurance in wet leasing.

Wet leasing is more profitable for the lessor because it charges the lessee an hourly fee.

In fact, according to US based lessor Air Lease Corp, aircraft leasing firms are buying more than the airlines. “Leased content has grown to around 60 per cent of deliveries,” states the company.

There are numerous reasons for this. To begin with, the aviation industry is rapidly expanding, and investments have increased as well. Then there’s the surge in air travel and the volume of freight, which is driving up the demand for aeroplanes. Other factors driving the industry’s growth include the rising market demand for fuel-efficient commercial aeroplanes, favourable tax policies, and low lease rates.

If we go by the statistics, aircraft lessors are rapidly expanding, not only in terms of numbers but also in terms of market size. According to Polaris Market Research, the global aircraft leasing industry was worth $290.07 billion in 2019. They estimate it to be $306.9 billion in 2020, with a 7.3 per cent annual growth rate. According to the research, the market will be worth $539.68 billion by 2028.

Ireland is the largest hub for aircraft lessors.

More than 60 per cent of these aircraft are owned or managed out of Ireland. After the Irish, it’s the Chinese lessors who dominate in this arena. From a mere 4 players in 2007, there are now over 20 Chinese aircraft leasing companies in operation.

Before delving into India’s aircraft leasing landscape, it’s worth noting how the Indian aviation industry has emerged as a major player in the global aviation industry in recent years. As of June 2021, it ranks fourth as the largest domestic aviation market, as per the International Air Transport Association (IATA).

Leaving aside the impact of the COVID-19 pandemic, the Indian aviation industry has experienced an unprecedented double-digit growth over the years, aided by lax regulatory frameworks. The PwC analysis says that this market has grown at an annual rate of 10.2 per cent from 2008–09 to 2018–19. When it comes to domestic travel, Indians are increasingly opting for air travel. This also means that domestic travel has overtaken international travel, with the two growing at 13.5 per cent and 8.2 per cent respectively in the same period.

For Indian airliners, the number of weekly flights has increased by 400 per cent from 2008 to 2018. At the same time, low-cost carriers (LCCs) dominate the Indian market, accounting for 65 per cent of all domestic seats and 52 per cent of the total capacity in 2018. According to Statista data, the market share of LCCs across India was at 82 per cent in the fiscal year 2020.

Navigating ahead, a Boeing market research projects that despite COVID-19 continuing to remain a near-term challenge, the country’s passenger traffic is expected to double from its pre-pandemic levels by 2030.

“Many more Indians will travel by airplane for leisure and business as incomes rise, tied to industrialisation and an economic growth rate in South Asia that leads all emerging markets,” said David Schulte, Managing Director of Regional Marketing, Boeing Commercial Airplanes in a statement. “With greater demand for domestic, regional and long-haul travel, we anticipate India’s commercial fleet will grow four-fold by 2039,” he further added.

Around 80 per cent of the total commercial fleet in India is leased compared to 53 per cent globally, as per the PwC report. That’s a lot!

So far, Avolon was the largest lessor to Indian airlines, with GE Capital Aviation Services and BBAM at the second and third positions respectively.

India sees a high number of leased aircrafts compared to the rest of the world due to several factors. The foremost being that it saves money.

Indian airlines are relatively new when compared to their global counterparts. And many of them have been reporting losses lately. Moreover, given the liquidity constraints in Indian markets on raising vast sums of money for aircraft purchases, the airliners prefer aircraft leasing for improved cashflow.

Leasing also provides operational advantages. With a variety of lease options, they can quickly increase or decrease capacity. At the same time, leasing is driven by liquid credit markets, low interest rates, high competition and demand. Which makes it an attractive financial situation for banks, lessors and even manufacturers. Whereas for the airliners, it’s a viable option in many ways.

Why does India need its own aircraft leasing hub?

Because it will accelerate the maturity and ‘Aatmanirbharta’ (self-reliance) of the Indian aviation sector.

But the thing is, till now India did not have any specific local legislation on aircraft leasing and finance. Which explains why Indian airliners rely on global markets for leasing aircrafts.

Also, for all these years India has remained far behind in aircraft leasing activity because of high taxes. To name some—5 per cent GST on aircraft import, GST on lease rentals, no exemptions from withholding taxes, stamp duty on instruments and documents executed and on interest amounts among many other such taxes.

At the same time, passenger traffic has increased overwhelmingly, prompting the airline companies to acquire more planes. That is an acquisition figure of over a 1000 aircraft approximately. Which implies that without a doubt, a lot of Indian money has moved out to other regions.

This fact has engendered the need for India to retain this business and have in place its own systems for the financing of such acquisitions.

Taking cognizance of the fact that aircraft leasing is a huge money-making enterprise, the government has been working on creating an aircraft leasing and financing ecosystem in the country. They named this initiative Project Rupee Raftar.

In October 2020, the government designated ‘aircraft lease’ as a ‘financial product’ on the recommendations of the Rupee Raftar working group. That can be offered by entities set up in International Financial Services Centres (IFSCs) in India. Or think of them as a special economic zone dedicated to financial services.

Accelerating the process, the government offered certain tax incentives to entice foreign lessors, as part of its budget announcement in 2021, to operate in the GIFT City. At that time, aviation industry experts had lauded this step by the government as something that would revolutionise the industry and would further assist in establishing the relevant ecosystem.

“The IFSC in India is enabling various structures and businesses, which otherwise were served from global financial centres,” comments Dipesh Shah, Head of Development, IFSC Authority, GIFT IFSC, in a statement. According to him, they are seeing great traction from potential lessors to set up bases at GIFT IFSC to serve both India as well as the global markets.

Since the announcement, many major players including Irish lessor Acumen Aviation, VMan Aero, JetSetGo, Investec, HAL-Alliance, SpiceJet and SBI have expressed interest in setting up leasing and financing services from GIFT City.

Vman Aviation became India’s first aircraft leasing company in July this year. The company placed their first order—an H125 helicopter in the same month and leased it in August to Thumby Aviation, a non-scheduled operator based in Bengaluru.

“Having an Indian lessor makes business easier and hassle-free for the operators in India. This will certainly metamorphose the general aviation business in India, bolstering its rapid growth,” stated Thumby Aviation.

In addition to that, domestic lessors will propel the Indian economy in six ways.

Can India be the next leasing and financing hub for aircraft?

India is already navigating ahead to become the third largest domestic civil aviation market and plenty of growth potential still exists. As leasing an aircraft has its own advantages. Since there is no capital investment in buying the aircraft, the freed-up capital helps in ensuring a better cash flow for the airline company. Which in turn is going to be beneficial for the aviation sector.

At the same time, the firms set up in IFSC will be deemed as non-resident entities under the Foreign Exchange Management Act (FEMA). Which will give the local lessors more power—access to cheaper debt from foreign markets and the ability to freely transact in foreign currencies. These steps along with the establishment of domestic aircraft leasing businesses, will propel India’s economy forward. Moreover, this new sector will generate a lot of job opportunities as well.

However, one pertinent question that comes to mind is that whether it would be possible for India to become an aircraft leasing hub? The answer is that it is possible, but it will require a lot more focus and support from the government. We can say that India’s aircraft leasing market is definitely set to become stronger, something that will surely accrue huge benefits for the economy of the country.